Glasgow is likely to produce a decision on the implementation modalities for market mechanisms under the Paris Agreement. However, those expecting that such a decision would lead to a flurry of investments into Article 6 transactions may see their hopes frustrated by governments’ and corporates’ lack of appetite for such transactions. But closing the Paris Rulebook will still be important, if only to put voluntary carbon markets on stable ground. 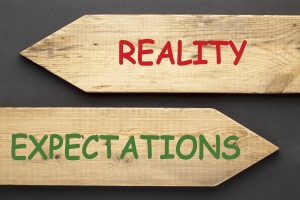 28 October 2021. In November 2021, the world’s attention will zoom in on Glasgow. Expectations are great for the 26th session of the Conference of the Parties to the UN climate change convention (COP-26) to deliver the implementation modalities for the carbon market mechanisms defined under the Paris Agreement. Many have high hopes that finalizing the implementation arrangements for the ‘carbon market’ Article 6 will open the financial floodgates for unrestricted carbon finance to flow into mitigation projects and programs, which is urgently needed, particularly in developing countries. While this is unlikely to happen, Glasgow may still send important signals to international carbon markets.

Climate finance must be urgently scaled – more money is needed, and pledged amounts need to be effectively and efficiently deployed. Carbon finance offers a financing modality that channels foreign direct investment into developing countries. Private sector driven carbon markets cannot replace public policy, but they can help to realize mitigation potentials in sectors, industries or regions where the reach of public policy is weak — due to a lack of political agreement, limited public finances, or difficulties reaching remote areas.

This is particularly relevant in the land sector which offers few bankable investment opportunities and is generally stripped of cash. A newly published paper finds that three quarters of cost-effective land-based mitigation potentials can be found in developing countries (10.7 GtCO2e annually). This makes about a third of the mitigation potential needed to achieve the 1.5 C Paris temperature goal. Activities such as reduced deforestation, restoration of forest ecosystems, carbon-rich agriculture, promotion of healthy diets yield high environmental, development and health benefits and can be implemented without further delays. However, so far only very small share of climate finance goes into the sector.

Carbon markets can help to fill this enormous financing gap. Sure, they are not without problems. They come with the risk of inflated emission reduction claims for the sake of profits; they draw finance only to a portion of available mitigation opportunities; and without safeguards tend to cement existing power structures. However, if backed by safeguards and robust accounting systems, they can deploy finance quickly and channel it into sectors in developing countries that offer mitigation opportunities while yielding additional sustainable development benefits. It is therefore understandable that many actual and potential market participants hope that an agreement on the implementation rules of Article 6 of the Paris Agreement may reduce implementation barriers and liberate this mitigation potential.

The question is whether the completion of the Article 6 negotiations will indeed mobilize new demand for carbon credits and opportunities for scaled carbon finance. This is certainly the preferred outcome. However, the agreement on the rules for carbon trading in Glasgow may also turn out to be another step towards a mirage of an internationally regulated and liquid carbon market — a mirage that won’t die, regardless how often it has gone up in scintillating air.

With few exceptions, developed countries have made it clear in their nationally determined contributions (NDCs) that their targets are to be met through domestic mitigation measures. A few countries, such as Switzerland and Sweden, have invested in Art. 6 pilots, but no country – with the exception of Japan – runs a substantive and large carbon credit purchase program. Instead, the development of new pilots has slowed down since 2019, as pressure on developed countries is increasing to refrain from acquiring carbon offsets. Twenty years have passed since the start of the Clean Development Mechanism (CDM, agreed in Marrakech at COP-7), and while acceptable back then, public opinion has since withdrawn permission for developed countries to use offsets to meet their climate targets. Even if donors decided to engage with Article 6, it would most likely be through public trust funds, where funds notoriously sit parked for a long-time before being deployed. It is therefore rather unlikely that public finance will flock towards Article 6 mitigation upon return from Glasgow.

Companies also remain tepid with respect to a UNFCCC-regulated carbon market. Until now, companies have been largely absent from efforts to develop projects under emerging Article 6 modalities. This is unlikely to change. Subjecting their efforts to the rules of Article 6.4 Paris Agreement—the article that foresees non-government engagement—does not seem an attractive proposition to corporate buyers.

There is no ‘compliance push’ driving corporate buyers to Article 6 approved “internationally transferred mitigation outcomes,” which, so far, are not recognized compliance instruments under domestic carbon pricing schemes. Whatever the results of Glasgow will be, regulation of carbon trading under Article 6.4 of the Paris Agreement will depend to a significant extent on host country regulation, oversight, and institutions, such as registries, and public offices ensuring proper accounting and issuing approvals. To be able to issue and track tradable units and to make ‘corresponding adjustments,’ countries will have to have built sophisticated institutions and capacities. This is unlike the CDM, which benefitted from tight international regulation and integration into the cap-and-trade infrastructure of the Kyoto Protocol. The CDM also generated credits that had compliance value under the EU Emissions Trading Scheme. From the perspective of private investors and project developers, engagement with Article 6 amounts to a looming nightmare of bureaucracy, which is unlikely to be worth engaging  with to meet voluntary corporate commitments.

By contrast, the private sector is ready to invest and has shown a boom of interest in carbon market activities. While investments in decarbonizing their own operations and supply chains must take priority, companies have shown strong interest in investing in voluntary carbon markets—including in developing countries—as part of broader climate engagement strategies. For many companies, the voluntary carbon market is tested, and methodologies known and available.

However, agreement on Article 6 implementation rules is still relevant.

Article 6 may not result in large new investments. However, for a number of reasons the finalization of the ‘market’ rules of the Paris Agreement is still relevant:

A completed Paris Rulebook provides an important element of the regulatory puzzle. Government engagement in carbon markets has obvious benefits: it reduces investment risks and ensures alignment of investments with policies. By contrast, voluntary carbon markets have the benefit of being flexible and independent of government regulation, bureaucracy, and they are less exposed to government challenges such as corruption.

Article 6 may motivate governments to engage more strategically with carbon markets. This includes a decision on how carbon markets can drive mitigation, and complement public efforts to reduce greenhouse gas emissions and enhance removals. Clarity on Article 6 can provide clarity on carbon accounting and empower countries to clarify where and when they support carbon market transactions, including those related to the voluntary carbon market. In the best case, Glasgow can ‘settle the case’ of Article 6 rules, and provide confidence to investors that it is worthwhile to invest in nature.

Charlotte Streck is a co-founder and managing partner of Climate Focus. She is a renowned international expert on climate change mitigation, forests and agriculture. She serves as an advisor to numerous governments and non-profit organizations, private companies, and foundations on legal aspects of climate policy, international negotiations, policy development and implementation.