Guatemalans have engaged in projects to save their highly valuable forests for more than a decade. Now they’re pioneering the nesting of projects in a national strategy – a process that requires a careful balancing of public and private interests. 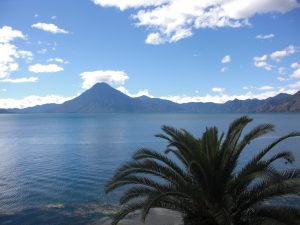 27 May 2020 | Guatemalans who defend forests have often risked their lives to do so, and they were also among the first in the world to engage in civil society-led projects to reduce emissions from deforestation. As early movers, they pioneered governance and benefit-sharing models that are currently being used by many projects around the world. Now, the country is taking new steps to “nest” those early stand-alone projects in a national REDD+ strategy.

The Guatecarbon Project, for example, was established in 2007 and builds on cooperation between the National Parks Authority (CONAP) and the Forest Communities of Petén. It covers over 721,000 hectares and relies on government-designated community forest concessions. The project is designed to protect the Mayan Biosphere Reserve and support local communities.

Guatemala’s forests form part of the Mesoamerican biodiversity corridor, the strip of land that links South America with North America and contains between seven and ten percent of the world’s known species. Back in the 1950s, these forests covered more than 60 percent of the country, but large areas of this biodiversity hotspot have been lost.

Major rural transformation has driven forest clearance for crop production, cattle ranching, and urban area expansion. Unequitable land distribution and a poor land tenure regime have contributed to deforestation. Today, the forest covers only 33.5 percent of the country. While deforestation has slowed in the past few decades, it still ranges between 30,000 to 40,000 hectares a year.  Livestock production has accounted for 73 percent of the deforestation since 2006, whereas agricultural production (staple crops, oil palm, rubber, sugar cane, and coffee) has accounted for 21 percent.

Lately, Guatemala has seen increasing deforestation in the Laguna del Tigre, the country’s largest national park, which has lost 30 percent of its forest cover since 2001. The clearing of forests for cattle ranching has been facilitated by weak governance, poor budgets, and scarce enforcement of protected areas. Furthermore, drug trafficking exacerbates deforestation in the protected areas in the north of the country, by capitalizing on cattle operations to gain access to territory, launder money, and smuggle drugs.

Despite these challenges, Guatemala has set for itself the ambitious goal of stabilizing its forest cover at the 2019 level, and REDD+ is key to achieving this. The government started preparing its national REDD+ strategy in 2012 and last year finalized and submitted its Emission Reduction-Program (ER-Program) to the World Bank’s Forest Carbon Partnership Facility (FCPF)’s Carbon Fund. In addition, the Government of Guatemala has leveraged a total of USD24 million through the World Bank’s Forest Investment Program, to support the upscaling and improvement of forest incentives programs in 47 prioritized municipalities.

Current efforts build on earlier policies geared towards protecting the country’s precious ecosystems. The Government created the Protected Areas System in 1989, and in 1997 it pioneered payments for ecosystem services (PES) in its Forest Incentives Program (Programa de Incentivos Forestales, “PINFOR”, which later became “Probosque”). In 2010, it launched the incentives program for small forest owners and agroforesters (PINPEP).

These PES programs create incentives for landowners and managers -with or without formal title- to restore, protect and sustainably manage forests. Guatemala also adopted a forward-looking Framework Law on Climate Change, which provides grounds for the implementation of a REDD+ national program and authorizes REDD+ projects.

Guatemala’s REDD+ strategy aims at improving institutions and enforcement and creating incentives for sustainable livestock production and agricultural supply chains. Turning the strategy into action will require a reform of forest policies, as well as the strengthening of institutions and governance. The national REDD+ strategy – operationalized in the ER-Program – builds on existing incentive programs, PINPEP and Probosque. It also relies on the cooperation with existing civil society efforts, and integrates the Guatecarbon and Lacandón projects and, upon VCS registration, the Reddes Locales para el Desarollo project into the program.

Guatemala’s REDD+ projects are located in regions of the country with low levels of governance. These projects have been developed and implemented with the support of communities and smallholders, and they have managed to measurably (and visibly) reduce deforestation in their project areas.

Most of the existing REDD+ projects rely on close cooperation with national authorities, and some, such as the Guatecarbon project, are designed as part of a public-private partnership on the basis of community concessions. Others, such as the Reddes Locales para el Desarollo project, are developed in close cooperation with national entities and municipalities.

Integrating forest carbon projects into Guatemala’s national REDD+ strategy makes “nesting” an essential task. For Guatemala, nesting implies harmonizing carbon accounting and measurement across projects and with the national greenhouse gas monitoring system. Most immediately, the country is working to align project baselines (i.e. assumed “business as usual” emission levels used to estimate emission reductions) with the baseline, or reference level, that has been developed for the ER-Program proposed to the FCPF Carbon Fund.

The project baselines were originally established using methodologies that approved for VCS projects. However, these are not completely compatible with the methodological framework of the FCPF Carbon Fund. Their integration into the ER-P reference level results in a substantial cut in projected emission reductions for the projects. This means that the integration of projects into the ER-Program poses technical and political challenges to both the project owners as well as the government.

However, over the last weeks, there has been progress in determining how projects and the government’s ER-Program can be implemented and generate emission reductions simultaneously. The Government of Guatemala has led numerous rounds of consultations with representatives of the REDD+ projects and other stakeholders. This process – which benefited from a cooperative spirit and goodwill from all sides – resulted in the adoption of a National Nesting Strategy. The principles of that strategy have been reflected in the Benefit-Sharing Plan for the ER-Program and will also be included in a national regulation that guides the implementation of the national REDD+ strategy. This Benefit-Sharing Plan regulation will formulate the rules and procedures for REDD+ projects to participate in the proceeds of carbon sales to the FCPF Carbon Fund, but also allows projects to market a portion of their carbon credits independently.

As elaborated in an earlier blog in this series, efforts to account for emission reductions from stand-alone projects and broader jurisdictional efforts often lead to confusion.  Nesting provides a solution to organize—as well as incentivize—efforts at different scales.

In Guatemala, the methodological approach for nesting project baselines into the national reference level is based on a set of principles discussed and agreed upon by the stakeholders. It is designed to integrate and reflect the conservation successes of early REDD+ projects, but also consider variables related to deforestation and degradation risk.

Specifically, the government-approved reference level for the ER-Program is divided into portions or ‘quotas’. In assigning the quotas, two sets of criteria will be used: a primary set of criteria, which is based on the current forest cover and the deforestation/degradation rate in a recent period; and a secondary set of criteria, which depend on whether the covered forest belongs to a protected area, water recharge areas, or a potential restoration area. The primary criteria have a higher weight than the second criteria because they help identify and reward the greater effort needed to implement actions in areas where the risk of deforestation is highest. The secondary criteria allow for the prioritization of areas where the government is implementing natural resources management and conservation actions.

Actual emission reductions will be measured using the national monitoring system, which is capable of estimating emissions and removals during the reporting period in the various areas of interest.  New projects may be developed that do not overlap with existing projects; quotas will be estimated for such projects.

Cooperation is of the Essence

Guatemalan governmental institutions and national stakeholders have faced considerable difficulties in designing a national nesting approach to reconcile the different positions and sometimes conflicting interests among projects and the ER-Program. Yet transparency and close cooperation and intensive discussions among all national actors, and ensuring proper inclusion of REDD+ projects’ interests, has proven to be the right approach for Guatemala.

A united front to defend the common position developed by public and private actors is now needed as Guatemala enters the final phase of negotiating the sale of emission reductions with the FCPF Carbon Fund. Moreover, strong local and national agreement on the implementation of REDD+ is essential to ensure the outcome of this negotiation process is considered legitimate, particularly by actors who risk their lives protecting forests in remote areas of the country.

Stanislaw (Stasiek) Czaplicki Cabezas is a land use consultant with Climate Focus. Before joining Climate Focus, he worked for the Food and Agriculture Organization of the United Nations (UNFAO) as an economist.

José Maria Michel is an independent consultant on climate change and natural resources, currently focused on REDD+ and MRV. He has previously worked for the Food and Agriculture Organization (FAO) and the World Bank.