Governments, indigenous and local communities, as well as private landowners can all earn carbon income for managing their land sustainably, but the carbon rights that they transact vary widely depending on the legal context. 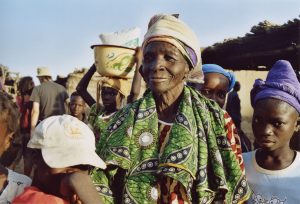 27 March 2020 | The question of ‘carbon rights’ to forests is a question that’s dogged proponents of REDD+ (or REDD-plus) since before the acronym was coined a decade ago, and it’s one with multiple answers depending on which carbon transaction or REDD+ implementation strategy you’re looking at. Halting deforestation and participating in REDD+ – whether through results-based-payment programs, jurisdictional or project-level REDD+– involves understanding carbon rights – a term that is, itself, a misnomer. This article, another contribution to our “Shades of REDD+” series, will raise and discuss a few of the carbon rights relevant to tropical forest countries.

First, governments face the challenge of meeting national forest and climate goals, including those communicated in Nationally Determined Contributions (NDCs) under the United Nations Framework Convention on Climate Change (UNFCCC), while recognizing the rights of communities, private land owners and others that manage or use forests. Countries account for greenhouse emission reductions and removals to report progress or achievement of the goals in their NDCs. These goals can cover particular sectors or the whole economy, and 77 percent of the current NDCs also consider forests.  An unresolved question is whether the calculation and recognition of emission reductions under voluntary carbon market standards such as Verra’s VCS should be reflected in NDCs, i.e. if countries should deduct the number of emission reductions that private actors have transferred to actors in other countries from their NDC accounting. While it falls in the responsibility of standard setters to address the risk of double counting and the avoidance of misleading claims, legal issues arise where countries decide to regulate voluntary carbon market transactions – either to follow the guidance of standards or complying with conditions formulated by agreements with donors.

A solution that treats voluntary carbon market units in the same way as emissions accounted for under NDCs -devised to address double counting of emission reductions- risks conflating private standards and international law, with their different stakeholders, accounting systems, definition of carbon credits, and legal treatment. A transaction in relation to a particular piece of land and a specific ecosystem services – such as a voluntary carbon market transaction- is different from pledges under NDCs. Such pledges cannot be traced to defined parcels of forest and are not linked to a particular activity, they rather relate to the mix of land use policies and private activities, which the government seeks to influence through regulation, standards and subsidies. It is therefore important that countries differentiate between NDC accounting and private rights defined under national law.

Second, ‘carbon rights’ need to be understood, defined, allocated. Only very few countries have defined carbon rights on the basis of their laws and, if they do, definitions are context dependent. In New Zealand, for example, the forestry sector is covered by the national emission trading system and landowners can apply for “New Zealand units” for forests that they commit to conserve. In Guatemala the national climate change law clarifies that the rights to “emission reduction units” rest with those that invest in and develop carbon market projects.  Where transactions happen under a particular policy or law, such as the New Zealand emissions trading system, specific rules and regulations apply and the value of the emission reduction or removal is based on its recognition under this system. In all other cases, including in the case of Guatemala, where the law confirms a pre-existing right, transactions take place on the basis of the general principles of law.

The different circumstances that lead to the allocation and creation of a carbon right means also that a carbon right can – depending on the context- be qualified as a government permit, a service, a good or a financial instrument. For the forest sector, in almost all cases, the right to sell ‘carbon’ follows the property or community management rights over the land and forest or the right to enjoy their benefits, e.g. timber or non-timber products. The carbon rights relating to specific ecosystems services are thus an extension of the right to the land held by an individual, a community, a sub-national jurisdiction or a national government, depending on who owns and manages the land. Unfortunately, in many countries there are layers of different, partly conflicting, rights governing land use. In these cases, communities, private landowners, and companies have to contractually agree how to share rights and responsibilities before they can develop a project and register it under a carbon standard.

Third, the notion of forest carbon rights is particularly complex due to the various layers of customary and statutory rights of subnational public entities, communities and private entities that manage and use forest resources in many countries. There is also a high incident of conflict and violence associated with land right claims. Carbon rights add another layer of claims over an already contested set of land claims. Among those particularly affected are indigenous peoples and local communities that have strong historic, traditional and customary claims to forest land, but whose rights remain inadequately defined and recognized. They have been traditionally – and for a reason- skeptical of any market-based REDD+ implementation.

Under these circumstances, the discussion about carbon rights often becomes a proxy discussion about the fair recognition of ancestry and current claims. This also means that carbon rights can only be clarified if the underlying land situation is recognized and clarified. While this may take years, it has been shown that a participatory and transparent approach can involve local communities and agencies in public programs and private projects already now. The GuateCarbon forest carbon project in Guatemala is a good example for a successful REDD+ project implemented by the national park authorities and local communities, with the support of international organizations such as the Rainforest Alliance.

Forth, any regulation of carbon transactions has to be undertaken within the boundaries of the constitutional and legal system of each country. The fact that a government negotiates results-based payments for REDD+ emission reductions with another government may provide an incentive to regulate the forest and land sectors, but it cannot provide a basis for ignoring existing rights under national law. Prohibiting the engagement in voluntary carbon market transactions would require a formal law which has to pass the test of constitutionality. In most developed countries and other systems with strong protections of private property any law restricting the enjoyment of such property would have to pass high legal hurdles and be necessary to defend the public good. Where governments ask communities or private entities to protect forests but nationalize the forest carbon rights, under a legal concept such as ‘eminent domain’, they would have to pay compensation for such taking.

Finally, all this does not answer the answer on how a country should implement REDD+. In most cases it will require a mix of public regulation, strengthening governance, combatting illegality, clarifying land tenure, protecting critical ecosystems and designing national forest and land investment and community forestry programs. Integration of REDD+ projects into the national system avoids violating pre-existing rights and helps enlist local actors in forest protection. Nesting projects in national accounting systems helps to reconcile the different levels of accounting and can promote more robust project baselines. In some countries, the legal system and land ownership regime may demand the direct involvement of private actors through various incentive systems (e.g. voluntary carbon markets), in others national REDD+ benefit-sharing system may be the most efficient way to transition towards long-term sustainable landscapes. In some countries, the rights of indigenous peoples and local communities will be strengthened through contracts with national governments, in others they may decide to engage in their own programs and activities. There is no single recipe for REDD+ implementation and the reliance on non-state actors will depend on each individual case, but in the end there will always be a mix of public regulation and private engagement needed to ensure a transition to resilient rural landscapes and protected forests.

REDD+ (or REDD-plus) REDD+ (or REDD-plus) refers to “reducing emissions from deforestation and forest degradation in developing countries, and the role of conservation, sustainable management of forests, and enhancement of forest carbon stocks in developing countries”, a framework agreed under the UN Framework Convention on Climate Change and via its Article 5 waived into the Paris Agreement.

Charlotte Streck is a co-founder and director of Climate Focus. She serves as an advisor to numerous governments and non-profit organizations, private companies, and foundations on legal aspects of climate policy, international negotiations, policy development and implementation. She is also a renowned international expert on climate change mitigation, forests and agriculture.