Deforestation is increasing around the world, and we need a Marshall Plan for Forests. But who will fund it? In this installment of the series “Shades of REDD+”, we look at two sectors that may soon comprise the largest source of demand for forest carbon credits. Both can be part of the solution, but only if key criteria are met. 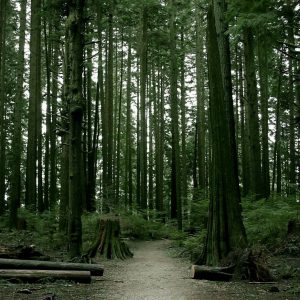 17 September 2019 | Over the past year, energy giants Shell, BP, Total and Eni have announced climate mitigation goals that include offsetting emissions through financing forests.  Shell and Total together have pledged 200 million US dollars per year on forest protection or restoration. Only five donor governments—Germany, Japan, Norway, the United States and the United Kingdom—provide annual contributions to international forest finance around or exceeding this amount.

Meanwhile, airlines that have international routes will be soon be forced to hold their emissions at 2020 levels beginning in 2021 – something they can partly achieve by reducing the weight of planes or fuel switching, but will ultimately involve some form of “offsetting” or paying others to reduce emissions or to remove greenhouse gases from the atmosphere. Negotiations are continuing, and we’ll soon know whether that may include offsets generated by planting trees or conserving forests.

This new wave of finance elicits schizophrenic feelings from the environmental community, long the champions of forest conservation.  Some react with vehemence, saying that oil companies are just greenwashing, or that aviation should not use forest credits as a substitute for emitting fossil fuels.  Others feel it is a double-edged sword—a welcome relief for underfunded conservation efforts but, at the same time, leaving them worrying about the overall impact on the climate.

This leads to the question: What role can oil and aviation play in the proposed “Marshall Plan for Tropical Forests”?

Offsetting:  Only for extra credit

We all know that the world needs to increasingly avoid emitting greenhouse gases into the atmosphere.  The Paris Agreement suggests that by mid-century we must be ‘carbon neutral’.  Therefore, governments, companies and individuals must: First, wherever possible, avoid using fossil fuels. Next, we must reduce fossil fuel use. Only lastly, where it is currently extremely difficult to either avoid or reduce, can we consider “offsetting” our residual emissions.

Offsetting is therefore a stopgap measure. Any company must demonstrate first and foremost ambitious efforts to avoid emissions, and then reduce them, before being given social license to use offsets.  There are differences in the way companies use forest or nature-based offsets.  For example, they may use such offsets against emissions from their own operations or from the generation of purchased energy (called Scope 1 and Scope 2 emissions).  Or, they may use them within their value chain (called Scope 3 emissions)—for example, offering such credits to downstream consumers that wish to reduce their carbon footprint.  Companies also buy units to meet compliance targets or to go further as part of voluntary efforts, i.e. self-imposed targets, which vary widely in terms of ambition.

While the practices of oil and aviation companies should be scrutinized, there is no doubt that such finance could help fill the funding gap in the land-use sector. As mentioned previously, protecting and restoring forests is one of the most underfinanced climate mitigation opportunities—one that comes with some of the strongest social and environmental benefits. Private finance is also faster, more flexible, and more nimble than public funds—which are chronically slow to deploy.

In sum, yes, finance from oil and aviation—or any company that supports forests—should be part of the Marshall Plan, but only under certain circumstances.  There is a need to more clearly define when and how companies may use or claim offsets and be considered environmentally and socially responsible.

Off-taking:  Only A+ rated credits

Companies can either invest directly in forest projects or act as an off-taker of credits generated by others. Whether companies use credits to offset their emissions or to offer consumers “carbon neutral” fuel or flights, the quality of the emission reductions should be sound—to ensure that a ton emitted is truly being offset by a ton (or more) purchased.  In other words, the Marshall Plan should not include finance for forests that comes at the expense of climate mitigation.

All carbon units are not created equal.  Some have high integrity and others suffer from questionable additionality (meaning it’s not always clear that the claimed tons of carbon stored or emission reductions actually happened), potential impermanence (meaning the forest restored and credited may be cut down in the future), and unaccounted leakage (meaning it’s not always clear that the deforestation didn’t just move to another area).

The new wave of finance from oil and aviation should motivate standard-setting bodies and civil society organizations to revisit standards and methodologies used to estimate emission reductions from forests and set a high bar for their use as offsets.  Oil and aviation companies, with their current market leverage, should also play a role in improving the quality of forest offsets by setting a high bar.

In recent years, there has been an increase in climate action.  One issue that many worry about is called “double counting” – or the concern that emission reductions may be claimed more than once.

The Paris Agreement focuses on national commitments and national accounting.  It states that any given emission reduction can only be counted towards one country’s Nationally Determined Contribution (NDC).  So, for example, a country may develop a compliance system designed to help meet its NDC by requiring companies to either reduce their emissions or purchase carbon credits.  If credits are purchased overseas, they may require that such credits come with an “NDC adjustment”. In other words, the country that the credit comes from must subtract that emission reduction from its own national account.  This is also the case for airlines under the International Civil Aviation Organization’s (ICAO) scheme, i.e. airlines that wish to use offsets to meet given targets must purchase ones that have the NDC adjustment from the host country.

Conversely, voluntary crediting currently occupies a “no-man’s land”.  Let’s say a company in the Netherlands or the UK buys a forest carbon credit voluntarily from a project in Peru or Indonesia.  Both European countries have said they would not use such credits towards their nationally determined contribution.  In this instance, the Paris Agreement suggests Peru or Indonesia may then count that emission reduction.  However, some suggest that every emission reduction should only be used or claimed once, i.e. every offset, even those voluntarily purchased, must come with an NDC adjustment.  Others suggest there exists a parallel universe of private transactions, where companies may purchase and claim offsets that are separate, or “offline”, from Paris Agreement accounting.

The question is:  Which scenario results in more emission reductions?  On one hand, a strict interpretation of double counting could lead to higher ambition and more emission reductions if countries take their NDCs seriously—both in setting their own targets and achieving results. However, it could also have unintended consequences, including incentivizing weak country targets (to leave headroom to sell carbon credits).  Or, it could stifle investments and finance for emission reductions—including and especially for forests, which currently run outside many compliance-based schemes—if companies are told they can only use offsets with the NDC adjustment.

This is particularly true in the near term, as companies are ready and willing to invest in forests, but there remains much uncertainty as to whether, and if so how, countries may be willing to give up such emission units. Where such investments are voluntary, they simply may not happen if a narrative is generated where voluntary crediting—i.e. the case in which a forest country “keeps” the emission reduction in its national reporting supported by a company or consumer claiming they have catalyzed the reduction—is not an appropriate or credible approach.

Finding answers between the extremes

The forest carbon community, especially those engaged in REDD+ (Reducing emissions from deforestation and forest degradation and the role of conservation, sustainable management of forests and enhancement of forest carbon stocks in developing countries) often wages wars within itself when staking positions at opposite ends of a philosophical spectrum.  Good answers often lie somewhere between the extremes.  This instance—whether to embrace finance from oil and gas or repudiate it—is a case in point.

Simply saying to companies “no offsets, period” is likely not optimal—particularly when such companies are doing their part to avoid and reduce emissions.  It is also not appropriate to give social license to companies for unconstrained offsetting. There is a place at which to turn the dial that optimizes finance for forests and emission reductions and we, as a community, should seek to find that space.

Until our community has a pragmatic discussion on this issue—rather than setting two discourses at opposite ends of the spectrum—we are unlikely to mobilize the potential for oil and gas to contribute, responsibly, to both fossil fuel reductions as well as the Marshall Plan for Tropical Forests.

That’s as true in climate as it is in water and biodiversity, which is why Ecosystem Marketplace has been covering the interplay between economy and ecology since 2005 – long before it was trendy. If you like our work and want to see more of it, then pitch in to help us increase our coverage at this critical time.

You can help out with a one-time donation, or become a sustaining member for as little as $1 per month.

You can also follow our coverage of REDD+ on the Bionic Planet Podcast, which is avaiable on iTunes, TuneIn, Stitcher, and on this device here:

Donna Lee is an independent consultant and serves as an advisor to governments, multilateral organizations, private companies and non-profit organizations; prior to this, she was a State Department official and represented the U.S. in climate change negotiations for several years. She considers herself a proud member of the “REDD+ community” since 2007.

This story is part of a continuing series called “Shades of REDD+”, which is a companion to the intermittent series “Forests, Farms, and the Global Carbon Sink“. Check back for the next installment, or scroll to the end to sign up for e-mail alerts when new installments post.