Carbon finance is growing and countries are faced with an array of choices—including whether to pursue projects, nesting or jurisdictional REDD+, which standards to use in doing so, and what finance opportunity to pursue.  The landscape can be a confusing array of options.  In this contribution to the Shades of REDD+ series, targeted for forest countries, we try to demystify three opportunities to capture finance for jurisdictional REDD+ performance. 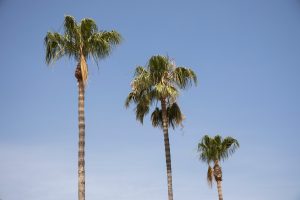 13 May 2021 | Last month, several donor governments and companies offered to pay countries for emission reductions measured and issued under the Architecture for REDD+ Transactions (ART).  Just the week prior, Verra issued the revised Jurisdictional and Nested REDD+ (JNR) standard, v4.0.  And last week the Green Climate Fund (GCF) held a dialogue to inform the next phase of REDD+ results-based payments under the GCF.  These three represent the available “open” carbon finance opportunities for forest countries (noting that the Forest Carbon Partnership Facility’s Carbon Fund only allowed a limited number of countries to apply and is now closed).

This may leave some forest countries perplexed over which avenue to choose—ART, JNR or the GCF? Is one of these better than the others?  Our view is simply that it depends on the country. A country may find that one option is a better fit for their context than another.  In this blog we do not opine on the stringency of the standards, nor whether companies should prefer purchasing credits from one over another.  Rather, we explain the differences and, in doing so, hope to help countries consider the options available to them.

Note:  A more detailed comparison of the three initiatives can be found here.

One of the key differences between the GCF, compared to ART and JNR, is that the GCF is providing non-market payments for emission reductions rather than a carbon credit transaction.  While it is true that a country may use ART or JNR as a means to make a non-market payment, the GCF to date has been the best fit for countries that are looking for financial recognition for REDD+ performance, but not interested, or yet ready, to sell carbon credits.

REDD+ payments under the GCF are based on countries’ REDD+ submissions to the UNFCCC.  Such submissions are technically assessed by expert review teams and then undergo additional scrutiny by GCF technical experts.  Unlike ART and JNR, emission reduction claims are not ‘audited’ by an independent third party.  There is more flexibility under the GCF with respect to technical issues such as the stringency of data, or methods to set baselines, and therefore may also be a good fit for countries that are in early stages of developing forest monitoring systems.

The GCF may also be a good fit for countries that do not yet have clarity on carbon rights, or that by law cannot sell ‘national scale’ carbon.  Because the GCF is not a ‘market-based’ instrument, however, it does not engage the growing private sector finance interested in market-based credits.  Whether the GCF Board decides to fund another phase of results-based payments will likely be decided this year.

If the GCF is a good fit for countries that do not wish to sell carbon credits, or for countries that cannot yet meet a market standard, then what is the key difference between ART and JNR?  Both purport to be ‘market-based’ standards.  However, they were developed with different objectives in mind: ART was created to incentivize government policy change, while JNR’s main goal is to promote credibility when accounting for emission reductions at various scales.

There are actually more similarities between these two standards than differences.  Both have prescriptive requirements for measuring and monitoring greenhouse gases.  They both use a pooled buffer to manage reversals and require leakage discounts.  The specific provisions around these may differ – and therefore countries will want to look closely at each standard – but the broad outlines are similar.

One major difference, however, is that ART may offer the opportunity to generate jurisdictional credits for reforestation.  It may also offer a more flexible baseline for “high forest cover, low deforesration” countries.  ART’s standard, called TREES, is currently underoing public review for changes that would enable these new provisions.  By contrast, the current version of JNR only allows crediting for emissions from deforesration and forest degradation and does not have special provisions for countries with low deforestation rates—although Verra has stated that future changes to JNR may provide such flexibility.

Another major difference between ART and JNR is that JNR provides provisions for “nesting” projects into a jurisdictional program.  Where a country aims to catayze up-front, private sector finance for investments into operational activities, nesting supports this goal by carving out site-specific areas for such finance to flow.  Nesting may also be useful where land tenure and carbon rights are diffuse and respecting such rights is challenging with an “only jurisdictional crediting” program.

JNR’s provisions are more prescribed with regard to transparency in benefit-sharing mechanisms and protecting the rights of non-state actors (indigenous peoples, local communities, landowners, or anyone that may have a claim to the carbon in forests). By contrast, ART is more specific than JNR on safeguards—although if a country combined JNR with an additional safeguards-focused certification, such as the REDD+ Social & Environmental Standards, the certification would compare well to ART.

ART is set up to drive countries towards mitigation efforts at a national scale, while JNR seems comfortable with project-based approaches and medium-scale jurisdictional programmes. For TREES, subnational programmes have to be very large (in excess of 2.5 million hectares of forests) and such programmes can only receive credit up to 2030—after which time they must transition to national scale crediting.  JNR is more flexible and offers a “bottom up” option—allowing direct crediting at local scales—within a national framework for REDD+.

Conclusion:  It all depends…

In conclusion, countries have several options for accessing results-based REDD+ finance – and it depends on their circumstances which of the options is most advantageous to them.  For example:

Multiple standards may be confusing at first, but ultimately is a positive development—offering different pathways to encourage mitigation for the many different circumstances of forest countries.

Part Twenty One: Beyond carbon – evaluating the sustainable development co-benefits of carbon projects