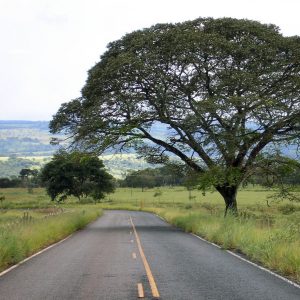 13 January 2023 | Voluntary carbon markets are vulnerable and could shrink rather than grow in 2023. Not linked to a stable driver of compliance demand, voluntary markets depend on the financial or reputational benefits they bestow on investors and carbon credit buyers. If the costs of engagement outweigh the benefits, carbon markets can quickly lose steam. There are two main reasons that contribute to an erosion of trust in the benefits of carbon market engagement: a proliferation of oversight initiatives that seek to improve the supply and demand of carbon credits; and the unclear relationship between Article 6 of the Paris Agreement and voluntary carbon markets, including the role of ‘corresponding adjustments’. Efforts to limit the space of legitimate use of carbon credits by companies, shrinking transactional volumes in 2022 and larger buyers exiting the market may be a first indication that the market is cooling.

A cacophony of codes, principles, and protocols

Over the last year, a multitude of regulators and standard setters have deliberated over proposals on how to control, steer and improve carbon markets. These markets continue to operate largely unregulated by governments, encouraging private initiatives to formulate their own rules for market oversight—both on the supply and demand side.

Initiatives that engage with corporate climate efforts discourage offsetting. The Science-based Target Initiative (SBTi) provides companies that adopt SBTi-approved targets with a path to reduce emissions in line with the temperature goals of the Paris Agreement. These pathways do not foresee offsetting as a viable strategy therefore companies cannot use offsets to meet their SBTi targets. Overall, concerns about carbon markets facilitating corporate ‘greenwashing’ are mounting. Restrictions on offsetting resonate well with traditionally skeptical NGOs when it comes to carbon markets. They often reject any form of carbon markets as a scam and claim that carbon markets worsen the climate and nature crises.

Risk of greenwashing can be avoided through clear and transparent corporate claims.  Over the last year, several public and multi-stakeholder initiatives have sought to provide guidance on corporate climate claims. Most notably, the VCM Integrity initiative (VCMI) has set out to provide guidance on the “high integrity voluntary use of carbon credits” by companies and the associated claims. In July 2022, the VCMI published a draft VCMI Claims Code of Practice for consultation; a final version of the Code is expected to be released in the first quarter of 2023. Governments also become increasingly concerned about the use of carbon credits in corporate climate strategies. Both the U.S. and the E.U. are in the process of drafting climate-related and sustainability disclosure regulation that seeks to address climate-related risks, including information on the use of offsets.

Pursuing legitimate goals in themselves, the sheer number of initiatives that publish quality criteria for credits and claims create a perplexing investment environment. Even for the expert observer it is hard to understand how the various efforts will eventually complement each other. Some rules seem redundant to existing standards and others hardly practical. It does not help that almost all codes, principles, and guidance rally under the same elusive concept of “integrity.” The term’s inflationary use[1] seems to be fueled by its convenient vagueness. What is meant with integrity in the different contexts remains often unclear. It may mean to engage or not engage in carbon markets, to acquire or not acquire carbon credits, to use or not to use them against corporate climate goals. While integrity describes an outcome that implies trustworthiness, the various initiatives so far have done little to ensure market confidence.

The unclear relation between the Paris Agreement and voluntary carbon markets motivates government regulation. The outgoing year also saw an increase in government interest in regulating carbon markets. For developing countries, regulatory attempts are driven by a mix of concern and opportunity; concern that the corporate use of carbon credits could result in host country liabilities and opportunity to benefit from the proceeds of carbon credit sales. Two recent examples of developing country regulatory efforts are the rules adopted by Indonesia that link offset sales to the adoption of sectoral mitigation strategies and Ghana formulating rules for corresponding adjustments.

Carbon markets between integrity and desperation

While regulators and standard setters come up with a continuous stream of ideas on how to enhance its integrity, market participants add to the confusion. Responding to a mounting frustration that comes with uncoordinated and unpractical rules, an increasing number of initiatives tries to circumvent traditional carbon market rules like methodology development, consultations, and strict verification protocols. The engagement of blockchains in ‘laundering’ old Zombie projects or proposals to generate carbon credits from stratospheric geoengineering does not help the market to build confidence. Concerns have also been expressed with respect to large sovereign REDD programs that issue carbon credits that do not meet the standards of carbon market rules, or use crediting programs that issue credits for non-additional emission reductions and removals (such as the ART/TREES high-forest low-deforestation credits.)

While such efforts do not help carbon markets’ reputation, at this moment voluntary carbon markets remain the most effective cooperative tool to channel finance into mitigation projects and programs in developing countries. As public finance for climate finance remains shockingly scarce, it may be worth thinking twice before demonizing carbon markets. Rather than suppressing demand, constructively thinking on how to grow demand and channel finance at scale into mitigation efforts in developing countries could prove valuable. Safeguarding carbon markets means considering the drivers of demand that depend on carbon market integrity, defined as fair and transparent, confidence-inspiring rules.

Finding a way through the maze

Confidence in carbon markets depends on clear and transparent rules of engagement. Ideally, government bodies or, in the interim, multi-stakeholder initiatives coordinate to issue one coherent set of rules how carbon credits can be generated and used. Market-compatible rules include definitions and disclosure rules with respect to corporate climate goals and the use of carbon credits, ideally backed by intuitively understandable and transparent corporate climate claims. Such claims should include offsetting and non-offsetting claims. Government regulators can further ensure high-quality supply by accrediting and approving standard-setters that meet and ensure that these principles are upheld. Carbon credit rating and quality assurance initiatives can help to describe the main features of a real and additional carbon credit.

Governments, in particular in developing countries, may also contemplate measures to attract carbon market investments. Governments could approach carbon pricing holistically and consider the carbon markets as part of their climate policy toolbox. They could clarify how carbon markets complement government climate measures and identify priority project activities for carbon markets that are linked to technology transfer, higher costs, or sectors where public action is politically challenging. This also involves adopting rules that govern Article 6 investments and clarify when a country may contemplate authorizing corresponding adjustments.

For now, it remains to be seen whether carbon markets survive the stress test of confusion. If the rules remain unfinished, and their interactions remain unclear, they add insecurity to markets as investors do not know whether and when they are able to comply with the emerging rules. If corporates increasingly lose the social license to engage in carbon markets as a recognized mitigation strategy, markets may crumble.

[1] Ecosystem Market Place even called its August 2022 market update “The Art of Integrity.”

Part Twenty One: Beyond carbon – evaluating the sustainable development co-benefits of carbon projects