We’ve all been there. You try to save money by doing things on the cheap, only to find that “low-cost” solutions can leave expensive messes. It’s a lesson that some US companies are learning the hard way, thanks to tight budgets at a key regulator. 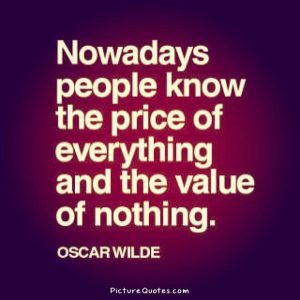 16 October 2019 | Dave Groves remembers the incident all too well.

“We had projects with a combined economic value in the billions of dollars,” he says. “And we were waiting on a Corps site visit to check up on the growth of vegetation.”

The “projects” he’s referring to are roads, pipelines, and other infrastructure developments that local authorities had determined were critical for regional development, but which could only proceed if they could be developed in a way that wouldn’t disrupt downstream waters.

The “Corps” is the Army Corps of Engineers, which is responsible for protecting the “waters of the United States,” including wetlands that act as floodplains and headwaters for rivers and streams.

The “site” is a massive swath of once-degraded wetland that Groves’s employer,  The Earth Partners (TEP), had acquired and restored to create a “wetland mitigation bank” – a reservoir of environmental credits that infrastructure developers could buy to offset the impacts that their new projects would have.

The “vegetation” are the mosses, grasses, and shrubs that can only grow in functioning wetlands, and the site visit was one of the final steps in a long review process that had to be completed before the credits could be released.

The story continues below, but you can learn more details by listening to Episode 46 of the Bionic Planet podcast, which is available on all major podcatchers, as well as at Bionic-Planet.com, and on this device here:

That minor injury had outsized consequences, in part because of Congressional penny-pinching that left the Corps short on staff.  With no one available to step in for the project manager, the infrastructure projects, already a year behind schedule, were on hold once again.

“I’m not blaming that Corps officer for breaking his foot by any stretch of the imagination,” Groves stresses, “but a system where a single broken foot will result in billions of dollars in delays and economic value is a broken system.”

Parts of it may be broken, but the US system of wetland protection is also true a regulatory success story. When properly funded, the system not only protects critical wetlands, but does so in a way that’s cost-effective for regulated entities and helps support a $25 billion restoration economy that employs more people than logging, more than coal mining, and more than steelmaking.

That’s because Section 404 of the Clean Water Act allowed for the evolution of “compensatory mitigation”, which is a regulatory system that lets developers impact waterbodies, but only under some circumstances, and only if they either fix their mess or create something as good or better than what is lost.

The system offers developers flexibility, and it maintains environmental integrity because the Corps works with tribal and state authorities to make sure the messes really are fixed. It does so on a relatively small regulatory budget of roughly $200 million per year, including a $10 million increase that was recently approved by the House Appropriations Committee. That, however, leaves the Corps about $50 million shy of what’s needed to conduct all the inspections that are needed without cutting corners, according to the Ecological Restoration Business Association (ERBA), an industry trade group.

Tammy Turley, who is Chief of the Corps’s New England District, points out that delays only impact projects that require mitigation, which is a minority of those the Corps permits. In most cases, developers are able to design their projects so as to avoid any disruption of waterways. Projects that do impact waterways are only approved after an extensive public consultation process, but they still cannot proceed until environmental credits are released.

According to Corps guidelines, environmental credits are supposed to be approved within 225 days, but the Corps’s own figures show they often take more than 1400 days – or almost four years – leading to billions of dollars in lost income for infrastructure developers and increased risk for developers of mitigation banks.

“When you add it all up, we’re talking five-plus years to get a mitigation bank permitted, and a lot can change in that time from a market standpoint,” says Groves. “That adds a rather sizable layer of uncertainty to the process of developing a mitigation bank, and therefore makes it difficult to attract the big capital players into the marketplace.”

What’s more, the financial losses are routinely (and unjustly) blamed on environmental regulations themselves, even though the actual mitigation costs pale in comparison to the overall cost of such projects, not to mention the costs incurred when projects are delayed or the damages inflicted when projects are done on the cheap. The late Supreme Court Justice John Paul Stevens even took note of that in a landmark 2006 dissenting opinion.

“It is true that the cost of §404 permits are high for those who must obtain them,” he wrote, “but these costs amount to only a small fraction of 1% of the $760 billion spent each year on private and public construction and development activity.”

Both the Army Corps and the Environmental Protection Agency are exploring ways of fast-tracking the approval of credits from mitigation bankers who meet certain criteria, but that could require costly insurance strategies.

Todd BenDor, a professor of Land Use and Environmental Planning at the University of North Carolina, Chapel Hill, points out that regulated entities have the most to gain from shortened delays, and he argues that, theoretically, they should be willing to cover the shortfall through user fees, much as participants in the securities and derivatives industries fund the Securities and Exchange Commission and the Commodity Futures Trading Commission. In that case, fees would still go to the Department of the Treasury, and Congress would still have to appropriate the funding.

One thing is clear: until a solution is reached, small delays will remain inevitable, and small delays have a way of ballooning into long ones.

That means a two-week delay in late fall – caused, perhaps, by a broken foot – could become a six-month delay if it bleeds into winter.

How You Can Support Our Work
When it comes to environmental solutions, the question too few people ask is, “How will you pay for it?”
It’s a critical question, because all environmental problems are, at heart, economic problems. Indeed, if the cost of environmental degradation were embedded in the cost of production, we’d have met the climate challenge years ago.
Ecosystem Marketplace has been covering the nitty-gritty and wonky (but oh, so important) issue of how you pay for it since 2005 – and never with a paywall. But generating high-quality content is hard work, and it’s clear to us that we’ll need more resources if we’re to continue shining a light on these important issues.
If you like our stories and want to see more of them, then help us out, with either a one-time payment or an ongoing subscription here:

This story is the thid in a series of articles we’re rolling out to support the Environmental Markets and Finance Summit, which takes place in Washington, DC from the 29th through the 31st of October. Co-hosted by Ecosystem Marketplace, the summit will explore ways of scaling up successful environmental solutions and abandoning unsuccessful ones.