Environmental markets have delivered stunning success, but at nowhere near the scale needed to meet the climate, water, and biodiversity challenges. One challenge is Sluggish regulatory responses are partly to blame, and that a new approach called “regulatory sandboxes” might be the answer. 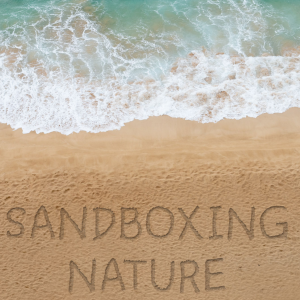 9 October 2019 | When the US Environmental Protection Agency surveyed the country’s rivers and streams a decade ago, it found that 46 percent of them were in ‘poor’ biological condition, usually because of agricultural fertilizer. More gunk has certainly piled up since, in part because no one can agree on how to establish total maximum daily loads (TMDLs).

That matters because TMDLs are the amount of fertilizer that water bodies can realistically absorb in a given day, and they’re used to determine the caps in cap-and-trade for waterbodies – technically known as water quality trading (WQT). Science-wise, WQT should be able to reduce runoff across the United States, according to a 2017 mapping exercise conducted by Ecosystem Marketplace, the National Network on Water Quality Trading, and the US Environmental Protection Agency’s EnviroAtlas project.

Policy-wise, however, WQT can’t exist without agreement on TMDLs, and that agreement doesn’t exist.

But what if regulators could test different regulatory approaches over limited areas and for a limited amount of time, much as they already pilot new technologies? And what if they did so in an iterative process that captured what worked and discarded what didn’t? Might this accelerate agreement on sticky regulatory issues that have been hindering progress for a decade?

The authors, Phoebe Higgins and Timothy Male, are both regulatory veterans. Higgins ran Environmental Defense Fund’s California Fisheries Fund for six years, as well as a fisheries finance program, before joining EPIC. Male also put in time as an EDF scientist working in restoration before winning election to a city council in Maryland and serving as a senior adviser to the Obama administration.

The paper will serve as the basis for a panel discussion at the Environmental Markets and Finance Summit, which takes place in Washington, DC from the 29th through the 31st of October. Co-hosted by Ecosystem Marketplace, the summit will explore ways of scaling up successful environmental solutions and abandoning unsuccessful ones.

“Regulatory sandboxes provide problem-solving-oriented staff whose job is to help applicants efficiently,” the authors write. “Pilots often take a long time to get started and a long time to show results—sandbox projects don’t.”

They stress that the approaches being tested in sandboxes are designed to either grow and proliferate or flop and die.

“Sandboxes require risk identification and mitigation, clear outcomes, objectives and outputs and feedback loops to ensure that participants and the public learn from and can adapt to the success or failure of the novel approach,” they write.

In the United States, sandboxes began with the Consumer Financial Protection Bureau, the brainchild of Sen. Elizabeth Warren while she was still a college professor. The bureau has run two sandbox efforts in the financial services sector, but the approach has not yet been tried in the environmental sphere.

The paper, however, identifies several examples of challenges that the authors believe can benefit from a sandbox approach – especially cases where new technologies and challenges seem completely at odds with decades-old regulations, like the Endangered Species Act of 1973.

“The internet didn’t exist the last time the law was reauthorized,” the authors note. “Laws and policies like this carry anachronisms in them that simply make it harder to use today’s technologies and data tools.”

They also cite proposals to use green infrastructure in one part of a watershed to absorb stormwater runoff from another part, potentially using real-time data to optimize stormwater and flood control systems.

“They’re often stuck in cities’ multi-year consent decree and permit renewal processes before deploying solutions,” they write. “A sandbox for stormwater technology could encourage testing ways for cities to achieve their stormwater-related water quality goals faster and more cost-effectively by creating a quicker path for EPA or states to approve permit amendments and other approvals, and quickly deploy and learn from new techniques.”

Another example: efforts to revive depleted soils across the United States.

These usually work by paying farmers to implement certain predetermined practices, “but what if they had the flexibility to tailor their approaches and methods to their own lands and get paid a set amount based on soil health outcomes rather than practices?” the authors ask.

A sandbox approach, they argue, can make just such an approach viable.

This story is the second in a series of articles we’re rolling out to support the Environmental Markets and Finance Summit, which takes place in Washington, DC from the 29th through the 31st of October. Co-hosted by Ecosystem Marketplace, the summit will explore ways of scaling up successful environmental solutions and abandoning unsuccessful ones.

When it comes to environmental solutions, the question too few people ask is, “How will you pay for it?”

It’s a critical question, because all environmental problems are, at heart, economic problems. Indeed, if the cost of environmental degradation were embedded in the cost of production, we’d have met the climate challenge years ago.

Ecosystem Marketplace has been covering the nitty-gritty and wonky (but oh, so important) issue of how you pay for it since 2005 – and never with a paywall. But generating high-quality content is hard work, and it’s clear to us that we’ll need more resources if we’re to continue shining a light on these important issues.

If you like our stories and want to see more of them, then help us out, with either a one-time payment or an ongoing subscription here: