Ten years ago, US environmental regulators, drawing on a decade of research, endorsed the practice of mitigation banking as a way to support healthy rivers, streams, and wetlands while enabling economic development. The results have been good for both the restoration industry and permit applicants, but the jury is out on how it serves the environment. 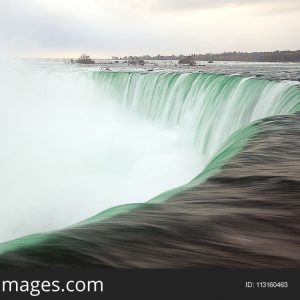 31 January 2019 | Legal scholar Zechariah Chafee, Jr, said it best: “Your right to swing your arms ends just where the other man’s nose begins,” he wrote in 1919, attributing the quote to an unnamed judge – and reflecting the fundamental challenge of all regulation, including the rules and laws that protect the waters of the United States.

The Clean Water Act (CWA), for example, evolved over decades, as have the rules that the Environmental Protection Agency (EPA) and Army Corps of Engineers (USACE) develop for implementing it.

At the core of these rules is the acknowledgement that it sometimes makes sense to build a road through a wetland or dredge a stream, but only if the developer gets permission from competent authorities and makes up for the damages by restoring degraded areas of equal or greater environmental value.

For years, companies were trusted to either fix their own messes (permittee-responsible mitigation), pay environmental NGOs to do good (in-lieu fee or “ILF” payments), or work with “mitigation bankers” who proactively restore degraded waterways and sell credits to developers.

By 2008 it had become clear that third-party mitigation offered advantages over permittee-responsible mitigation, particularly where advance mitigation, long-term stewardship assurances, and a watershed focus were implemented. The EPA and USACE issued the Final Rule on Compensatory Mitigation for Losses of Aquatic Resources in April of that year, declaring a preference for offsets from mitigation banks (first preference) or ILF programs (second) as opposed to permittee-responsible offsets (third).

Some mitigation bankers at the time thought the Final Rule could triple business.

Real outcomes weren’t quite that spectacular, thanks to the Great Recession. But ten years on two EPA staffers – Palmer Hough, who was lead author of the 2008 Rule, and Rachel Harrington – have published a new paper in the Environmental Law Reporter looking back on what actually did happen. Drawing on data from USACE’s RIBITS database and input from stakeholders, Hough and Harrington say that the Final Rule has been good for both the restoration industry and for the companies that seek mitigation permits, although there is room for improvement.

Changes under the 2008 Final Rule

In addition to a preference for third-party mitigation, the Final Rule also introduced equivalent and effective standards for all mitigation plans, whether they were put forward by banks, ILF projects, or a permittee-responsible project. It introduced a watershed focus and gave preference to larger, landscape-scale offsets created before the impact. (Previous guidance favored on-site restoration.) And the Rule required clear and enforceable performance standards, as well as timetables for interagency review teams’ decisions on project approvals. (For more information on the story of the Final Rule, as well as other key influences that have shaped today’s compensatory mitigation markets, take a look at our latest report.)

Some key takeaways from the paper:

Hough and Harrington chart a greater than 50% increase in the average rate of approvals each year in the decade since the Final Rule (2008-2017) compared to the previous decade (1998-2007). Stream bank approvals were even higher, increasing by about 200% from the previous decade. A dozen states saw their first mitigation banks open after the Final Rule. Credit transactions also jumped by similar margins. Thirty-five new ILF programs have been established since the Final Rule went into effect, including in 12 new states.

Although we can’t directly attribute all of this activity to the Rule, “this growth happened in spite of the fact that this time included a historic downturn in the commercial and residential development market, a significant driver of permit requests and compensatory mitigation demand,” Hough and Harrington point out.

The Final Rule has been very good for permit applicants

Thanks to the Rule, permittees have more compensation options available to them than they used to. Today, all or part of 46 states are covered by banks or ILF programs. The data suggests that permittees are making good use of these options: “In 2017, the percentage of permits using mitigation bank credits and ILF credits was about 60% and 17%, respectively, nearly double the percentage of permits using these mechanisms in 2010 (about 30% and 8%, respectively),” write the authors.

Permittees also enjoy a faster permit process than they did ten years ago. Hough and Harrington also show that permit processing times are approximately cut in half when mitigation banks or ILF credits are used, compared to traditional off-site permittee-responsible mitigation.

Not incidentally, these benefits are now at risk. Another recent Environmental Law Reporter publication shows how recent actions under the Trump administration have made compensatory mitigation options less available to developers; while an Ecosystem Marketplace series shows that the administration’s efforts to rewrite the governing rules could leave most of the nation’s wetlands unprotected.

A decade later, full implementation has yet to take place

The Final Rule was designed to create a level playing field for all compensatory mitigation providers by requiring high standards of all projects. Hough and Harrington suggest that although these high standards are showing up in mitigation plans, in practice monitoring, long-term management, and reporting can often be improved.

Additionally, “stakeholders have suggested that Interagency Review Teams are not adhering to the time lines outlined in the 2008 rule, and feel there are opportunities to improve…efficiency.” The paper notes some of the recommendations put forward by the Ecological Restoration Business Association to speed up approvals, including enshrining the 2008 Rule’s timelines in the form of Government Performance and Results Act performance metrics, using “after action reviews” post-approval to identify ways to improve the process, and investing in project management training. ERBA also calls for making ORM data more readily available to improve transparency around credit supply and demand – a cause close to Ecosystem Marketplace’s heart, obviously.

It’s time to revisit the question of compensation performance

Hough and Harrington make an important closing observation: although “the assumption is that the effectiveness of compensatory mitigation projects has improved over the past 10 years. However, robust independent evaluations of compensation performance have been on the decline [emphasis added], particularly since issuance of the 2008 rule.” We know very little about whether wetland and stream mitigation is actually working as expected, because we’re not measuring it.

I’ve always felt this is a gap in Ecosystem Marketplace’s own tracking of compensatory mitigation: given the enormous challenges inherent in defining and collecting data on whether a project or larger program actually is delivering on expected results, we have always had to settle for very imperfect metrics, such as simple acreage, that don’t really capture “performance.”

EPA is taking steps to improve the situation, the authors say. “For the past year,” they write, “EPA has been working with representatives from state and federal agencies to produce a technical document that will help states and other interested parties implement…a long-term approach to compensation performance evaluation and help ensure more regular and robust independent evaluations of compensation projects.”

This is excellent news. The point of compensatory mitigation in the United States is to ensure “No Net Loss” of aquatic resources. Without a robust, independent approach for evaluating performance over time, we’re flying blind when it comes to knowing whether No Net Loss is being achieved.

Genevieve Bennett covers environmental markets and finance, with a focus on biodiversity finance, natural infrastructure, eco-entreprenuership, strategies for scaling public and private conservation investments, and other market cross-cutting issues. Prior to joining Forest Trends she managed a demand assessment project for the Willamette Partnership in Oregon, and has also held positions with the Breakthrough Institute, the NYC Commission to the United Nations, and NYU Wagner School of Public Service. She holds an MSc from the London School of Economics and a BA from New York University. She can be reached at [email protected]