Major media are finally waking up to the role that trees can play in slowing and even reversing climate change, and that’s great. Unfortunately, most still seem oblivious to mechanisms emerging to not only plant trees but saving forests and support farmers. 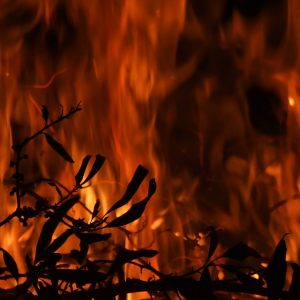 15 July 2019 | Earlier this month, a team of European researchers led by Jean-Francois Bastin of ETH-Zürich made a global media splash when they mapped degraded lands and argued we could mop up two-thirds of all the carbon dioxide (CO2) emitted by man since 1800 just by covering that area in trees.

The report came just as wildfires incinerated more than 1.2 million acres of Alaskan forest that had been dried by climate change – a clear reminder that we can’t just plant trees; we also have to save existing forests while managing farms and fields in climate-smart ways.

This isn’t a new revelation. Scientists have long known that trees breathe in carbon dioxide and breathe out oxygen, leaving the carbon trapped in their leaves and stems, while several global movements have emerged to save forests and promote “climate-smart agriculture”, which is a cluster of practices that involves, among other things, the use of cover crops to pull greenhouse gasses from the atmosphere and infuse their components into the soil, where they act as fertilizer.

Tree planting (or afforestation/reforestation in the argot of forestry) is just one of many natural climate solutions, and previous studies have mapped out even more specific paths for managing the forests, farms, and fields of the world in ways that flip them from being net sources of greenhouse gasses to massive carbon sinks.

Not only do we know what needs to be done, but scores of global and regional initiatives are working towards implementing it. Many of these approaches are converging under the umbrella of the Paris Climate Agreement, and their history dates back 200 years.

Swiss naturalist Jean Senebier, for example, discovered the process of carbon sequestration in 1796, and we all learned about it in grammar school – under the name “photosynthesis.”  Then, in the late 1800s, Swedish scientist Svante August Arrhenius figured out that burning fossil fuels was heating the planet through a process he called the “hot-house” effect; and in 1958, American scientist Charles Keeling began the observations that would lead us to understand the impact that trees have on climate change.

That’s when he started measuring the amount of CO2 in the atmosphere and found that not only was the amount gradually increasing, but it was doing so in a zigzag pattern that reflected the annual rhythm of Northern farms and forests coming alive in the summer, when they sponge it up, and then falling dormant in the winter.

By the early 1970s, scientists were beginning to see climate change as a very real but distant threat – one that would eventually force us to completely restructure our industrial economy. That’s when physicist Freeman Dyson began to explore the use of trees as a bulwark against climate change.

Like most theoretical physicists, especially the visionary ones, Dyson is an odd duck – brilliant in his own field, but prone to wild speculation when he ventures outside of it. This idea, however, stuck, and he wasn’t the only one floating it. By 1988, when the United Nations launched the Intergovernmental Panel on Climate Change (IPCC), the science around forests and climate was solid enough to support an experiment involving the humanitarian organization CARE.

The organization found itself struggling to support a program called Mi Cuenca (My Watershed), which it had launched in 1974 to help Guatemalan farmers save their topsoil, in part by planting rows of trees on steep farmland to capture runoff and create natural terraces. The program was an ecological and humanitarian success, but it was on the brink of closing without new funding.

Enter Roger Sant, a former member of the Carter Administration who’d co-founded a company called Applied Energy Services (AES) to test the commercial viability of clean energy. This being 1988, wind and solar were still way too expensive to compete with coal, so Sant asked the World Resources Institute (WRI) if there was a way to offset his emissions by reducing them somewhere else – a radical concept at the time.

A WRI agricultural engineer named Paul Faeth directed Sant to Mi Cuenca and suggested AES offset their emissions by paying for the trees to be planted there and calculating the amount of carbon trapped in them. This, he suggested, would help both the environment and the rural poor.

Meanwhile, WRI had hired a policy analyst named Mark Trexler, who pointed out that the agroforestry practices that CARE implemented would help farmers increase their yields and could, conceivably, reduce the need to expand into forests further uphill. If they could work that into the project, he said, they would prevent more emissions from being generated by saving the forest than they would by planting new trees.

In the end, AES decided to spend $2 million to save and expand Mi Cuenca, with the money being used to offset 2 million tons of its own internal CO2 emissions. CARE re-named the project “Mi Bosque” (My Forest) and launched more than two decades of experimentation that eventually led to a cluster of mechanisms called “REDD+”, which stands for “reducing emissions from deforestation and forest degradation in developing countries, and the role of conservation, sustainable management of forests, and enhancement of forest carbon stocks in developing countries.”

REDD+ is now enshrined in the Paris Climate Agreement and will become globally operational in 2020, but it’s just one element in a global mosaic of initiatives converging under the Paris umbrella. As of 2016, farmers have their own negotiating stream, called the Koronivia Joint Work on Agriculture, and an indigenous platform was operationalized within the Paris Agreement last year, while a broad array of programs are both pressurizing and cooperating with commodity groups to end deforestation associated with farming.

These initiatives have been evolving in relative isolation from each other and with little in the way of funding or support – at least not compared to the $80 trillion global economy. As the world awakens to the enormity of the climate challenge, let’s hope it finds the wisdom to activate and expand existing solutions rather than try to reinvent the wheel.