On the weekend, the United Nations Framework Convention on Climate operationalized a representative platform that incorporates local communities and indigenous people into the climate negotiations, but on Monday it emerged that key human rights language had been stricken from the emerging Paris Agreement Rulebook. 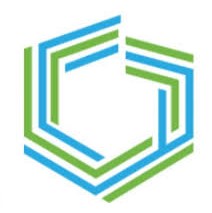 10 December 2018 | KATOWICE | Poland | Indigenous people have long been among the most responsible stewards of the land, but they’ve also been among the most underrepresented constituents at global climate talks. That’s changing, with the launch this past weekend of a new Platform for Indigenous Peoples and Local Communities, which is a representative body designed to link the United Nations Framework Convention on Climate Change (UNFCCC) to indigenous people and traditional communities.

The Platform was mandated by the Paris Climate Agreement, which emerged from the 21th Conference of the Parties (COP21) to the UNFCCC in Paris at the end of 2015. Its evolution continued at COP22 in Marrakech, where Parties agreed on a plan for incrementally developing it in cooperation with local communities and indigenous peoples. Finally, on December 8, it became operational.

“It’s great that we have this platform,” she said, “But we need to ensure that rights-based language is not trimmed from the Rulebook, because land rights, water rights, and pastoral rights are what enable indigenous people to protect the land.”

“The section of the Rulebook relating to NDCs (Nationally Determined Contributions) should explicitly specify respect for the rights of women, local communities, indigenous peoples and other stakeholders, as well as food security, ecosystem integrity and protection of biodiversity,” says Erika Lennon, a Senior Attorney in the Center for Environmental Law’s Climate and Energy Program. “In the most recent draft that I saw, that language wasn’t there, and indigenous people have every reason to be concerned.”

The platform is designed to act as a bridge between the UNFCCC and indigenous and traditional communities around the world through the Subsidiary Body on Scientific and Technological Advice (SBSTA), which is a special negotiating body that addresses specific social and scientific issues relevant to climate policy.

It’s designed to spread knowledge in several directions – helping indigenous and traditional communities support time-tested traditional land-management practices, such as agroforestry and crop mixing, while also helping to spread understanding of these practices to people beyond the communities that have traditionally practiced them, and also helping indigenous people navigate the emerging vehicles for managing climate change.

The Paris Agreement has provisions for expanding the Working Group to at least 20 people, and possibly more, and the Working Group will meet twice a year in order to implement a work plan for the period 2020-2021.

“Without a doubt it will be a space to make visible the traditional knowledge and the struggles of the peoples,” said Juan Carlos Jintiach, of the Shuar people and advisor to the Coordinator of Indigenous Organizations of the Amazon Basin (COICA).