Agriculture, deforestation, and forest fires generate up to 40 percent of all man-made greenhouse gasses, but farmers are only now beginning to play a role in global talks through a process known as the “Koronivia Joint Work on Agriculture”. In this series, we explore the evolution of land use within the global climate apparatus. 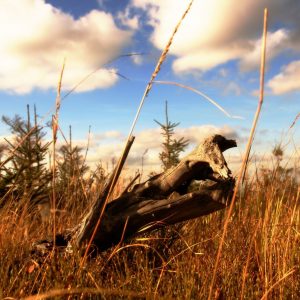 This is the second in a continuing series. You can read the first installment here.

24 August 2019 | Ernie Shea clearly remembers that frigid Saturday in Copenhagen, in December, 2009. It was the midpoint of global climate negotiations, and he’d come with a contingent of North American farmers for the first Agriculture and Rural Development Day.

“We’d been holding all these workshops across the United States, and we had just launched Solutions from the Land,” he says, referencing the US-based “do tank” (as opposed to “think tank”) that he was spearheading, along with Ohio farmer Fred Yoder, California farmer AG Kawamura, and dozens of others.

“By 2009, we had a pretty good idea of how farmers could be part of the climate solution, and we’d put a lot of time and effort into boiling it all down into a simple briefing paper that we were distributing,” he recalls. “One of the first people I ran into was Tom Vilsack, who was US Secretary of Agriculture at the time, and under his arm was our briefing paper.”

“We were pretty optimistic,” says Kawamura, who in addition to being a farmer was serving as the state of California’s Secretary of Agriculture. “The whole REDD+ thing was moving along, and we thought agriculture would fit right into that.”

“REDD+” is an acronym for “Reducing Emissions from Deforestation and forest Degradation, plus the role of conservation, sustainable management of forests, and enhancement of forest carbon stocks,” and it had taken over 20 years to reach the level of development it had achieved in 2009. It would be another five years before it became enshrined in the Paris Climate Agreement, and it won’t be fully operational until 2020.

You can trace its genesis back even further, to the Island of Hawaii, in 1958.

That’s the year the late American scientist Charles Keeling started measuring the amount of carbon dioxide (CO2) in the atmosphere at Hawaii’s Mauna Loa Observatory. He found that not only was the amount gradually increasing, but it was doing so in a zigzag pattern, which reflected the annual rhythm of Northern farms and forests coming alive in the summer, when they sponge up CO2, and then falling dormant in the winter.

Scientists had known about the greenhouse effect since the early 1900s, when Swedish scientist Svante August Arrhenius dubbed it the “hot-house” effect, but Keeling’s curve showed that CO2 levels were rising faster than most believed. As the curve continued to climb over the ensuing decades, so did interest in climate change.

The Keeling Curve: This is your planet on CO2. Source: Global Warming Art Project

By the early 1970s, scientists were beginning to see climate change as a very real but distant threat – one that would eventually force us to completely restructure our industrial economy. That’s when physicist Freeman Dyson began to explore the use of trees as a bulwark against climate change.

“The long-term response, if such a catastrophe becomes imminent, must be to stop burning fossil fuels and convert our industry to renewable photosynthetic fuels, nuclear fuels, geothermal heat and direct solar-energy conversion,” he continued. “But a world-wide shift from fossil to non-fossil fuels could not be carried out in a few years… An emergency plant-growing program would provide the necessary short-term response to hold the CO2 at bay while the shift away from fossil fuels is being implemented.”

Meanwhile, in 1974, humanitarian organization CARE had launched a program called Mi Cuenca (My Watershed) to help Guatemalan farmers save their topsoil – in part by planting rows of trees on steep farmland to capture runoff and create natural terraces. The project soon became an unqualified success, and farmers across the region were clamoring to join. By 1988, however, CARE was struggling to maintain the project financially.

That same year, the United Nations launched the Intergovernmental Panel on Climate Change (IPCC) to explore the science of global warming, while an energy executive named Roger Sant started looking to expand his company’s output – preferably by building wind farms.

A proponent of green energy in the Carter Administration, Sant had co-founded a company called Applied Energy Services (AES), in part with the objective of making green energy work.

Wind-farm technology wasn’t what it is today, so Sant asked the World Resources Institute (WRI) if there was a way to offset his emissions by reducing them somewhere else – a radical concept at the time.

WRI suggested planting trees across the United States, but an agricultural engineer named Paul Faeth had a different idea.

Faeth came to WRI via the International Institute for Environment and Development (IIED), which was in the process of merging into WRI. He’d learned of  Mi Cuenca through IIED, and then learned of Sant’s inquiry through the merger. He proposed killing two birds with one stone: by planting trees in Guatemala, he said, AES could help both the environment and the rural poor.

Meanwhile, WRI had hired a policy analyst named Mark Trexler, who began calculating the impact their actions would have on carbon sequestration. He concluded that the project’s real impact could come not in the new trees it planted, but in the old trees it saved. Specifically, he said, the agroforestry practices that CARE implemented would help farmers increase their yields and could, conceivably, reduce the need to expand into forests further uphill. If they could work that into the project, he said, they would prevent more emissions from being generated by saving the forest than they would by planting new trees.

In the end, AES decided to spend $2 million to save and expand Mi Cuenca, with the money being used to offset 2 million tons of its own internal CO2 emissions.

CARE re-named the project “Mi Bosque” (My Forest), and their experiment sparked a decade of experimentation that led to the creation of today’s rigorous carbon standards.

The project caught the eye of The Nature Conservancy (TNC), and pilot projects started proliferating across Latin America. The term “REDD” wouldn’t enter the vernacular for another 15 years, but NGOs began developing structured, methodological approaches to “Avoided Deforestation” (AD), which became a hot topic at the Rio Earth Summit in 1992, as well as at the First Conference of the Parties (COP 1) to the United Nations Framework Convention on Climate Change (UNFCCC) in Berlin in 1995.

As climate talks progressed, analysts like Trexler and ecologists like Tia Nelson of TNC argued for the inclusion of Avoided Deforestation and conservation in the UNFCCC framework, and proposals ranged from recognition for “project-based” initiatives like Mi Bosque to “national baseline frameworks” using a country’s historic rate of deforestation as a performance baseline and then offering payments for beating it.

Politics and Science: the Great Divide

The proposals, unfortunately, found little traction, in part because “offsetting” had become equated with “incentivizing industrial reductions”, and most environmental organizations were horrified by the idea of cheap offsets, which they feared would flood the market and remove the incentive to change industrial practices, but also because developing countries – still mindful of their recent colonial past – feared that would cost them control of their forests. On top of all that, no one really agreed on how best to determine which forest was in danger and which was not.

As a result, when the Kyoto Protocol emerged from COP 3 in Kyoto, Japan in 1997, Avoided Deforestation was off the UN table and relegated to voluntary markets, where it continued to evolve at the pilot scale under real-world conditions.

NEXT: The Resurrection of REDD+, and How it Paved the Way for Agriculture

This story has been adapted from the 2015 story “REDD Dawn: the Birth of Forest Carbon”, which in turn was adapted from the book “Carbon Cowboys and REDD Indians”, still in progress. Although most Ecosystem Marketplace content is published under Creative Commons, the copyright holder of this piece is Steve Zwick.

This story is part of a continuing series called “Forests, Farms, and the Global Carbon Sink“, which is a companion to the series “Shades of REDD+.” Check back for the next installment, or scroll to the end of the piece sign up for e-mail alerts when new installments to each series post.