The Paris Climate Agreement won’t take effect until next year at the earliest, but thousands of companies are already restructuring their businesses to reduce emissions, while hundreds of them are using voluntary carbon offsets to drive emissions down even further. Here’s a look at some of the biggest companies stepping up for the climate and how they do it. 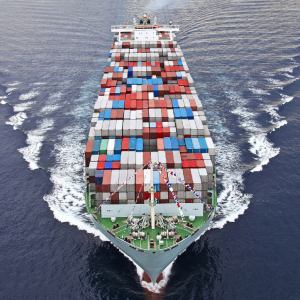 8 August 2016 | In 2007, as airlines around the world were lobbying to prevent the regulation of greenhouse-gas emissions from passenger flights, Delta Airlines started looking for ways to reduce its emissions – first by increasing fuel efficiency, and eventually by investing $1 million in a massive effort by The Nature Conservancy (TNC) to buy up old farms across the Lower Mississippi Valley and restore them to their natural, forested state so that trees can absorb enough carbon dioxide (CO2) to offset some of Delta’s greenhouse gasses. TNC scientists say the project will mop up more than 100 million tons of CO2 over the next 70 years, and Delta is helping to finance it by purchasing offsets to reduce its carbon footprint, but the exact amount of emissions reduced is being determined through a rigorous process  certified under the Verified Carbon Standard.

Airlines aren’t subject to mandatory caps in most countries, but Delta acted voluntarily anyway. Then, when the International Civil Aviation Organization (ICAO) began negotiating the inclusion of international flights in Europe’s cap-and-trade program, the airline decided to improve its carbon-market proficiency by voluntarily keeping 2014 emissions below 2012, even as passenger miles increased.

As earlier, it aimed first to reduce emissions by saving fuel, with offsetting as an additional tool to get it under its target. So the company worked with aviation authorities to overhaul its routes and with airports to reduce taxiing time around the world; it even reduced the amount of ice it carried and eliminated hefty duty-free brochures to drop the weight of its planes. These efforts enabled it to reduce its greenhouse-gas emissions by more than 159,000 metric tons of “CO2 equivalent”, or “tCO2e”, which is a standard that measures all greenhouse gasses based on their warming impact. By cutting down on waste, the company saved more than $46 million in 2014, according to its sustainability report, but it wasn’t enough to stay below 2012 levels.

To meet that target, the company started buying carbon offsets from projects that capture methane, distribute clean-burning cookstoves in developing countries, and save endangered forests to reduce emissions from deforestation and degradation (REDD) – an activity that several environmental NGOs (including Ecosystem Marketplace publisher Forest Trends) have asked ICAO to recognize when it unveils its mandatory market-based climate strategy later this year.

By ramping up its use of offsets, Delta managed to achieve its goal, and it became one of the world’s largest voluntary (as opposed to compliance) buyers of carbon offsets – ranking second among 1,896 companies that filed disclosure documents with CDP (formerly the Carbon Disclosure Project) in 2015, according to an Ecosystem Marketplace analysis. The biggest voluntary buyer of offsets was carmaker General Motors, which is spending $40 million to offset the equivalent of 8 million metric tons of carbon dioxide under a program that, unfortunately, has an uncertain future.

As the Paris Climate Agreement takes effect, however, more and more companies will be subject to mandatory caps going forward.

Even before the Paris Agreement comes into effect, countries and even states like California have implemented or are implementing mandatory caps, mostly on emission-rich sectors like energy. As a result, energy giants like US behemoth Exxon Mobil and Australia’s Origin Energy bought more offsets than GM did, while companies like Italy’s Eni SpA (Italy) and Spain’s Iberdrola SA and Endesa placed high on the list of offset buyers.

Compliance buying may be the future, but hundreds of companies have already taken action voluntarily, and their experience offers insight into how companies incorporate offsetting into their emission-reduction strategies. In the coming months, Ecosystem Marketplace will be publishing articles that distill complex findings from three broad studies: one that ­­annual survey of voluntary carbon markets, one more recent analysis of how companies incorporate offsetting into their emission-reduction strategies, and one broad and continuing study of how companies are (and are not) restructuring their supply chains to slow deforestation.

All of the companies reporting to CDP have embarked on some sort of emission-reduction strategy, but most focus only on reducing emissions internally – which is what Delta did when it ramped up its fuel efficiency. Only about 17% have tapped offsetting to drive down their emissions even further, but those that did were among the most aggressive at reducing emissions, typically spending about 10 times more on emission reductions than do companies that don’t offset.

Specifically, out of 1,896 companies surveyed, 314 used some form of offsetting to drive their emissions down even further than they otherwise would have. Of those 314 companies that use offsetting, 235 of them simply bought verified offsets to reduce their emissions, while 66 of them reduced emissions by “originating” offsets – or generating them from within their own operations or supply chains (and not necessarily using outside auditors or carbon standards). Another 13 companies both purchased and originated offsets.

If you add them up, these activities had the same impact on the climate as preventing 16 billion gallons of gasoline from being burned, or pulling 30 million cars off the roads for a year. What’s more, the real number is certainly higher because some companies, like Disney, didn’t say how many offsets they’ve purchased – although in dollar terms the company has spent $48 million on carbon offsetting since 2009, which puts it ahead of General Motors.

Interestingly, more than twice as much greenhouse gas was eliminated through origination (the equivalent of 102.4 million metric tons of carbon dioxide) as through market purchases (39.8 million metric tons), even though more than three times as many companies bought offsets as originated them – a finding we’ll be revisiting in later pieces.

Who Are the Big Buyers?

Besides Delta, one other airline – Australia’s Qantas – also made it into the top 20, purchasing 200,000 offsets in 2014, but financial institutions were the biggest buyers.

Barclays Africa, a South Africa-headquartered bank with operations in 12 African countries, voluntarily purchased offsets from a landfill gas-capturing project in Indonesia and an avoided deforestation project in Kenya, among others. Deutsche Bank (Germany) purchased offsets from a portfolio of carbon projects, including one that installed solar arrays in India and another that facilitated the switch to renewable biomass in a ceramics factory in Brazil, to meet its “climate-neutral” business claims.

Credit Suisse, the Swiss financial services firm that is increasingly involved in conservation finance, purchased offsets from a portfolio of renewable energy projects in China, Honduras, India, and Turkey.

A total of 48 companies reported offset purchases for the first time in 2014, and they include companies like US biotechnology group Biogen, TurboTax publisher Intuit, and Canadian financial services group Desjardins.

On the other side of the coin, 73 companies that reported offset purchases in 2012 or 2013 dropped off this list in 2014, while a handful of previously major offset buyers, including Natura Cosméticos, Bombadier, Entergy, and British Sky Broadcasting, did not report climate data to CDP in 2014.

The Top 20, Voluntary and Compliance

Here are the 20 largest voluntary buyers of carbon offsets and the 20 largest buyers of compliance offsets, based on reporting to CDP, included in one list for comparison. Please take this list with two grains of salt: first, it’s built only on data from companies that report to CDP and may be incomplete; second, the data on compliance demand varied widely from year to year, and we suspect this may reflect sloppy reporting more than actual variances.

Pieces of this article and analysis were adapted from the report “Buying in: Taking Stock of the Role of Carbon Offsets in Corporate Carbon Strategies” by Allie Goldstein. Used with permission.