Following up on our coverage of the Glasgow Climate Talks (COP26), here is a summary of Article 6 and its rulebook. 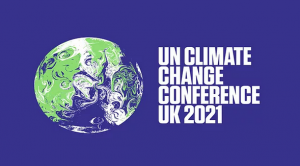 16 November 2021 | Six years after negotiators adopted the Paris Climate Agreement, they finally completed the rulebook for implementing it at year-end climate talks in Glasgow (COP26) — an event that was supposed to happen three years ago, at the 2018 climate talks in Katowice, Poland (COP24).

The sticking point was Article 6, which became a lightning rod in Katowice and a dud in Madrid in 2019 before negotiators finally wrapped it up in Glasgow, with existential sticking points resolved and a few stubborn ones assigned to working groups for the coming year.

Article 6 is central to the agreement because it guides how countries cooperate to generate cheaper — and, thus, deeper — greenhouse gas reductions. In so doing, it should lead to more ambitious national climate action plans, which are called “Nationally Determined Contributions” (NDCs).

In 2019, the International Emissions Trading Association (IETA) looked at the NDCs then on the table and concluded that cross-border coordination in the form of carbon trading could cut the cost of meeting NDCs in half by 2030 – making it possible to cut emissions 50 percent deeper at no additional cost.

In the Paris Agreement, emission reductions that pass from one country’s greenhouse gas inventory to another country’s inventory are called Internationally Transferred Mitigation Outcomes (ITMOs).

Like all carbon credits, ITMOs are created by projects that either reduce emissions or remove gasses in one place, with the payments coming from another place.

They become ITMOs when those places are in different countries and the reduction is transferred from one country’s national greenhouse-gas inventory to another country’s greenhouse-gas inventory. This can happen at the government level, for example as when Switzerland purchased ITMOs from Peru. However, it’s more likely to happen at the corporate level when a company in one country purchases ITMOs from abroad to meet compliance criteria at home.

The Article 6 rulebook requires “corresponding adjustments” (CAs) when an ITMO is passed in this way.

A corresponding adjustment means that the “host” country, or the country where the carbon project is located, must first authorize the transfer and then adjust its own greenhouse gas inventory to reflect the fact that the emission reduction achieved inside its borders is being credited to another country. The buying country then adjusts its greenhouse gas inventory by the same amount.

Many developing countries, however, say they don’t want to transfer emission reductions abroad, and ITMOs aren’t the only international carbon assets.

Voluntary Emission Reductions or Verified Emission Reductions (VERs) are emission reductions generated in the voluntary carbon market (VCM), and they don’t have to be entered into a national inventory because they aren’t created to meet a legal requirement. A host country can, if they choose, apply a corresponding adjustment to VERs that leave its border, but this is not required.

In a cross-border voluntary transaction, a company in one country – say, Germany – can reduce its footprint by purchasing credits from a project in another country – say, Brazil – but the German company cannot use the credit to meet its legal requirements in Germany. Any reductions in greenhouse gas emissions are reflected in the activities on the ground in the host country, and that’s where they stay.

Some NGOs have advocated for imposing corresponding adjustments on voluntary carbon transactions, and there is a lively debate over what sorts of claims the buying company can make, but the Article 6 rulebook makes no reference to voluntary markets. For a deep dive, see “Corresponding Adjustments for Voluntary Markets – Seriously?”

To understand some of the confusion on Article 6, it helps to look back at the Kyoto Protocol and its Clean Development Mechanism (CDM), which was a centralized hub for executing cross-border compliance trades. Under the Kyoto Protocol, developing countries had no commitments, so no corresponding adjustments were necessary. In the lead-up to the signing of the Paris Agreement in 2015, many developing countries were surprised to learn they’d have to transfer their emission reductions abroad if selling ITMOs, and few have done so. This has led to an appetite for performance-based finance and voluntary transactions.

Also, the CDM included a transaction fee to finance its own operating costs and support the Adaptation Fund, which helps developing countries adapt to climate change. This fee is mentioned in Article 6.4 as of the Paris Agreement but not Article 6.2, which we’ll get to below.

Finally, the CDM generated an oversupply of credits, which several countries — primarily Brazil, China, India, and South Korea — wanted to see recognized in the CDM successor, while most countries were reluctant to let them in.

Paragraph 6.2 and its Rules

Paragraph 6.2 provides an accounting framework for bilateral and multilateral transfers, including programs that link the emissions-trading schemes of two or more countries. Here is the complete text of the paragraph:

Parties shall, where engaging on a voluntary basis in cooperative approaches that involve the use of internationally transferred mitigation outcomes towards nationally determined contributions, promote sustainable development and ensure environmental integrity and transparency, including in governance, and shall apply robust accounting to ensure, inter alia, the avoidance of double counting, consistent with guidance adopted by the Conference of the Parties serving as the meeting of the Parties to this Agreement.

The paragraph doesn’t create a trading system itself but instead provides a framework within which countries can create their own systems in ways that are consistent with UN rules and comparable to each other.

In the early days of the Glasgow talks, the most contentious issue focused on whether or not to implement a transaction fee to pay for adaptation in developing countries. Such a “share of proceeds” provision exists in Paragraph 6.4, as we mentioned above, but most developed countries pushed back on this provision, arguing that it was impossible to implement in a unified and fair way given the diversity of approaches being developed under 6.2.

The transaction fee didn’t appear in the final draft, but there is an invitation for the Adaptation Fund “to report in its annual reports to the CMA (the group of the countries who have signed and ratified the Paris Agreement) on funding related to participation in cooperative approaches.”

Negotiators also deemed several technical issues in need of further review, and these were assigned to the Subsidiary Body for Scientific and Technological Advice (SBSTA), which is a technical negotiating track that helps inform the next COP agenda. Among these are the treatment of corresponding adjustments after 2030, whether ITMOs can include reductions or be limited to removals, and how to handle corresponding adjustments for single-year NDCs. Ironically, single-year NDCs are more difficult than multi-year NDCs because the longer-term NDCs run on a carbon budget approach similar to the Kyoto Protocol.

The issue of reductions vs removals emerged in recent reports by the Intergovernmental Panel on Climate Change (IPCC), which has concluded that we must dramatically increase removals by 2050 to meet the climate challenge. Existing carbon credits tend to focus on activities that reduce emissions, activities that remove gasses were seen as a future activity. There is, however, an active debate among NGOs as to how to strike the balance between strategies that use ITMOs to support removals and those that use them to support reductions.

Paragraph 6.4 and its Rules

Paragraph 6.4 establishes a centralized hub to replace the CDM, and the biggest points of contention coming into Glasgow were whether countries would have to correspondingly adjust their carbon accounts when transferring emission reductions into non-Paris accords, such as the CORSIA program for international passenger flights, and the degree to which Certified Emission Reductions (CERs) generated under the CDM could be applied towards NDCs. Here is a complete text of the paragraph:

The stickiest issue was resolved on the night of November 12, when Brazil agreed to require corresponding adjustments on all new emission reductions generated under Paragraph 6.4, breaking a logjam that had existed since 2015. For background, see “Will Double-Counting Dust-Up Crush Katowice Climate Conference?”

Going into #COP26, the key Qs were: Would CAs be required…
…for GHG reductions from outside an NDC?
…right away?
…for CORSIA & other uses?

The answer to all three Qs is: Yes. Countries must account for every ITMO they transfer. That is also a powerful spur for quality.

In a compromise that’s been widely criticized, however, the rulebook sets out criteria for countries to use CERs from projects registered after January 1, 2013 to meet their first NDC or first adjusted NDC, with no corresponding adjustment since the CDM predates that requirement. It designates a 12-member Supervisory Body to oversee the emerging hub and tasks it with reviewing baselines of recognized credits.

The total number of pre-2020 CDM credits meeting the criteria is just over 100 million, and their date will be clearly labeled. Most participants are encouraging buyers to avoid using them in their NDCs, even if they can legally do so. For details, see “Glasgow Outcome: Ambitious Carbon Market Rules”.

The rules may be written, but they will certainly be subject to deeper interpretation than we can offer here. Get ready for another interesting year.

Or watch the video below from Perspectives.cc