For three years, Brazil has insisted that developing countries should be allowed to double-count some emission reductions in the early years of the Paris Agreement, as long as they make it up later. Most countries oppose the idea, but Brazil and a narrow contingent of supporters are standing firm. Now there’s hope of a compromise that would allow weaker accounting rules until 2023, with a firm mechanism for making up the shortfall thereafter. 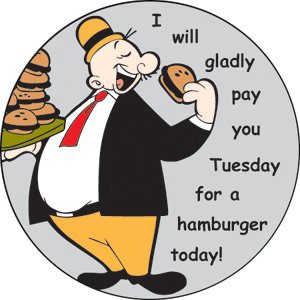 14 December 2018 | KATOWICE | Poland | Year-end climate talks (COP24) remain stalled here in Katowice, in part because of a three-year-old proposal to let developing countries keep credit for emission reductions that they sell internationally to meet other countries’ targets. The so-called “double-counting loophole” would only apply to the early years of the Paris Agreement, which takes effect in 2020, and it includes a caveat that the countries would balance out the double counting at a later date, via one of three different options currently in the text.

The proposal was submitted by Brazil shortly after the Paris Climate Agreement was adopted, but it is opposed by the overwhelming majority of countries, according to several negotiators and observers, most speaking on condition of anonymity. Annie Petsonk, International Counsel for the Environmental Defense Fund (EDF), says the shortfall is unlikely to be balanced and would lead to imaginary emission-reductions while damaging the countries that proponents claim it will help. She likened the proposal to the vagabond character Wimpy in the old Popeye cartoons.

“He was known for saying, ‘I’ll gladly pay you Tuesday for a hamburger today,'” she says. “But no one did business with him, because they knew he wouldn’t have the money on Tuesday. Brazil’s proposal is the ‘Wimpy’ one.”

Environmental economist Philipp Hauser recently (and unofficially) argued Brazil’s case in a LinkedIn post, where he pointed out that many developing countries reduced emissions under the Kyoto Protocol (KP), partly in the hope of generating offsets to be sold into the KP’s Clean Development Mechanism. Countries that generate offsets, the reasoning goes, were left in the lurch by the developed world’s failure to set a binding global cap, and they are now holding large inventories of unsold offsets.

Under the Paris Agreement, a new kind of offset called an Internationally Transferred Mitigation Outcome (ITMO) can be sold to other countries, either bilaterally or through a global mechanism called the “Sustainable Development Mechanism”. In either case, the buying country also takes ownership of the emission reduction, which means the country that reduced the emissions (and sold the offset) can no longer count that reduction against its own greenhouse-gas emissions.

Since the adoption of the Paris Agreement, Brazil has argued that developing countries should be granted a grace period during which they can sell offsets internationally but still claim credit for the reduced emissions in their own inventories, provided they then make “corresponding adjustments” at a later date.

The Brazilian proposal would, in other words, allow developing countries to count their emission reductions twice at first, provided they agree to make good on the emission debt later – usually stated as 2030 or 2031. The overwhelming majority of countries are leery of the proposal, which they say will lead to a decade of imaginary emission-reductions at a time when we need to be driving emissions deeper. Several observers, speaking off-the-record, say that a compromise date of 2023 would not be surprising.

Meanwhile, another proposal, also spearheaded by Brazil, would allow countries holding CDM credits to sell them to airlines under a program called “CORSIA” (Carbon Offsetting and Reduction Scheme for International Aviation), which starts in 2021.

Most countries oppose the proposal, in part because they say it opens another double-counting loophole, but also because the CDM was a pilot program that tested new methods, many of which are now considered environmentally dubious.

“Dumping bogus credits into CORSIA, and giving special treatment to emissions reductions that originate from outside NDCs and are used in CORSIA, would punch a big hole in the climate benefit of the aviation agreement – and a big hole in the climate credibility of ICAO and the airlines,” wrote Petsonk in a blog for EDF. “It would undercut the Paris Parties’ efforts to limit the global temperature increase to well below 2 degrees.”

You can find the specific language on page 10 of the current negotiating text, available here.