The climate challenge is complex, and so are the solutions emerging for meeting it. Unfortunately, the same sloppy reporting that got us into this mess is now threatening to keep us here, says Ecosystem Marketplace editor Steve Zwick and COTAP founder Tim Whitley. 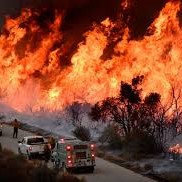 This story first appeared on The Hill.

10 July 2019 | Prof Tom Crowther at the Swiss university ETH Zürich made headlines around the world this past week after his research showed we can dramatically slow climate change by planting massive numbers of trees trees – right after Australian researchers warned that without “immediate drastic action,” climate change will degrade our forests, farms, and ecosystems to such a degree that civilization as we know it could collapse as soon as 2050.

Such dire climate projections are increasingly common, as is unwarranted cynicism about climate solutions – cynacism that repeatedly reveals the sad state of climate reporting.

The Paris Climate Agreement, for example, coordinates and accelerates national climate action plans, but it’s dismissed for not dictating those plans itself. The Green New Deal is designed to generate an action plan for the U.S., but it’s dismissed as pie in the sky. Efforts to end deforestation are designed to attack its economic roots from multiple angles, but are dismissed as messy and imperfect. It’s enough to make concerned citizens feel like we’re part of some global experiment in learned helplessness.

The dire climate warnings may be justified, but the growing cynicism about solutions reflects a lack of understanding about what works and what doesn’t, rather than futility of the solutions themselves. At least some of what we’re doing has worked on a small scale, and is likely to work on a large scale.

California has the largest economy of any U.S. state and achieved some of the deepest emissions cuts through a range of measures including renewables, efficiency and a forest carbon offset program which works and could be expanded through a new Tropical Forest Standard. Four other states passed 100 percent clean electricity measures with tight timelines for eliminating fossil fuels, including a “superb” one in Washington state (which includes carbon offsets among many other tools) signed by Governor and presidential candidate Jay Inslee

Trump’s disengagement notwithstanding, the Paris Agreement is progressing as designed, with at least 80 countries soon to announce greenhouse gas (GHG) emissions reduction targets exceeding their 2015 commitments. Half of them use carbon finance mechanisms including carbon offsets to fund better management of their forests, farms, and fields for lower emissions.

That’s key, because up to about 30 percent of global GHG comes from agriculture and the forests chopped to make way for it. With climate-smart agriculture, we can turn those carbon emitters into carbon sinks and take the pressure off forests, but it requires costly improvements in operations and restructuring of rural economies.

That’s where carbon finance comes in. Ethiopia’s Climate Resilient Green Economy initiative, for example, uses development aid tied to emission reductions to improve the resiliency of farms so that farmers don’t expand into forests. India’s Khasi Hills carbon offset program uses carbon offsets to protect forests by helping 62 villages across 67,000 acres shift from slash-and-burn open grazing of cows and goats to more sustainable stall-fed pigs and chickens. The lions’ share of the carbon revenues go directly to the farmers and community members, 80 percent of whom would otherwise live on less than $2 a day.

Although the money in these examples comes from different sources (pay-for-success vs. offsetting), both reduce GHG emissions by helping farmers manage their land more efficiently, both link the payments the GHG reductions, and both are partly financed by something called “REDD+.”

It stands for “Reducing Emissions from Deforestation and Degradation, plus conservation, sustainable management of forests, and enhancement of forest carbon stocks.” It’s an umbrella term for various mechanisms enabling governments, farmers and foresters to earn money by managing their land in ways that either absorb more or emit less GHG than they would otherwise.

Some of the methodologies REDD+ relies on originated (ironically) in time-tested quantitative methods which timber traders use to negotiate deals, and which planning agencies now use to project changes in land use. These techniques evolved despite a surprising lack of consensus on what constitutes a forest, given wide variations in tree height, density, carbon sequestration, and human encroachment.

Such things need rigorous definitions, and the scientific debate around them recently reached a milestone, when the Accountability Framework Initiative (AFi) unveiled a new global consensus on what a forest is, what deforestation is, and how forests impacts can be measured.

Mainstream media didn’t cover it, and that’s part of the problem: It tends to ‘ignore the forest for the trees,’ passing over this level of scientific rigor and careful definitions to seek out the conflict story. The rigor of REDD+ methodologies or AFi’s work doesn’t get much attention outside the specialized “trade” press, yet mainstream media have eagerly and often unfairly panned REDD+ and carbon offset projects for “putting a price on nature,” or promoting “climate colonialism,” or letting wealthy polluters off the hook instead of stopping GHG emissions at the source. Sometimes they publish factually-challenged “exposés” without ever diving into the nitty-gritty of how REDD+ works, citing a token sample of unrepresentative projects to conclude the whole field is fatally flawed.

There’s insufficient space here for rebuttals (one of us posted one here), but the larger point is recognizing the misconceptions that lead to such errors. One misconception is seeing REDD+ as a standalone intervention. In fact, it’s a small part of a broader, holistic approach needed to fight climate change and deforestation. We have to eat less beef, and we also have to finance sustainable agriculture as in the Ethiopian and Indian examples above.

Another misconception is that deforestation halted in one place simply migrates down the road — an effect known as “leakage.” It does happen — and gets duly accounted for when it occurs. But taking leakage as a wholesale indictment of REDD+ is a misunderstanding of how sustainable production works.

Sustainable producers manage their land to grow food and support livelihoods without churning through topsoil or cutting forests. When properly implemented, such practices tend to get picked up and copied by neighboring producers. But implementing them costs money and requires investment and training. For example, land managers who want to produce pulp and timber sustainably under Forest Stewardship Council (FSC) certification face prohibitively higher costs than the bad guys. REDD+ financing can level the playing field and help scale up FSC production, so it’s a big, net gain for the climate.

Sound complicated? No more so than college football, yet no shortage of reporters cover that. For decades media and policy discourse often failed to grasp, let alone explain to mass audiences, the enormity of the climate problem. Let’s not make the same mistake on solutions.

Steve Zwick is the Managing Editor of Ecosystem Marketplace.

Tim Whitley is the founder and CEO of Carbon Offsets to Alleviate Poverty (COTAP), a 501(c)3 public charity that sells offsets from certified forestry projects in least-developed regions which create transparent and accountable earnings for rural farming communities where income levels are less than $2 per day.