Contaminated water has long been part of every urban area’s growing pains, and it’s a major health hazard in rapidly industrializing parts of the developing world, which is why it’s the theme of this year’s World Water Day. Here’s how people are using nature-based solutions to manage it. 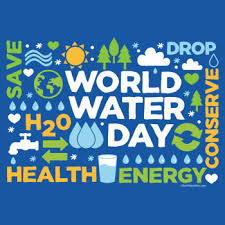 22 March 2017 | By definition, wastewater is something we dispose of, usually by flushing it down drains after mixing it with stuff we don’t want to think about. But the United Nations wants us to think about wastewater, and has made it the central theme of World Water Day, the international observance of all things water that takes place on March 22 every year.

“We shouldn’t be looking at wastewater as something to ignore or discard,” UN-Water’s Chair Guy Ryder, Director-General of the International Labour Organization, said in a video statement. “We need to see it as a valuable resource that we can use for the benefit of people and ecosystems.”

The Sustainable Development Goal on water, SDG 6, lists halving the amount of untreated wastewater and significantly increasing recycling and safe reuse globally as one objective.

However, most cities in the developing world don’t have the necessary infrastructure and funds to manage wastewater in an efficient and sustainable way, the UN explains. Globally, over 80 percent of generated wastewater flows back into ecosystems untreated. Indeed, 1.8 billion people use a contaminated water source, which contributes to 842,000 deaths annually.

The goal is to turn wastewater into a valuable resource through treatment processes that nations can use as an energy source or water for irrigation. But there’s also a need to reduce wastewater, and on that front, a powerful tool already exists in the form of wetlands, trees and forestland – collectively known as nature.

Report author Genevieve Bennett explains many of these investments aim to complement or work in tandem with built grey infrastructure that manages water. Forests or wetlands, for example, can filter out water pollution, regulate stream flows, recharge aquifers and absorb flooding, which limits the need for hard infrastructure, Bennett writes. A green-gray hybrid infrastructure approach for a coastal city facing flood risks could include wetland restoration in the outer areas, bioswales and permeable pavements within the city to absorb floodwaters, upgrades to constructed seawalls to buffer surges and wastewater infrastructure.

When specifically looking at how green infrastructure can benefit wastewater management, Mark P. Smith, the North American Freshwater Program Deputy Director at The Nature Conservancy (TNC), says its ability to reduce stormwater is key. Stormwater is the dirty water that flows off pavement and rooftops when it rains and oftentimes overwhelms older municipal sewer systems, which can result in the release of untreated sewage into streams and other waterways.

In the past, cities built big expensive treatment plants to try and catch this pollution but lately water managers are embracing a de-centralized approach that prevents stormwater from entering sewer systems in the first place through green infrastructure practices such as rain gardens, bioswales, green roofs and permeable pavements, absorbent measures that stop the dirty water in its tracks.

“Green infrastructure is not a cure-all but it certainly helps,” says Jim Schwab, Manager of the Hazard Planning Center at the American Planning Association (APA).

While it’s true that cities will always require grey infrastructure in some form, factoring in green infrastructure to manage land and water is a worthwhile task.

There’s also the economic benefits, Kettering adds. “It’s creating jobs locally in communities that can’t be exported. And these jobs are a variety of high-skill and low-skill jobs so green infrastructure can be a real employment-creator in a region. Nature is providing a triple bottom line financially, economically and socially.”

Cities such as Washington D.C. and Philadelphia are embracing the green approach with programs intending to incentivize developers and property owners to implement green interventions.  In 2014, D.C. launched the nation’s first Stormwater Retention Credit (SRCs) trading program, which allows property owners to generate SRCs for voluntarily implementing green infrastructure that reduces stormwater runoff. They can then trade their SRCs with others needing to meet regulatory requirements.

“In terms of trading, we realized we could allow a lot of flexibility to development while at the same time generating as good or better benefits for the water bodies,” said Brian Van Wye of the District of Columbia Department of the Environment in an earlier article.

Stormwater and wastewater management is one of several areas on the water spectrum that natural infrastructure can address. Nature-based solutions can also ease coastal and river flooding and erosion, and ecosystems such as mangrove forests, beaches and sand dunes can absorb wind and water during hurricanes or superstorms. Because nature-based interventions have such multi-purpose functions, a diverse group of six partners recently launched a platform offering communities guidance and case studies on green infrastructure with a focus on mitigating flood risk.

“We were thinking how do we help communities understand and engage in nature-based solutions, and we realized we needed to make it much more accessible at the community level,” says TNC’s Smith.

TNC is one partner that comprises the effort behind Naturally Resilient Communities (NRC), which received funding from the Kresge Foundation. The others are: APA, American Society of Civil Engineers, Association of State Floodplain Managers, National Association of Counties and Sasaki Associates, an architecture firm.

Smith says the partnering group essentially represents the different components of municipal governments responsible for making big development decisions, which is key if intending to drill down to a community level.

NRC centers around knowledge sharing and education. Planners, engineers, mayors and county officials with experience implementing green infrastructure projects engage with those that haven’t, and communities can collect ideas from an interactive website offering a number of case studies and nature-based approaches to fit different flooding scenarios.

“The website is meant to capture the imagination and make people think, what problems with flooding do I have and what do I want my community to look like going forward,” Smith explains.

APA’s Schwab says the NRC platform will help planners determine what types of green infrastructure will deliver the most benefits in various environments – be it the Great Lakes region, coastal ecosystems or mountain environments.

“Green infrastructure is not a one-size fits all solution,” Schwab says. “It’s something that has to be tailored to local circumstances so there’s a knowledge-base that needs to be shared among planners and other kinds of involved professionals.”

And while NRC’s focus is flooding, it does include some information on urban stormwater issues.

Ultimately, the new platform demonstrates the benefits of using nature to address water-related problems, one of which is wastewater.

“The decisions we make today about the infrastructure we put in place – whether natural or manmade – will have a long-lasting impact on how we live and work,” Miami-Dade County Mayor Carlos Gimenez said on the NRC platform. “We should let nature do its very best job for us.”