Amid the West’s worst drought in recorded history, the U.S. Department of the Interior launched a new center this week that aims to spark impact investments in water infrastructure and better coordination across states. The era of the Hoover Dam is over, clearly, but what exactly the water infrastructure of the future will look like is still an unfolding story. 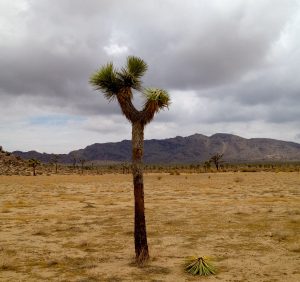 16 December 2015 | “When the well is dry, we know the worth of water,” said U.S. Secretary of the Interior Sally Jewell on Tuesday, quoting Benjamin Franklin and citing California, where it’s not wells, but water-yielding mountains and streams that are drier than ever in recorded history.

Already in the midst of its worst drought, the state’s reserves of mountain snow are the lowest in at least 500 years, and the Colorado River is entering its 16th year of unbroken drought. It’s a challenge that hits the entire Southwest, and meeting it requires more efficient management of land and water resources as well as renewed infrastructure investment.

With federal funding in a constant state of limbo, the U.S. Department of the Interior (DOI) is launching the Natural Resource Investment Center (NRIC) to spark more coordinated use of water across states. It will also foster private sector impact investments to develop water infrastructure while creating what the DOI promises will be a rigorous mitigation banking initiatives to ensure that new development doesn’t negatively impact fragile habitat and wetland areas.

It is not yet clear whether the NRIC will seek to develop “green infrastructure” that focuses on the restoration of mountain catchments, as many cities across Latin America are doing, but the DOI says it will work in partnership with water users, foundations, impact investors, businesses, NGOs, and academic institutions that have strong environmental programs or business schools.

The announcement comes just over a month after US President Barack Obama ordered five federal agencies, including the DOI, to strengthen and streamline landscape-level mitigation policy within five federal agencies – a move that’s is expected to lead to an upswing in private investments for natural resources.

In November, the DOI promised to promote mitigation activities in tune with the mitigation hierarchy, which views mitigation banking as a ‘last resort’, to be applied only after first seeking to avoid and then minimize any negative impact on nature.

“The DOI policy contemplates more robust use of the mitigation hierarchy in the public land management context,” Jessica Wilkinson, a Senior Policy Advisor on mitigation at The Nature Conservancy (TNC), told Ecosystem Marketplace in November.

“We’ve had the hierarchy in wetlands for many years but these recent policy announcements cement it in other settings,” added James McElfish, a Senior Attorney at the Environmental Law Institute.

“We have many challenges: climate variability, human impact, aging and a lack of 21st century infrastructure,” says Department of Interior spokesperson Jessica Kershaw. “Solutions don’t look like the great Hoover Dam anymore. We need to become nimbler, to access water more quickly and in smaller markets to leverage more drops.”

The U.S. Department of the Interior (DOI) is seeking both a director to spearhead the new project and new ideas to bring it to life. They encourage interested parties to contact the Deputy Secretary office – home to the new Natural Resource Investment Center – at (202) 208-6291.