US President Donald Trump on Friday announced a massive rollback of federal environmental regulations, ostensibly in the name of prosperity. Carbon markets, however, have progressed despite lack of federal action, helping California reduce emissions in a booming economy. Here is why that’s good news for owners of private forests. 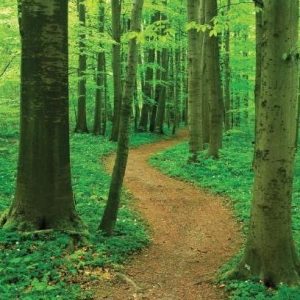 21 January 2017 | On Inauguration Day, just as any trace of climate action was disappearing from the White House website, California announced it was deepening its emission targets and growing its cap-and-trade program through 2030.

This program lets industrial emitters reduce their carbon footprints by reducing emissions elsewhere – and that creates new opportunities for private forest owners across the country.

That’s because the US forest sector currently sequesters the equivalent of as much as 16% of the total CO2 emitted by the US each year. This service is largely viewed simply as a co-benefit to everything else forests provide—clean water and clean air, wildlife habitat, recreation, human health benefits, energy, materials, and more. That we will continue to benefit from these sequestration and carbon storage services is not guaranteed.

While carbon stocks in US forests have continually expanded since the 1940s, the expansion has shown signs of contraction. The most recent forecast of the nation’s forest future suggests that, in aggregate, forests will transition from being a net carbon sink to a significant source of emissions by 2030. The evidence for this is written on the landscape and in headlines.

The first driver of carbon sink loss—large-scale disturbance events such as megafires and insect infestations in the West—received ample media coverage due to their shock value. Even so, the press has largely missed the real story about the conclusive links science has made between these events and climate change. The term negative feedback loop has been applied, because such disturbance events themselves release significant amounts of carbon into the atmosphere, with the subsequent warming only perpetuating the cycle.

The second major driver of carbon sink loss is conversion of forestland to other uses. As populations grow in carbon dense areas like the Atlantic Coastal Plain and the Puget Sound regions, forests at the edge of urban and suburban communities are picked apart. The pressures are such that by the middle of this century forest loss in the U.S. could amount to a land area the size of Florida. While the unfettered deforestation of tropical rain forests is one of the most significant causes of global warming, this other form of homegrown deforestation is becoming increasingly problematic.

Going forward, as the damages of climate change undermine social cohesion and economic prosperity, society will greatly value the mitigation benefits forest ecosystems provide. Once viewed as an ancillary benefit, it is anticipated that the carbon storage and sequestration services forests provide will become increasingly valued. Policies and market mechanisms will emphasize actions that enhance the mitigation benefits of forest ecosystems, and forest landowners will respond to these signals.

Many of the necessary strategies to promote forests have already been developed and can be implemented today. These include reducing deforestation (also known as avoided conversion), increasing reforestation (or afforestation), and improving forestry practices so that managed forests maintain higher carbon stocks than they would otherwise over their lifetime. Improved forest management also aims to conserve older forests that already possess high carbon stocks, and encourages these systems to store even more carbon in forest biomass and soils. All of these strategies are currently considered carbon offset project types in the California carbon market.

Since the early 2000’s, over $6 billion has been committed globally to forest conservation and improved management through carbon market mechanisms. The market continues to grow with nearly $888 million being committed in 2015 alone, according to Ecosystem Marketplace’s most recent State of Forest Carbon Finance report. Forest carbon offset sales in North America totaled $74.5 million in 2015, with $11.3 million of those sales through voluntary markets and $63.2 million through compliance markets, mostly driven by California’s cap and trade program.

All of this revenue and the financing used to produce it, have been dedicated to projects that are many thousands of acres in size to achieve economies of scale. Virtually none of this market activity, to date, has involved small family forest owners. This is a problem, because family forests are precisely the subdivision of landowners suffering the greatest threat from the fragmentation and conversion that is undermining the nation’s terrestrial carbon sink.

Unlocking the Potential of Family Forests

Making up nearly half of the forestland in the country, family forests are a crucial part of the carbon sink. For most of these landowners, their land and timber are their largest assets. When their forest is essentially their savings account, an emotional attachment to their woods is usually not enough to keep forestland intact when a personal financial crisis hits.

While less than a quarter of landowners list timber harvesting among their primary ownership objectives, more than 63% of family landowners end up harvesting—often without the guidance of a forester or a professionally prepared stewardship plan. As landowners encounter financial burdens (i.e. medical expenses, college tuition, and estate taxes) carbon stocks are often exchanged for cash through liquidation harvests, land sale, or conversion to other land uses. A cloud of unknown factors will impact these vital forests, particularly as the next decade will see most of these lands transitioned to new ownership and a new generation.

The climate mitigation benefits of preserving family forests are potentially massive. Relative to other private forest ownerships, the per-acre carbon stored on many of these lands are significantly greater; trees are often older, and forests more structurally complex than intensively managed industrial timberlands. Many family forest owners could even enhance their carbon stocks further with the guidance of a professional forester, and an improved forest management protocol. However, thus far, the price for carbon offsets and the transaction costs involved with developing, verifying, and selling carbon offsets has prevented family forest owners from participating in the market. The deal is squeezed on both ends of the transaction.

Just as innovation has made solar photovoltaics a competitive carbon reduction strategy, innovations in land-sector carbon reduction actions are percolating right now in the forests of the Pacific Northwest. My organization, the Pinchot Institute for Conservation, and ecoPartners LLC, together, with several partner organizations, are pushing innovation in the design of improved forest management projects to unlock the carbon market for family forest owners. Over the next two years, this partnership will advance this model across much of Western Oregon and Washington.

The strategy focuses on three actions. First, adapting the Environmental Quality Incentives Program, itself a signature Farm Bill program, to cover the most significant expense involved in improved forest management projects—the completion of detailed forest carbon inventories that meet the statistical requirements of carbon markets. Second, carbon offset project development is being structured in a manner that spreads development expenses across multiple parcels and eases the time involved with third-party verification. Third, exciting new forest measurement technology is being deployed to improve the quality and cost-effectiveness of carbon inventory.

As this program unfolds, participating landowners accessing the carbon market will receive annual payments for conserving and sustainably managing their forestland. For some, the payment schedule will be well worth the opportunity cost and help enable them to undertake the type of forest stewardship they wish to practice well into the future. Ironing out the details of such an approach and preparing this model for nation-wide replication is vital, as the connections between the climate and forests grow clearer every day.

Brian Kittler directs the Pinchot Institute’s Western Regional Office. He can be reached at bkittler@pinchot.org.