Four years ago, nearly 200 governments, corporations, NGOs, and Indigenous Peoples’ organizations pledged to cut deforestation in half by 2020 and end it by 2030. Instead, deforestation is up 42 percent, and much of that is illegal. 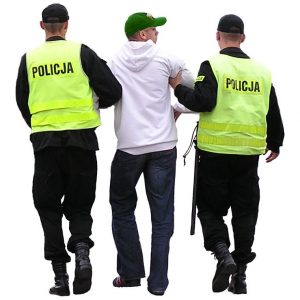 30 November 2018 | Zanzibar’s Masingini Natural Forest Reserve provides drinking water for much of the island and habitat for dozens of rare and endangered species, but its forests are being illegally clear-cut. Meanwhile, in the Brazilian Amazon, the “lungs of the planet”, recent satellite images show 7900 square kilometers of illegal deforestation in just the last year.

New research published on the eve of 24th Conference of the Parties (COP24) to the United Nations Framework Convention on Climate Change (UNFCCC) in Katowice, Poland, by the NYDF Assessment Partners, shows that deforestation rates have risen 42 percent since 2014, which is the year that nearly 200 governments, corporations, NGOs, and Indigenous Peoples’ organizations endorsed the New York Declaration on Forests (NYDF), which is a pledge to end forest loss by 2030 – with an interim target of cutting it in half by 2020.

The NYDF is broken into ten goals, with #10 being improved forest governance, and the new report looked at progress towards that goal. Called “Improving Governance to Protect Forests”, it finds that law enforcement has improved slightly since 2014, especially on the demand side, and that transparency has also improved, but not nearly enough to slow illegal deforestation.

That matters, because deforestation is responsible for at least eight percent of all greenhouse-gas emissions in the best of years, according to Global Forest Watch (GFW), and double that in the worst years, according to the Intergovernmental Panel in Climate Change (IPCC). Meanwhile, a 2017 study published in Proceedings of the National Academies of the Sciences shows we can get 37 percent of the way to meeting the Paris Climate Agreement’s 2-Degree Celsius goal by just improving the way we manage our forests, farms, and fields.

On the eve of the NYDF in 2014, Forest Trends published research showing that roughly half (49 percent) of all agriculture-related tropical deforestation from 2001 to 2012 took place illegally, and the new report implies that figure hasn’t improved much.

The report also found that higher rates of deforestation correlated with higher “corruption scores” in Transparency International rankings, and that corruption scores hadn’t improved in the last five years.

Kerstin Canby, Director of the Forest Policy, Trade, and Finance Initiative of Forest Trends, says this could get worse in the years ahead.

“In Indonesia, advances in implementing the national Timber Legality Assurance System are at risk due to longstanding corrupt practices in the timber sector,” she says. “Corruption also permeates the land acquisition process for palm oil development in that country, and in the Congo Basin, countries face similar challenges as logging concessions are corruptly transformed into vehicles for the illegal conversion of rainforest to palm oil and other commodities.”

The report did identify increased demand-side enforcement, which is critical because roughly half of all illegal deforestation identified by Forest Trends was associated with products that were exported. Canby identified signs of more recent improvement in regulation of the European Union Timber Regulation.

“By mid-2018, EU Member States had implemented 17,735 checks on domestic timber, and they implemented 2,704 checks on imported timber in 2017, while more than 992 penalties have been assessed, and 21 cases went to court,” she says, citing figures from the UN’s World Conservation Monitoring Centre.

She adds that some developing countries are also improving their import monitoring.

“In May 2017, Vietnamese associations and enterprises active in the wood processing and trading sector signed a commitment to ban the use of illegal timber, in order to protect the reputation of Vietnamese wooden products and guarantee sustainable development for the industry,” she says.

There’s also evidence that those companies that have invested in purging deforestation from their supply chains are beginning to push for improved regulation.

The report also highlights new research showing indigenous people getting more legal rights to their land and demonstrating remarkable land stewardship, with deforestation rates seven-times lower than in lands beyond these borders in the Brazilian Amazon and three-times lower in the Colombian Amazon.

“This is yet another reminder of the fact that indigenous people are the world’s most effective stewards of the land,” says Quote from Beto Borges, Director of the Forest Trends Communities Initiative. “Where their rights are recognized, their forests remain intact.”

Enforcement of these laws, however, is under threat, the report finds.

“Far too often, forest peoples have seen government corruption turn into violence against us,” says Victoria Tauli-Corpuz, the United Nations Special Rapporteur on the Rights of Indigenous Peoples and author of a foreword to the NYDF Assessment Partners report. “In the rush to grab our land, our rights are trampled alongside any laws that might strengthen our position.”

Even where countries do recognize the land and forest rights of Indigenous People and local communities, they often only do so partially, leading to many communities lacking the tenure security they need to protect their lands from outsiders.

“On average, low- and lower-middle- income countries provide greater tenure security to Indigenous Peoples and local communities than do upper and upper-middle-income countries that have significant indigenous populations,” Conway said. “The worst offenders among wealthier nations include Finland, Sweden, Norway, Canada and Russia, though in practice, even in places where rights are secure on paper, they are often not secure in practice.”

The report cites research showing that 185 people were killed in 2017 for standing up to governments and companies to stop the destruction caused by mining and agro-industrial projects.

“In many countries, information may not be available in formats or languages that are accessible to many people, in particular vulnerable groups,” says Darragh Conway, lead author on the report. “Governments may use the situation to refuse access on broadly defined grounds or require information to be paid for, further restricting access for many.”

Cost is not the only consideration.

The study also looked at whether governments are delivering on commitments to guarantee procedural rights intended to enable civil society, the public and communities to participate in decision making on forests and access judicial and other remedies to challenge improper decisions.

“The majority of countries do provide for consultations in relation to forest-related policies and projects. However, consultation processes are often overly technical and not linked to concrete decision-making, and governments are not required to take comments provided by stakeholders into account,” the authors noted. “Women and other vulnerable groups are heard even less.”