Tropical forests are our first line of defense against climate change, and the Tropical Forest Standard creates a blueprint through which industries can offset part of their carbon emissions by paying countries in the tropics to save trees. It could funnel $1 billion towards reducing tropical deforestation in the next 10 years. 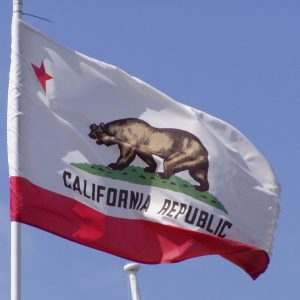 20 August 2019 | California has been an environmental trailblazer for a generation. In a few weeks, it has a chance to secure that legacy for generations to come.

In September, the Golden State will have a rare, historic opportunity to spark meaningful — and global — action on climate change.

The California Air Resources Board (CARB) will have a chance to show vision and fortitude by adopting the Tropical Forest Standard, a blueprint for allowing tropical forest protection initiatives to be included in the state’s cap-and-trade system. In June, members of the California Assembly called on CARB to endorse the standard.

State lawmakers deserve praise for seeing through the noise of naysayers and the tangle of trade-offs that have jeopardized the effort to reduce climate-warming tropical deforestation for more than a decade now.

This is no bureaucratic, rubber-stamp moment. Without CARB’s endorsement, all the good work, all the painstaking political and public discourse, all the intensive negotiations of the last 10 years, will be for naught.

The Tropical Forest Standard, essentially, creates a blueprint through which industries can offset part of their carbon emissions by paying countries in the tropics not to cut down their trees, through the sale of “carbon credits.” With tropical deforestation representing about 20 percent of global annual greenhouse gas emissions, keeping forests standing is a powerful way to tackle the climate crisis. Early analysis shows that if approved and enacted, the standard would generate over $1 billion towards reducing tropical deforestation in the next 10 years.

Opponents have argued that the effort amounts to trading in-state pollution reductions for far-flung emissions reductions, and would hurt the indigenous communities that care for, and rely on, tropical forests around the world.

But the fact is, from its inception, the Tropical Forest Standard has featured safeguards to ensure that greenhouse gases are truly reduced overall, and that indigenous communities are consulted and protected.

The sale of carbon reductions would not be left in the hands of individual landowners, but rather overseen by larger jurisdictions – states and provinces – that assess the overall reduction in deforestation.  In addition, the standard requires the participation and informed consent of indigenous peoples and local communities ensuring that actions taken to reduce deforestation are designed collaboratively and respect traditional rights and knowledge.

With so many assurances and so much evidence now in place, CARB can confidently move to endorse. No doubt, the clamor of last-ditch protests will rise over the next few weeks. But the Board must refuse to be dragged back into the debate or distracted from the urgent truth at the heart of the matter: according to the UN Intergovernmental Panel on Climate Change, we have about a decade to achieve the massive carbon emissions reductions needed to avoid climate catastrophe.

That means we must take action now across the board — investing in renewables, cutting fossil fuels and protecting tropical forests.

Let’s be clear: the Tropical Forest Standard does not increase California’s strict limitations on the number of allowable offsets. It simply connects the state’s cap and trade system to the regions where finance from offsets will have the greatest global impact, and adds stipulations to ensure they are real and lasting.

The blueprint for California’s envisioned carbon credits market will require some testing early on. But time, experience and learning will only improve the approach.

It would not be the first time California policymakers have launched an environmental program rather than waiting for perfection. Remember California Cap & Trade — the first-ever multi-sectoral program of its kind in North America? That program met early and vociferous resistance but over time has been iteratively improved through stringent monitoring and responsive rule-making that won over most initial detractors. California’s leaders have historically understood that perfection can sometimes be the enemy of good, and that doing nothing is far worse than doing something mostly right.

With the Tropical Forest Standard, we’ve come to a similar tipping point. Along with fossil fuel use, deforestation has helped create a climate crisis. Environmental experts, climate scientists and progressive policymakers agree that an active offsets market will move the needle on climate change — now.

When it huddles on the Tropical Forest Standard in September, CARB will have a chance to stand up and see to it that California once again claims leadership on the most important issue of our time.

The world is watching.

Joanna Durbin is the director of the Climate, Community & Biodiversity Alliance at Conservation International. She led the development of the social and environmental safeguards included in the Tropical Forest Standard and can be reached at [email protected].