While the UK government recently released the long-awaited conclusions from its consultation of biodiversity offsetting, analysts like the British Ecological Society are uncertain if the findings will lead to the mechanism’s use as pilot projects were inconclusive and the research questions offsetting’s ability to deliver anything more than marginal benefits. 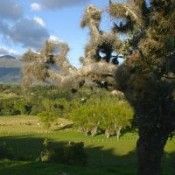 18 March 2016 | Last week, almost two and a half years after it closed, the UK’s Department for Environment, Food and Rural Affairs (Defra) finally released the conclusions of its consultation on biodiversity offsetting in England. Given the lack of urgency in publishing these results, it is unsurprising that there appears to be little enthusiasm from Defra to push offsetting forward. There are no concrete actions identified as a result of the consultation: only that Defra will continue to work “with Natural England and interested parties to further our shared understanding of how best to compensate for biodiversity loss when it cannot first be avoided or mitigated”.

Back in 2013, we brought together a group of members to consider the scientific evidence behind biodiversity offsetting and submitted a detailed response to the consultation. In our response we suggested that any offsetting policy must be based on a scientifically valid, transparent and consistent mechanism, integrated into the mitigation hierarchy. We also highlighted the substantial uncertainties that remain in our understanding of habitat restoration, and that further ecological research into the design and implementation of possible offsets is required if they are to achieve the intended outcome of “no net loss”.

Since then, as previously discussed on the blog, further studies have urged caution with offsetting. Gordon et al identified the risks of “perverse incentives”, including the possibility that offsets may entrench biodiversity declines if baselines are poorly specified, and the danger of crowding out other conservation actions. Evans et al flagged up a number of areas where more scientific evidence is required, including extending our knowledge of offsets across a greater range of habitats, understanding the timescales required to create functionally equivalent ecosystems, and developing a framework for treating uncertainty.

This ambivalence about offsetting is reflected in the collated responses to the Defra consultation. Out of over 400 responses, just over half thought that the Government should introduce offsetting, with almost two-thirds of respondents suggesting that the proposed objectives were wrong. Concerns raised in the consultation include the lack of ecological expertise and capacity within local authorities to implement an offsetting system; the high degree of uncertainty over methodologies, and the potential for offsetting to undermine the mitigation hierarchy, especially if applied through a voluntary scheme.

Whilst consulting on biodiversity offsetting, Defra also instigated a series of pilot schemes in six areas, and the evaluation report of this pilot programme – also released last week – shares much of the caution found in the consultation results. The pilots were inconclusive, with no offsets actually in place at the end of the trial period and many aspects remaining untested. The report concludes that while offsetting may have potential, there is a clear need for increased resources and ecological expertise within local authorities, and in its proposed form it could deliver only “marginal benefits in terms of streamlining the planning process for agreeing compensation for biodiversity loss”.

So where next for biodiversity offsetting? It seems that this idea, much vaunted by the Coalition government and the previous Secretary of State, will not be rolled out any time soon. Yet the Conservative government is still keen on market-oriented mechanisms for conservation, with Liz Truss highlighting natural capital accounting and environmental impact bonds in her recent speech on reforming Defra. With the framework for Defra’s 25 year plan for the natural environment expected this Spring, we should soon have a clearer idea whether offsetting will make a comeback, or remain in the wilderness.

Ben Connor is a Policy Officer at the British Ecological Society.