Some of the world’s most high-profile companies have committed to purging deforestation from their commodity supply chains, but they amount to just 8 percent of global companies involved in the production of commodities associated with deforestation, and a staggering 44 percent of such companies have made no public commitments to harvest commodities sustainably. New analysis from Ceres and Supply Change aims to address that. 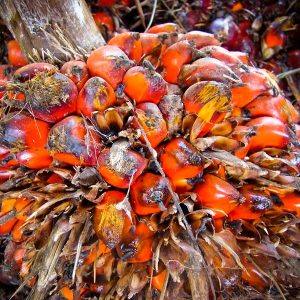 10 June 2019 | Deforestation and illegal agriculture still account for roughly 20 percent of all greenhouse gasses, leaving major producers of soy, beef, and other commodities exposed to regulatory and reputational risk as the Paris Agreement comes into force.

Many companies have spent the last decade restructuring their supply chains – some to do the right thing, and others to reduce their exposure to climate transition risk.

New research by the Forest Trends Supply Change initiative, however, shows that 44 percent of the 865 companies most associated with deforestation risk haven’t made any public commitments to reduce that risk. Specifically, according to analysis summarized in “Targeting Zero Deforestation,” just 484 of the 865 companies that Supply Change identifies with the most forest-risk exposure have committed to sourcing commodities sustainably, and just 72 of those companies, or 8 percent, have committed to achieving either “zero deforestation” or “zero net deforestation”  for at least one forest-risk commodity. Authors speculate that the low number of commitments related directly to deforestation may reflect a lack of consensus on what, exactly, constitutes a forest – a surprisingly contentious issue reflecting wide variance in tree height, density, and past human contact.

The Roundtable on Sustainable Palm Oil (RSPO), for example, focuses on forests deemed to have a high conservation value (HCV) according to guidelines developed by the Forest Stewardship Council (FSC) in 1999. Many groups, however, are shifting to more detailed approach called the “high carbon stock” (HCS) approach, which was created by palm-oil group Golden Agri Resources Ltd, together with Greenpeace and The Forest Trust. The HCS approach builds on the HCV approach and creates six categories of tree-covered land, four of which are generally considered forest. That, in turn, spawned the Accountability Framework Initiative (AFi) in 2016 to forge consensus not only on what constitutes a forest, but what constitutes a deforestation commitment. AFi is releasing its formal guidance this week in Utrecht, Netherlands.

The Supply Change analysis was commissioned by the Ceres investor network to focus attention on the AFi guidance and to support an investor brief called “Out on a Limb,” which offers a deeper dive into the ways companies that address deforestation are doing so, as well as the consequences faced by companies that don’t. That brief is publicly available but will be formally launched at a webinar on 26 June.

“These numbers show that companies are not going hit their zero deforestation targets, especially in time for the popular 2020 deadline, but that a lane has opened up for companies looking for clear guidance on how to measure and report on progress in addressing deforestation in ways that meet emerging investor demands,” says Supply Change Senior Associate Philip Rothrock, who co-authored the analysis. “People can learn more about how companies can align with new company expectations with the release of the Accountability Framework and  Ceres’ investor brief around how to address deforestation.”