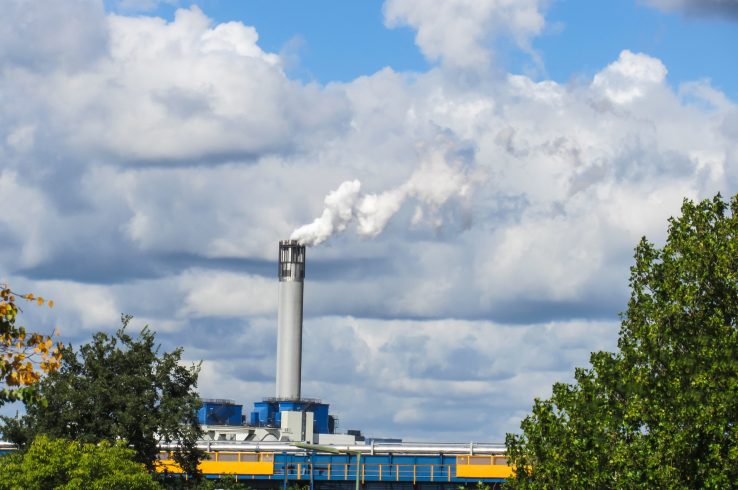 How Do Countries’ New Emissions-Reduction Plans Stack Up?
Taryn Fransen and David Waskow
The Paris Agreement is designed to create a "race to the bottom" in emissions, with countries proposing ever-deeper emission reductions in their Climate Action Plans. To avoid disaster, they'll have to be 55 percent deeper by 2030 than they were when the Paris Agreement was signed. So far, they're less than 3 percent deeper. 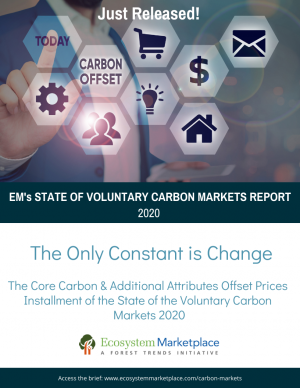 Controlling realities through accounting is an illusion. It is essential to create multiple incentives for mitigation, including through voluntary carbon markets. While corporate action is essential, only truly additional emission reductions should be used for company offsetting.

Voluntary carbon markets are key to cutting greenhouse-gas emissions in half by 2030, and clear data is key to ensuring they can deliver real reductions. Ecosystem Marketplace, the leading provider of data and intelligence on voluntary carbon markets, is responding with new interactive platforms offering unprecedented market transparency.

The chocolate business has decimated forests in Ghana and Côte d’Ivoire, but chocolate companies have promised to clean up their act. Trouble is, only a few have embraced agreed on practices for doing so.

Hundreds of companies voluntarily report on progress towards sustainability goals, but such reporting may soon be mandatory.

With more and more companies scrambling to achieve zero net greenhouse-gas emissions, the demand for voluntary carbon credits is skyrocketing. The Taskforce on Scaling Voluntary Carbon Markets today published a detailed 138-page blueprint for ratcheting up the size of voluntary carbon markets without sacrificing quality. Here is a brief dive into the highlights.

Biden’s “All of Government” Plan for Climate, Explained
|  Climate change

Rejoining the Paris agreement is just the start of Biden’s climate and clean energy policy.

Indigenous Peoples from the Arctic and the U.S. Southwest have joined together to tackle issues of food sovereignty in two environmental extremes. Their bond led to a swift response to COVID-19. 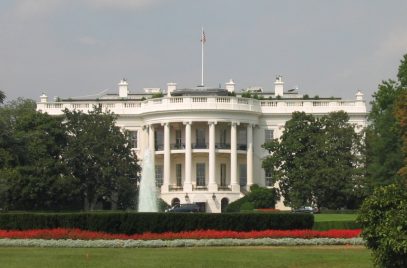 How Biden Can Ensure Every Federal Agency Is Fighting Climate Change
Brian Kahn and Dharna Noor
Joe Biden has promised to weave climate strategy into every element of his new administration. Here's how he can do it.
Climate change
UN Secretary General: Without the US in the Paris Agreement, Humanity Faces Climate ‘Suicide’
Biden Picks Kerry as Climate Coordinator
Natural Climate Solutions Win Big in First Bezos Grants
Where Does Joe Biden Stand on Climate and Agriculture?
Economic Growth Is Faster In Healthy Societies
This Really is our Final Chance to Act on Climate
Biodiversity Market 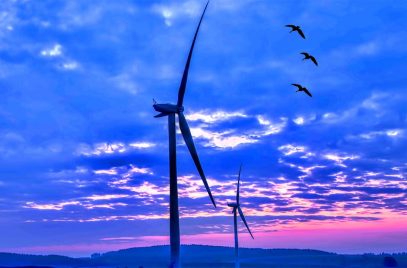 Crediting Wind and Solar Power for Saving Species
Timothy Male
A gigawatt of installed renewable energy saves 42 species from going extinct due to climate change. Let's find a way to acknowledge that in policy and regulation.
Biodiversity Market
Banks Bankrolling Extinction to Tune of $2.6 Trillion
Navigating the Turbulent Waters of US Environmental Policy
As Canada Contemplates Biodiversity Offsetting, Your Views Matter
For First Time Ever, Environment Tops Global Risks
The UK Finds “Net Gain” Might be Cheaper Than “No Net Loss”
In Chesapeake Bay, Simple Targets Lead to Compound Results
22806,22791,22766,22752,22589,22574,22570,22549,22441,22379,22363,22349,22169,22135,20786,22549,22549,22549,22549,22549,22549,22549
d49fa69439
1
https://www.ecosystemmarketplace.com/wp-content/themes/ecosystemmarketplace
This website uses cookies to improve your experience. We'll assume you're ok with this, but you can opt-out if you wish. Cookie settingsACCEPT
Privacy & Cookies Policy