As of 2019, all of Canada is covered by some sort of carbon pricing program, whether federal, provincial, or both, but the country has been slow to embrace biodiversity offsetting. Is that about to change? 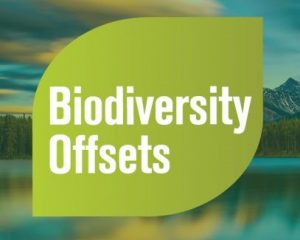 29 January 2019 | Canada has quietly implemented carbon pricing across the country, both through longstanding provincial cap-and-trade programs and the more recent federal Greenhouse Gas Pollution Pricing Act of 2018. Now, says David Poulton, both the federal government and several provinces looking to expand the use of biodiversity offsetting in areas were development and environment clash.

“People don’t realize that we’ve been experimenting with offsetting for decades,” says Poulton, who runs the Alberta Land Institute at the University of Alberta. “We’ve had a federal program for offsetting damages to fish habitat since 1986, but the program has – if you’ll pardon the pun – floundered.”

“The fisheries program had very loose guidelines and very little accountability, and it developed quite a poor reputation,” says Poulton. “But in the last five or six years, there’s been a consistent effort to upgrade it and make it more principled, and more people are beginning to understand the role that market mechanisms, and especially offsetting, can play in balancing development with water protection.”

Several Canadian provinces employ offsetting as a wetland conservation tool, as does the federal government on lands within its jurisdiction.  But the use of offsetting is expected to expand as both federal and provincial governments take an increased interest in the policy tool.  Offset credit banking is being considered by a few governments, according to Poulton.

As interest grows north of the border, Poulton is encouraging US participation in Land Use 2020: A Place for Biodiversity Offsets, which takes place in Banff, Alberta, from May 26 through 28, 2020.  “We have things to learn from the experience of the U.S. and other countries, and we think we have lessons to offer in terms of the unique challenges of offsetting in Canada’s geography,” says Poulton.

The deadline for early-bird registration and for submission of abstracts by those wishing to present is January 31, 2020.