Each of the world’s 50 largest banks are financing, on average, $52 billion in activities associated with the extinction crisis, according to a new report. 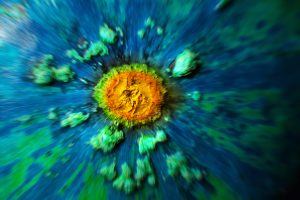 29 October 2020 | Major banks loaned more than $2.6 trillion to sectors driving the climate and extinction crises in 2019, an amount higher than the GDP of Canada, according to a new report called Bankrolling Extinction, published this week by portfolio.earth. The says most banks lack internal systems for monitoring biodiversity impacts and that current accounting rules shield them from liability. The report comes on the heels of a similar analysis by the Rainforest Action Network, which found that major financial institutions were financing activities without regard to the Paris Climate Agreement.

Industrial agriculture has again emerged as a primary culprit, especially in Southeast Asia and the Amazon region, but mining, fossil fuels, infrastructure, tourism, transport, and logistics were also singled out.

The analysis was described as “a frightening statement of the status quo” by Dr. Robert Watson, former chair of both the U.N.’s Intergovernmental Science-Policy Platform on Biodiversity and Ecosystem Services (IPBES) and Intergovernmental Panel on Climate Change (IPCC).

Mark Campanale, founder and executive chair of the Carbon Tracker Initiative, said that the report “reminds us that there is no time to lose for governments and financial regulators to create an appropriate rules-based system to oversee and ensure that banks cannot continue to finance this corporate planetary plunder, unconstrained and unnoticed.”

“Environmental destruction,” the report authors wrote, “can no longer be seen as an unfortunate byproduct of economic development.” Rather, the Covid-19 pandemic has demonstrated that healthy, biodiverse environments “underpin the functioning of our health, societies, and economies.”

Photo by Andras Kovacs from FreeImages