The Intergovernmental Panel on Climate Change delivered another clear, concise, and science-based analysis of the climate challenge this weekend. Chock-full of dire warnings and hopeful solutions, it reminds us again that we can fix this mess, even as evidence mounts that we won’t. 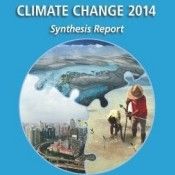 This story first appeared on The AnthropoZine. You can view the original here.

3 November 2014 | All horror fans know that the monster isn’t really dead until the credits roll, and even then we’re not really sure. The Terminator was blown to smithereens before its upper torso emerged to chase Sarah Connor one last time, and Ripley chucked the Alien into space at the end of “Alien“, but the sequel had an “s” at the end. Something similar happened in Brazil this year.

Deforestation, which had been on decline for years, surged nearly 300% in September; and it happened as evidence mounts that healthy forests arguably nature’s single most effective bulwark against climate change can lose more carbon than they absorb if subjected to extreme drought. The surge came as Dilma Rousseff who won the Brazilian presidency two years ago by promising to defend the Amazon clung to power by delivering large swathes of that same Amazon to the anti-green and anti-indigenous agriculture lobby.

And now comes the Intergovernmental Panel on Climate Change’s (IPCC) long-awaited Fifth Assessment Synthesis Report. Like those sane characters we’re supposed to identify with in horror flicks (the ones who are always ignored until it’s almost too late), the report offers an unequivocal warning that we need to change direction and change it fast if we’re to avoid stampeding off the climate cliff:

“Without additional mitigation efforts beyond those in place today, and even with adaptation, warming by the end of the 21st century will lead to high to very high risk of severe, widespread, and irreversible impacts globally.”

As Bill McKibben pointed out in The Guardian, it’s almost impossible to get so many scientists to sign off on a statement so categorical. “For scientists, conservative by nature, [such language] falls just short of announcing that climate change will produce a zombie apocalypse plus random beheadings plus Ebola,” he wrote. “It’s hard to imagine how they will up the language in time for the next big global confab in Paris.”

Like every statement in the report, this one has a “confidence rating” so we know if it’s one of the conclusions that nearly everyone agrees on or if it’s one of those where there’s still some doubt. The one above gets a rating of high confidence, as do earlier warnings that peg losses from reduced crop yields, rising sea levels, and water shortages at between $70 and $100 billion a year. Those figures don’t include damages from the increased threat of extreme events like hurricanes because there the certainty is a bit lower. None of this is new, of course. It’s a message we’ve heard and ignored before, over and over again.

Forests at the Vanguard

The report offers page after page of workable, achievable solutions many of which have been tried and tested, and none of which will cost as much as inaction. It reiterates also with “high confidence” earlier calls for “an integrated approach” that includes “reducing CO2emissions by reducing deforestation, forest degradation and forest fires; storing carbon in terrestrial systems (for example, through afforestation); and providing bioenergy feedstocks.” The answers, again, are so simple: save the forests, slash industrial emissions, and play fair:

“Effective mitigation will not be achieved if individual agents advance their own interests independently,” the report says. “The evidence suggests that outcomes seen as equitable can lead to more effective cooperation.”

Unfortunately, playing fair means that those of us who’ve benefited the most from the industrial largesse that’s driving climate change may have to live on a wee bit less, at least in the short term. It’s a rational request, but so was Sheriff Brody’s call to close the beaches in Jaws. (If you haven’t seen the movie, here’s what happened next.)

In most of these films, we do end up getting our acts together in the end, but not until after the shark shark has decimated our seaside economy or the aliens have captured the capitols or our great nations.

Of course, there’s one horror genre where the good guys don’t win: zombie films. In these, the walking dead almost always come out on top perhaps because they’re not forces from the outside. They’re our own dark sides run amok.

And climate change is nothing like that. Is it?