President Donald Trump and many Congressional Republicans say they’ll create jobs by rolling back environmental regulation, but their current trajectory could have the opposite effect: killing more than 220,000 jobs while eradicating endangered species, poisoning water, and accelerating climate change. There is, however, a proven way to reduce regulations without hurting jobs or the environment. 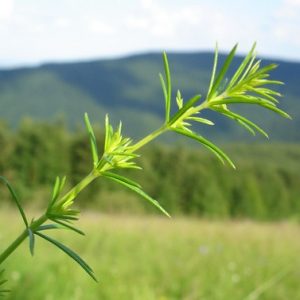 6 February 2017 | US President Donald Trump has vowed to revive rural America by eliminating what he claims are burdensome environmental regulations. Towards that end, he’s stifling efforts to slow climate change, weakening environmental reviews to “expedite” infrastructure projects, and preparing to torpedo a 2015 rule protecting tributaries that provide one-third of our drinking water.

His pick to run the Environmental Protection Agency, Scott Pruitt, is expected to neuter the EPA rather than kill it outright, but Congressional Republicans aren’t being so subtle: Senator James Inhofe is still fighting the good fight against climate science, ostensibly to revive coal country, while Representative Rob Bishop has vowed to chloroform the Endangered Species Act, ostensibly to help western ranchers and oilmen. Last week House Republicans voted to let coal mines dump their debris into rivers and streams.

All these efforts might boost profits for some of the energy and agriculture interests that support Republicans on the House Resources Committee, but they probably won’t create more jobs than they destroy.

That’s because profits aren’t jobs. In fact, they’re often the opposite: companies save money by cutting jobs.

Now, cutting jobs can sometimes benefit the economy if those jobs aren’t adding value, but the jobs in question do add value by planting trees, restoring rivers, and turning soggy, unproductive farms into wetlands that filter water, purify air, and slow climate change – jobs that exist because companies that damage our environment have a responsibility to make us whole.

“Companies that don’t pay are guilty of theft,” says University of Chicago Professor Steve Cicala. “If someone has a better way of describing [the act of] taking something from someone without their consent and without compensating them, I’d be happy to use that term.”

Those jobs are part of a $25 billion “restoration economy” that directly employs 126,000 people and supports 95,000 other jobs – mostly in small businesses – according to a 2015 survey that environmental economist Todd BenDor conducted through the University of North Carolina at Chapel Hill.

That’s more jobs than logging, more than coal mining, and more than iron and steel, as you can see here:

The restoration economy is already providing jobs for loggers across Oregon, and even some coal miners in Virginia, but it could disappear if the GOP environmental rollback continues. Here are 11 things you need to know to understand it.

The demand for restoration, however, isn’t as automatic as the demand for electricity is, because most companies and even some landowners won’t clean up their messes without an incentive to do so.

Economists call these messes “externalities” because they dump an internal responsibility on the external world, and governments are created in part to deal with them – mostly through “command-and-control” regulation, but also through systems that let polluters either fix their messes or create something as good or better than what they destroy.

These are usually created by green entrepreneurs who identify marginal land and restore it to a stable state that performs ecosystem services like flood control or water purification. They make money by selling credits to entities – personal, public, or private – that need to offset their environmental impacts on species, wetlands or streams.

Government agencies are big buyers of credits, often to offset damage caused by infrastructure projects, but the link between infrastructure and restoration goes even deeper than that. In Philadelphia, for example, restoration workers are using water fees to restore degraded forests and fields as part of a plan to better manage storm runoff. In California, meadows and streams that control floods are legally treated as green infrastructure, to be funded from that pot of money. “Green infrastructure”, it turns out, is prettier than concrete and lasts longer to boot.

Trump wants to “expedite” infrastructure roll-outs, and he can do so without weakening environmental provisions by removing unnecessary delays in the permitting process (see point 11, below).

Nature is complex, and rigid regulations often fail to address that complexity, as environmental economist Todd BenDor makes clear when he points to regulations requiring the placement of silt fences in new subdivisions along waterways.

Even proponents of the system concede, however, that the permitting process is slow and tedious.

While the FWS administers credits for mitigation of endangered species, the Army Corps of Engineers approves mitigation credits for streams and wetlands, and they’re notoriously underfunded. This leads to long and costly delays, according to unpublished research that BenDor conducted with Daniel Spethmann of Working Lands Investment Partners and David Urban of Ecosystem Investment Partners.

Delays are so costly, they argue, that companies in the restoration sector might be better off paying 50-fold higher permitting prices that would give the agencies the staff needed to properly process permits, akin to expedited building permits, rather than paying banks the interest on loans for land where environmental improvements are being held up.

One thought on “Environmental Rollback Could Kill 220,000 Jobs And Eradicate Dozens of Species”