Chile’s withdrawal from hosting this year’s climate talks echoes the 2016 talks, or “COP 23,” which were moved to the former German capital of Bonn after the host country, Fiji, was unable to physically host the event. That substitution required more than a year of planning, but many in Germany believe the country can and should host again. 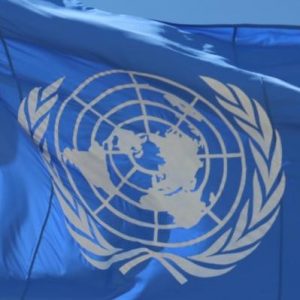 German media are focusing on the former German capital of Bonn as the location best equipped to step up as a replacement, while Piñera himself is advocating for Madrid, and the Spanish government has formally offered to host the event there on the same days it was planned for Chile: December 2 through 13, with Chile still acting as chair.

This is to the 25th Conferences of the Parties (COPs) to the United Nations Framework Convention on Climate Change (UNFCCC) and more small technical meetings. Dubbed COP 25, it was initially slated for Brazil, which pulled out after the election of Jair Bolsonaro as President. Chile stepped up late last year and was scheduled to host from 2 to 13 December, but backed out in the wake of increasingly violent protests sweeping the country. The UNFCCC has not commented on either possibility.

The cancellation echoes an earlier event in 2015, when the island nation of Fiji was forced to back out of hosting the 2017 meeting, COP 23. In that case, Bonn served as the location, while Fiji still presided over the event. The swap, however, was executed over more than a year, and not cobbled together in a matter of weeks.

The UNFCCC is headquartered in Bonn, and it regularly hosts annual technical meetings in the former Bundestag building, which is now the United Nations Campus. The COPs, however, are massive undertakings that require the construction of giant tented facilities housing supplemental meeting rooms for side events and other gatherings that feed into the main plenary. If the talks are to be held on days even close to those originally planned, they would have to be scaled back or hosted in an area that can accommodate them.

German Environment Minister Jochen Flasbarth inadvertently fueled speculation over Bonn when he tweeted that he had been in touch with the government of Poland, which hosted last year’s meeting. After several proponents began pushing for Bonn to host the event, however, Flasbarth pushed back, also by tweet.

“It’s not just about professionalism and commitment,” he answered. “It also has to be logistically feasible. This is the problem for many potential locations – including Bonn. And besides, it is not necessarily desirable to do it more and more frequently in the global north.”