In 2016, proponents of mainstreaming biodiversity pushed for further integration during international talks and elsewhere while new research found serious declines in global biodiversity. But user-friendly maps, also published this year, revealed that markets dealing in wetlands and endangered animals are growing and have been growing for some time signaling their potential to help reverse the dismal trends on wildlife loss. 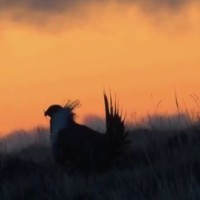 27 December 2016 | In late 2015, the administration of US President Barack Obama issued a presidential memorandum pledging to streamline biodiversity protection policy and ratchet-up private investment in conservation and wildlife. The move, as expected, has had a significant spillover effect into 2016.

In March of this year, for instance, 11 organizations – some public, though mostly private – committed over $2 billion to water, wildlife and land investments. It’s a commitment that the White House quickly labeled one of the biggest non-federal investments in conservation ever.

“Policy consistency and clarity across the board really ratchets up the opportunity for large-scale private investment in conservation,” George Kelly, who is Chief Markets Officer of Resource Environmental Solutions (RES), a Texas-based restoration company and one of the 11 entities pledging millions towards conservation activities, said in March.

Kelly noted, however, that policies are subject to change with new political administrations, and the election of Donald Trump as the country’s next president has added another layer of policy uncertainty to biodiversity-type investments.

Though Trump’s impact on biodiversity policy in the United States and abroad isn’t yet clear, analysts and experts moved quickly to educate the incoming administration on the benefits of biodiversity protection when utilizing the marketplace. Trump’s effect will come more into focus in 2017 whereas activities occurring in the US in 2016 were heavily influenced by the Obama administration’s biodiversity-friendly policies.

The 2015 memo seeks to streamline policy that involves managing adverse impacts to biodiversity, known as mitigation, largely by adhering to the mitigation hierarchy and adopting landscape-level planning efforts across all land managing departments. Landscape scale is a complex concept and means more than increasing total species habitat. In January, an ecological economist considered how Obama’s memo may alter species markets in more ways than one.

The presidential memo intends to alter agencies’ rules and guidance on mitigation, and in 2016, some agencies updated policies or launched new initiatives to align with the memo’s provisions.

Early in the year, the Department of Interior took steps to advance its Natural Resource Investment Center, which focuses on enhancing investment in wetland, water and species conservation along with infrastructure upgrades.

Slightly outside the presidential memo’s reach, this year the Department of Agriculture (USDA) announced a new wetland banking program to help cash-strapped farmers and ranchers remain in compliance with Farm Bill provisions. The program, which launched in January and collected proposals until March,  is only open to producers and essentially aims to create a mitigation market comprised of less rigorous wetland credits farmers can purchase.

In March, the Fish and Wildlife Service (FWS) released draft revisions to its agency-wide mitigation policy, the first proposed revisions to this policy since 1981.

“The policies are so different, they’re black and white,” said Wayne White, President of the National Mitigation Banking Association, when comparing the revised version to its 1981 counterpart.

Big revisions include inclusion of the Endangered Species Act, which was excluded from the earlier version primarily over differences in the definition of mitigation. The new policy also embraced net conservation gain for biodiversity and states a preference for advanced mitigation mechanisms such as conservation banking or habitat exchanges.

The Service released a final version in November.

These policy changes happening in 2016 are expected to unleash private sector finance into conservation and boost biodiversity markets. During the fall, Ecosystem Marketplace unveiled new mapping data that revealed biodiversity markets along with other markets dealing in ecological commodities have already been growing swiftly in the last 10 years.

In December, Ecosystem Marketplace released An Atlas of Ecosystem Markets in the United States, which showcases market trends based on the mapping data, to go along with the maps.

The Atlas and maps can serve as a decision-making tool for policymakers and other actors, its creators say.

These maps weren’t the only source of new data on species and wetlands markets in 2016. New research from California-based company Eco-Assets Solutions & Innovations found the sale price tripled for a property in San Benito County, California once it considered eco-asset market values. The case study revealed that assessing property for the endangered species it saves or wetlands it preserves could pay off for some landowners.

At a worldly view, new research revealed troubling trends for biodiversity. WWF published a new Living Planet report in October finding that fish, birds, mammals, amphibians and reptiles declined by 58% between 1970 and 2012. This year’s World Economic Forum’s Global Risks report ranked biodiversity loss and ecosystem collapse among the top 10 risks to potentially impact business. And in a report published during this year’s UN biodiversity talks, Conservation International, The Nature Conservancy, The Royal Society for the Protection of Birds and Birdlife International found the world is not on course to meet the Aichi Biodiversity Targets unless countries significantly increase their ambition.

While biodiversity offsetting is a potential tool to help stem the loss of wildlife, some countries remain unsure. In the United Kingdom, inconclusive results, released in March, from a study researching offsetting means practitioners there remain uncertain if the country will utilize the mechanism.

Later in the year, England’s Department for Environment, Food and Rural Affairs released an assessment it had commissioned Forest Trends (Ecosystem Marketplace’s publisher) to do. Forest Trends analysts assessed existing offset programs in Australia and the US finding such programs can indeed provide developers of infrastructure projects with a more streamlined and certain process for adhering to biodiversity rules.

“Effective third party offsetting similar to programs in Australia and the US can help England’s dwindling biodiversity,” said Guy Duke, a biodiversity consultant working on the assessment.

The biodiversity camp closed out 2016 with the semi-annual UN biodiversity talks. This year the Mexican government hosted the world in Cancun and aimed at pushing the mainstreaming movement even further to the fore.

Participants at the conference consider this year’s talks, which also include mid-year discussions in Montreal, all about implementation and action. And mainstreaming, which, just as it sounds, means mainstreaming biodiversity into all sectors of society, has long been a part of achieving global targets.

This year’s conference was somewhat different because the space was successful in integrating biodiversity into both the Paris Climate Agreement and the Sustainable Development Goals in 2015.

“Last year, we saw the adoption of both the SDGs (Sustainable Development Goals) and the Paris Agreement, which is great because it indicates political momentum and political will to do more in the environmental policy arena. But it also makes it necessary to ensure that biodiversity concerns and ecosystem concerns are integrated into those agendas,” said Rowan Braybrook, the Senior Manager for Sustainable Development Policy at Conservation International.

Braybrook and others note the success of the last few years on mainstreaming biodiversity but also say the movement has a long way to go.

We can expect to hear much more on mainstreaming and other biodiversity policies and initiatives in the coming year.