Indonesian President Joko Widodo today cut short his US visit because his country’s forests are burning after decades of degradation driven by our own insatiable appetite for palm oil, soy and beef. It’s a mess we can fix with just a 1% increase in the cost of our food products, says InfiniteEarth founder Todd Lemons, who argues that it’s time for a global environmental Super Fund. 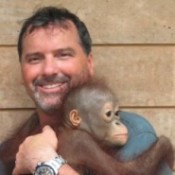 27 October 2015 | In another couple of weeks, there will be thousands of academics, diplomats, lobbyists and pundits converging on Paris for yet another United Nations Climate Summit – number 21. Unfortunately, they’ll be arguing about all the wrong things. They’ll be talking about Climate Change, the Environment, Sustainability and Inequality. They’ve been talking about these things since the first Climate Summit in 1994, and virtually nothing has come out of these meetings since.

Leading up to this summit, in what has infamously become known as the burning season, fires in Indonesia have engulfed the islands of Sumatra and Borneo. An area larger than the size of Tennessee or Portugal has been burning for the past two months. The smoke has virtually shut down Singapore and parts of Malaysia and Thailand, with pollution levels there exceeding eight times the accepted norm.

Indonesia is on fire intentionally. Most of the fires are set to clear bio-diverse, carbon rich forests for conversion to oil palm, for use in cookies, candies, cakes, crackers, ice cream, shampoo, soap, lotions and cosmetics.

Palm oil companies don’t clear forests for oil palm because they’re evil. They do so because it makes perfect economic sense to do so – because these rich stores of biodiversity and carbon are more valuable as oil palm plantations than they are as natural forests. That’s a sure sign that we have a broken economic model – one that undervalues non-renewable natural resources in favor of junk food and personal care products.

That is why environmentalists are never going to solve our environmental problems, because at its core, the root cause is a broken economic model.

I am the founder of an organization called InfiniteEARTH. We save rainforests. Specifically, we save carbon rich peat swamp forests on the island of Borneo in Indonesia, one of the most endangered ecosystems on the planet and home to the highest density of endangered orangutans left anywhere in the world. After 7 years of hard work, we won the right to protect and manage 162,000 acres of Indonesian rainforest, all of which was under imminent threat of slash and burn conversion to oil palm plantations.

I am many things. I’m an economist by education and an entrepreneur by necessity – since I am fatally allergic to the bureaucratic quagmire of politics, corporations or big NGOs. I am an adventurer, a naturalist and most importantly a father to Abbey and Aiden, ages 13 and 11.

But what I really am, if you peel back the labels, is an insatiable glutton, a financial fraud, an addict and a thief. My addiction is so severe that I steal from my children to fund my drug of choice: consumption. My addiction to consumption is fueled by cheap credit and I share this addiction with each and every one of you. It was the eventual realization of this long list of shortcomings, as a species and as a father that led me to create InfiniteEARTH.

You see, InfiniteEARTH wasn’t created to save a rainforest in Borneo per se, even though that is what we do. InfiniteEARTH’s Rimba Raya Biodiversity Reserve was meant to create a living, working example of how we can modify our outdated economic model, not put a band-aide on the environmental consequences. As such, we are pioneering a new for-profit conservation model.

At the risk of sounding dramatic, InfiniteEARTH was created to provide restitution for a crime.

Every person reading this has lived through a period of abundance and mass consumption unequaled in the course of human history. And yet, this abundance has spawned abject Poverty, Inequality, Climate Change and vast Environmental Degradation. This is the result of the broader reality that everything we consume is highly leveraged, with the real total cost of ownership being far greater than its current price reflects.

By paying only for the extraction costs of our non-renewable natural resources and not their full replacement costs, we are stealing from our children’s futures to subsidize the cost of the goods and services we consume today.

In a shameful frenzy to satisfy our insatiable appetite for mass consumerism, we are climbing up the backs of our children and short selling their futures. Our legacy and their inheritance is that we have left them environmentally bankrupt and financially enslaved.

So, are we inherently flawed as a species? Not really. We’re just slow at adapting.

Our current extractive economic model has existed since the dawn of humankind. We extract from nature’s bounty and we consume. Nature then replaces what we consume. And the cycle continues.

For some 10,000 years of human history, this model has worked. Nature’s incredible abundance and productivity always managed to out-produce what the world’s population consumed.

And then came the Industrial Revolution. That spurred an exponential increase in the standard of living and consumption levels and a dramatic rise in global population. Sometime in the early years of the nineteenth century, the world’s population reached 1 billion. By the early twentieth century it had swelled to over 3 billion and recently the world’s population eclipsed 7 billion people.

At some point in the mid twentieth century, our population and the growth in consumption rates began to outpace what man and nature could produce. At that point, we started running a budget deficit in terms of environmental capital. In other words, we started draining our environmental trust fund.

The agricultural revolution bought us some time and largely solved what would have otherwise been a food crisis – but at a tremendous cost to the environment. Today, the conversion of forests for industrial agriculture use is the single largest driver of deforestation and biodiversity loss, the single largest user of fresh water and arguably the most extensive contributor of toxic waste. And yet, we don’t talk much about that because that would require us to confront the uncomfortable issues of population control and restricted food production.

So, instead, we started borrowing environmental capital. Our entire economic model is now based on CREDIT – CHEAP, EASY CREDIT.

But access to this credit isn’t evenly distributed and so we have ever widening wealth disparities. As with all systems based on credit, it creates the illusion of abundance when in fact there is scarcity. It provokes us to consume more than we need. It causes us to waste and throw away while others live on the margins.

Just since the inception of InfiniteEARTH’s Rimba Raya project some eight years ago, the world has lost 257 million acres of tropical bio-diverse rainforest. This is an area more than 10 times the size of Tennessee or Portugal, slashed and burned and replaced with palm oil plantations for the production of packaged cakes, cookies, candy and crackers or cleared for cattle grazing for the production of fast food hamburgers.

For these frivolous things we have stolen from our children’s futures and for the first time in modern history we have condemned the next generation to a lower standard of living than our own.

As with everything else about our modern global economy, we’ve kicked the can down the road, leaving our children to pay for our unsustainable lifestyles. That has to stop – immediately.

But, I don’t have any illusions that it will. We are biologically programmed to consume– gluttonously – a genetic leftover from thousands of years of food scarcity prior to the agricultural revolution.

Our brains have not yet caught up to the reality that we do not have to gorge ourselves in fear of not knowing when the next meal is coming. Unfortunately, by the time our brain’s biology adapts to this new reality, we will have depleted the Earth’s resources and broad scarcity will be the norm once again.

No amount of social conditioning alone will overcome this biological predisposition quickly enough to save us from the veritable cliff we’re headed for.

Launching clever campaigns to convince people to reduce, recycle, reuse, and repurpose is terrific, but it alone won’t solve the problem when half the planet is just beginning to consume and the population is set to double in span of my children’s lifetime.

Tying ourselves to trees and standing in front of the bulldozers makes great news and calls attention to the problem, but does nothing to address the underlying causes. We need to be discussing the causal effect that our extractive economic model has on our unsustainable consumptive behavior.

One of the most efficient and immediate ways to begin correcting that, is to start paying for the total replacement costs of the natural resources used in the things we consume, not just for their extraction costs.

But, instead of addressing how we embed environmental replacements in the cost of everything we consume, environmentalists have only exacerbated the problem by focusing on corporations and giving the consumer a free pass. To be fair, that’s probably because we don’t donate to people who tell us we are part of the problem.

We conveniently carry out this endless debate inside a house of mirrors, where blame is deflected in a dozen different false directions. “Tax the rich” is the convenient solution so often proffered. I submit to you that no person, rich or poor, has the right to steal from their children. That is the most profound moral imperative of our time.

I’d like to start discussing how I can pay full price for the things I consume. It’s not difficult. Environmental Mitigation Credits exist in many forms. At InfiniteEARTH, we produce 4.5 million of them per year from our Rimba Raya project. That’s the equivalent of removing 1 million cars from the roads every year.

For an average 1% price premium, companies could be embedding environmental replacement costs into the price of their products. That’s a mere one cent price increase on a 99 cent candy bar.

If it seems hard to believe that an extra 1% could mitigate all of these externalities, then consider this:

But I can’t. Today, I’m still a liar and a thief. Today, I still steal from their piggybanks to pay for my cravings. And so do you. Today, things are not getting better. I hope that will change. But, for that to change, we have to change the narrative.

The question is, are we brave enough to look in the mirror, to look our children in the eyes and tell them the truth about our current path to abundance?

Todd Lemons is the Chairman of InfiniteEarth and also CEO of EnVision Corporation.