Countries such as Norway and the US are pledging their support to Indonesia’s new Peat Restoration Agency, part of the government’s efforts to repair the damage of last year’s fire and haze disaster, when wildfire tore through 2 million hectares of land. 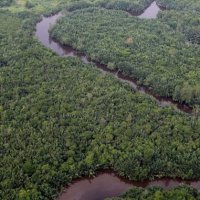 This article was first posted on Mongabay. Click here to read the original.

5 February 2016 | The government of Norway announced on Wednesday it would continue its environmental funding partnership with Indonesia, offering $50 million to support the archipelago’s newly created Peat Restoration Agency.

“This is a positive step in the ongoing partnership between Indonesia and Norway and signals the serious commitment by our president to address the devastating fires,” said Nazir Foead, the former WWF conservationist Jokowi appointed to head the agency.

Agribusinesses have for years drained Indonesia’s peatlands in order to plant oil palm and acacia because the cash crops are unable to grow in saturated soil. Once dried out, peat becomes highly combustible and fires can burn several meters underground, making them difficult to extinguish.

Analysts say Jokowi has demonstrated resolve to end practices that contribute to the fires, but that the president must ensure the agency is able to execute its mandate to restore peat by ensuring the legal framework is clear. Norway said it would continue to fund the work of the agency, but that it expects Jokowi to pass new regulations by June establishing the enhanced legal framework for peat protection. Jokowi has promised to ban peatland conversion, but the policy has yet to be enshrined in law.

Norway also expects the agency to have “implemented [a] comprehensive and transparent monitoring system on [the] status of peatland protection and restoration” by December.

“Norway congratulates Indonesia on its commitment to protect and restore all peatlands for its own national interest and the world,” said the country’s environment minister, Vidar Helgesen. “We are ready to embark on a results-based support as part of the letter of intent between our two countries.”

Indonesia’s new peat agency faces myriad challenges as it seeks to restore an ambitious 2 million hectares of peatland by 2020. Poor data and mapping pose difficulties identifying boundaries, while local corruption and legal challenges will likely present setbacks for the agency.

“[The agency] will only succeed if it gets support and commitment from other stakeholders, such as private companies, NGOs and the local government,” said Wetlands International ecologist Irwansyah Reza Lubis.

Separately the U.S. government said this week it would be issuing a $17 million grant for peatland restoration in Jambi province on the island of Sumatra.

Robert Blake, the U.S. ambassador to Indonesia, also pointed to a recently awarded USAID climate change grant, $47 million of which would be used toward forest conservation and land management, he said.

Correction: This story initially identified Nazir Foead’s affiliation as being Wetlands International instead of WWF.