Several donor groups have joined the environment ministers of Rwanda, Malawi, and Nigeria in a push to raise $2 billion for the restoration of African forests by the next COP. 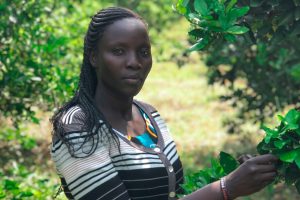 GLASGOW | 2 November 2021 | Africa has lost more than 700 million hectares of forest since the beginning of the colonial era, and several donor groups have joined African finance ministers in a push to raise $2 billion within the coming year for the restoration of 100 million hectares under the African Forest Landscape Restoration Initiative (AFR100).

AFR100 was launched by several African countries in 2015 with the goal of restoring 100 million hectares by 2030 in support of the Bonn Challenge, the New York Declaration on Forests, and the African Resilient Landscapes Initiative, each of which has differentiated but overlapping commitments to restore forests. The coalition has since grown to 31 countries pledging to restore 128 million hectares of degraded forest.

The short-term objective of raising $2 billion was initiated by the environment ministers of three countries – Jeanne d’Arc Mujawamariya of Rwanda, Nancy Tembo of Malawi, and Mohammad Abubakar of Nigeria – and is now backed by several donors, including the African Development Bank, the Government of Germany, the  Global Environment Facility, the Bezos Earth Fund, the Global EverGreening Alliance, and the Green Climate Fund.

The donors have jointly pledged to scale up investment in land restoration across Africa by 2026 through the TerraFund for AFR100. That initiative aims to finance African non-profit community organizations and for-profit businesses that are restoring trees to suitable African landscapes. They will provide funding of $50,000 to $500,000 in the form of grants and loans to each of these innovators.

After receiving more than 3,200 applications for funding across 31 African countries, the World Resources Institute (WRI), One Tree Planted and Realize Impact will provide 100 grants and loans of $50,000 USD to $500,000 USD to community-based non-profits and local businesses. The first cohort of 20 organizations that will receive capital from the TerraFund was announced yesterday.

The next Conference of the Parties (COP) to the UNFCCC will be held in Africa, probably Egypt.

The most recent report by the Intergovernmental Panel on Climate Change (IPCC) shows that several African regions like the Sahel will experience rising temperatures, exacerbating the vulnerabilities of people and nature. If desertification continues to advance unchecked, the decline in revenue from cereal crops alone could cost people in Africa $4.6 trillion through 2030.

An initial $2 billion investment in the work of NGOs, entrepreneurs and government-led projects could catalyze $15 billion of funding, according to the World Resources Institute (WRI). That larger sum could begin the restoration of a potential 20 million hectares by 2026 and bring an estimated $135 billion in benefits to 40 million people, according to WRI analysis.

“Local communities own and manage nearly 70 percent of Africa’s land,” said Wanjira Mathai, who oversees WRI’s activities in Africa. “That is why a future where rural Africa’s landscapes are fully restored is only possible if we believe in and fund the work of thousands of community groups and leaders, especially young people, women, and entrepreneurs.”

Despite plenty of attention for the Great Green Wall, no one really knows how much land the massive project has restored. Partners in AFR100 say they will independently monitor and report on each project with a combination of field verification techniques and satellite monitoring with support from the new Land & Carbon Lab initiative.

“AFR100 presents an opportunity for both the private and public sectors to demonstrate large-scale transformative action to restore degraded land,” said Charles Karangwa, Regional Head of Land Systems for Africa, International Union for Conservation of Nature (IUCN). “That action would not only mitigate climate change, but also help secure millions of livelihoods and agricultural supply chains. Diversified financing instruments are needed now if we are to achieve this grand ambition by 2030,”

Photo Courtesy of One Tree Planted