Natural climate solutions have gained traction around the world, but individual standards within the United States function with little in the way of government oversight or coordination. A new bill aims to fix that. 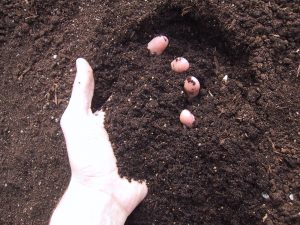 9 June 2020 | At first glance, carbon markets seem like a perfect vehicle for helping restore the world’s soils. After all, human agriculture has extracted about 112 billion tons of life-giving carbon out of the world’s soils, and that translates into a staggering 425 billion tons of carbon dioxide in the air – or more than ten years’ worth of emissions.

In the first decade of this century, the Chicago Climate Exchange (CCX) pioneered the use of carbon offsets to promote “climate smart agriculture,” which includes no-till farming and the use of cover crops, among US farmers.

The program made ecological sense, but it failed to attract buyers – in part because climate-smart agriculture often pays for itself by improving yields and reducing the cost of inputs, although it’s not always clear from the start that it will work. Because the practice often paid for itself or cost very little to implement, it was difficult for farmers to demonstrate “financial additionality,” meaning they weren’t able to demonstrate that the carbon money made the emission reductions happen. Without additionality, they weren’t able to generate offsets that companies trusted enough to buy in order to reduce their own carbon footprints

It’s a quandary, because farmers who shift to climate-smart agriculture clearly benefit the rest of us, and the shifts do require risk and effort. We as a society should pay for those benefits, especially given the challenges that family farmers face today.

In the intervening decade, carbon markets have been used to help farmers implement climate-smart agricultural practices in countries like Kenya, where education and outreach were needed, but no one has found a way to make it work in the United States.

In the past year, companies like Nori and Indigo Ag are have picked up the thread by proposing the creation of offsets without financial additionality, while the American Forest Foundation is spearheading an effort to aggregate carbon impacts from small farms.

Now a bipartisan bill aims to ask the United States Department of Agriculture (USDA) to forge cooperation among these disparate efforts and create a nationally-recognized body of protocols that can be used to funnel carbon finance into sustainable agriculture, whether through offsets or through performance-based payments.

The Growing Climate Solutions Act is co-sponsored by Republican Senators Mike Braun of Indiana and Lindsey Graham of South Carolina, and Democratic Senators Sheldon Whitehouse of Rhode Island and Debbie Stabenow of Michigan.

The bill is technically an amendment of the Food Security Act of 1985, and it calls for the establishment of a Greenhouse Gas Technical Assistance Provider and Third-Party Verifier Certification Program that will certify market participants who have a proven expertise in both carbon finance and agriculture and provide a web portal for farmers to engage the markets.

Photo by Mike Berg from FreeImages