Climate talks are continuing here in Marrakesh, with world leaders vowing to either reach out to the new US administration or continue without them. Investors, meanwhile say the business case for renewables and sustainable agriculture remains strong, but corporate leadership on climate remains elusive. 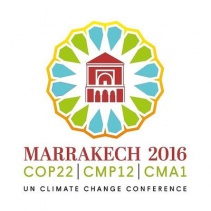 15 November 2016 | MARRAKESH | Morocco | Nearly one week after the election of Donald Trump as President of the United States, pension fund managers like Pete Grannis of New York state and Gerald Cartigny of Dutch fund manager MN said they have no plans to re-load their portfolios with high-carbon fossil fuels – because the numbers still don’t make sense.

“We are not an impact investor; we are not a social investor,” said Grannis, who is Deputy Comptroller for the state of New York and oversees pensions for more than one million employees. “We are a crass, long-term investor for a million people, and we have to make decisions, we have to be right, and we can’t take undue risks.”

Increasingly, he said, coal is seen as a risky investment – and that won’t change with a new US administration.

“We look at climate change as a serious risk to investment portfolio,” added Cartigny, who manages more than €90 billion in assets for two million people – roughly one-seventh of the Dutch pension sector.

“In the last five years, if you had put your money into US listed coal equities, you’d have lost well over 90% of that,” said Anthony Hobley, CEO of the Carbon Tracker Initiative, which contributed to coal’s decline by pointing out that most fossil fuels still in the ground were, essentially, stranded assets that were unlikely to be recovered in a green economy. “More than 30 US coal companies have gone into Chapter 11,” he added.

No one here disputes the dismal economics, or the fact that Trump simply cannot deliver on his promise to revive the coal sector. But several participants have called on the business sector to at least try and fill any leadership gaps that open in Washington, and on this prescription there is less consensus. Many are hoping that, as Trump becomes more acquainted with the economics of sustainable development, he’ll back off his more extreme environmental rhetoric, as he has on gay marriage and other issues.

“I think President-elect Trump is a pragmatist,” said Yvo de Boer, former General Secretary of the United Nations Framework Convention on Climate Change (UNFCCC), in an interview to appear on the Bionic Planet podcast later today.

John Pershing, the US Special Envoy for Climate Change, made a similar argument in his Monday briefing to reporters.

“In the US, utility-scale solar costs have fallen by almost 65% since 2008,” he said. “We’re installing [solar facilities] for economic reasons – not policies that favor one source over another, but economically-driven programs.”

He added, however, that he has had no contact yet from the Trump transition team.

Nevertheless the Founder and Managing Partner of Althelia Ecosphere Christian del Valle said forward-thinking corporates have an ally in state and municipal governments.

“Regional governments aren’t going to stop what they’re doing, certainly not in the West Coast or New England,” del Valle said, noting that even Texas, a traditionally red state, is involved in a massive renewable energy roll-out.

“It’s not because they woke-up and were suddenly tree-huggers. It’s because it made good business sense. States have enormous power in the grand scheme of things and maybe more continuity in policy than in Washington,” he added.

The weekend World Climate Summit was billed as an opportunity for business to “build on the global deal” that was struck in Paris, but with the US responsible for 18% of global greenhouse-gas emissions, it’s not really clear that the deal is global anymore. In the early sessions, no panelists mentioned Trump by name, but several referred to the new need for business to take the lead.

No one seems to dispute the need for better messaging and education, especially in light of the fact-free campaign that just won the White House and both houses of Congress, but neither does anyone seem clear on what, exactly, “corporate leadership” entails. Some companies, like Unilever, Nestlé, and Kellogg’s, have certainly taken a leadership role by reducing their greenhouse-gas emissions and promoting sustainable land-use practices, but they remain the exceptions that prove the rule.

Fill the Gap With Green(wash)?

“There is a very real risk that ‘optics’ will come to be even more dominant in this space than it has been,” said Mark Trexler, an environmental economist and longtime proponent of private-sector engagement who now runs the ClimateWeb initiative, aimed at curating climate knowledge.

Analysis by both Ecosystem Marketplace and the Forest Trends Supply Change project at least partially bears that out. A survey of carbon offset buyers, for example, showed that an internal price on carbon does seem to impact decision-making, but analysis of corporate pledges to reduce deforestation compiled by the Forest Trends Supply Change project shows a more complex picture.

Specifically, companies that report progress on their pledges are showing dramatic progress, with pledges being 72% of the way to their goal, on average. Unfortunately, companies are reporting progress on less than half of their pledges, begging the questions: Do companies only disclose progress when it is good news? How can companies be held accountable for these commitments? And, since the progress information is almost always self-reported, can the numbers be trusted?

If we don’t act soon, he warns, we could hit a climate response tipping point: “where all of the nibbling around the edges of public and corporate actions gives way to science-based policy that truly upends the climate chessboard.”

We will be featuring extended interviews with many of the people cited here in a new edition of the Bionic Planet podcast, entitled “Climate Change in the Trumpocalypse / Part 2”, to be posted later this week.
Bionic Planet is available on iTunes, TuneIn, Stitcher, and here:

Steve Zwick is Ecosystem Marketplace’s Managing Editor. He can be reached at szwick@ecosystemmarketplace.com.