Indonesia and the European Union jointly announced last week that Indonesia will become the first country in the world to export “verified legal” timber to the EU through a licensing system that certifies legal wood. The program is designed to improve the efficiency of trade in legal timber while still ensuring the paper and furniture products coming into the EU are indeed lawful. 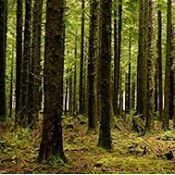 20 September 2016 | Indonesia’s tropical forests are vulnerable to such threats as unsustainable and illegal deforestation from palm oil, timber and other commodities, and the European Union has long created rigid barriers in order to stem the flow of illegally-harvested wood from entering the 28-member bloc.  But after nearly a decade of working together, Indonesia and the EU created a wood legality system they’re both pleased with, and now Indonesia will become the first country to export wood products licensed under the EU’s Forest Law Enforcement, Governance and Trade (FLEGT) Action Plan. Licensing will start November 15.

The announcement marks a significant milestone both for Indonesia and FLEGT.

“We have met the high standards of EU certification,” Putera Parthama, CEO of Sustainable Forest Management in Indonesia’s Ministry of Environment and Forests and co-chair of the Joint Implementation Committee (JIC), said in a statement. The JIC is the body responsible for implementing the agreement between FLEGT and Indonesia.

The European Union is one of the world’s largest consumers of timber products. The bilateral timber trade between Indonesia and the EU alone is worth roughly USD 1 billion. To stem the tide of illegally sourced wood entering the EU market, the EU developed the FLEGT Action in 2003 to lay out actions that could be taken at the European level, and by individual member states. It also intends to improve forest governance, stem corruption and benefit livelihoods among other things.

Though dubbed an “action plan”, FLEGT is more of a broad-based framework aimed at implementing policies to stem both the supply and demand of illegal wood. On the demand side, the policy outlines several options, one of which is making a legal obligation for responsible sourcing by private companies (the EU Timber Regulation (EUTR), which came into effect in 2013 and prohibits groups from placing illegal wood in the EU market). Another is by encouraging requirements for legality and sustainability standards in public procurement policies that relate to forest products.

The Action Plan also laid out the framework for FLEGT Voluntary Partnership Agreements (VPA), bilateral trade agreements between timber-exporting countries and the EU to promote the trade in legal wood products. Including Indonesia, the EU has 15 of these partnerships with forested countries in various stages of development. Together they represent 80% of the tropical timber that enters the EU.

VPAs contain several elements, the first of which is establishing a legality assurance system that identifies, monitors and licenses legally produced timber. In the later stages of the VPA agreement, countries create a national licensing authority that issues FLEGT licenses.

The European Commission (EC), which administers FLEGT, began negotiations with Indonesia in 2007 though the country already had a national timber legality assurance system called SVLK (Sistem Verifikasi Legalitas Kayu) in the works. The SVLK passed into law in 2009 and now meets EU requirements. In 2002, just 20% of Indonesia’s timber exports were considered legal, according to the EC, and now Indonesia has developed a system to ensure that all its wood products that are imported, exported, transported or processed comply with national laws.

After negotiations began in 2007, Indonesia signed a VPA in 2013. Under the VPA, Indonesia agreed to export only verified legal timber products, which will be accompanied by FLEGT licenses if exported to the EU. And this past spring, the European Commission announced Indonesia was in the final stages of fulfilling its VPA requirements, which implied it would soon be issuing FLEGT-licensed wood.

Some analysts are focused on the impact the licensing system will have on the demand for legally sourced wood products and, in turn, how that might lead to an increase in the demand for timber that is sustainably certified.

What a FLEGT License does

According to an EU statement, the FLEGT license will not only improve governance but also benefit timber merchants. FLEGT-licensed products automatically fulfill the requirements of the EU Timber Regulation. This essentially means that wood sellers can put FLEGT-licensed timber in the EU market without conducting lengthy due diligence processes.

“The decision to start issuing FLEGT licenses is a historic achievement in a partnership that unites businesses and consumers in the EU with legal traders in Indonesia,” Vincent Guérend, EU ambassador to Indonesia and co-chair of the JIC, said in a statement. He went on to say the licensing system should help ensure fairness for all forest stakeholders.

“The licensing is the result of increased transparency, better accountability and participation of stakeholders in decisions concerning forests. Currently, all Indonesian timber exports come from factories and forests independently audited,” he added.

The EU and Indonesian government along with civil society and independent monitors will continue to screen legality in the wood trade ensuring the system remains a multi-stakeholder process that includes data collection and independent forest monitoring. The EU will be involved in these activities and a continuing part of the wider implementation of the VPA until the end of 2017, according to a statement.

Kerstin Canby, the Director of Forest Trends’ Forest Policy, Trade and Finance program, says while Indonesia’s system to ensure legality is 200% better than it was, it’s still vulnerable to illegal activities. For instance, Indonesia’s infamous haze, which seems to be making a comeback, is largely caused by illegal fires that clear land areas slated for palm or pulp plantations. If companies fail to address these fires, they may be in violation of the law, thus the timber harvested there could be illegal. But the VPA doesn’t mention how companies should address timber harvested from land that was illegally cleared using fires.

“Even if the company doesn’t start the fire itself, it has a legal responsibility to ensure that they do not allow fire on their plantations,” says Arthur Blundell, a consultant to the Forest Policy, Trade and Finance program.

Christopher Barr, the Executive Director of Woods & Wayside International, a nonprofit focused on forest governance in Indonesia, Brazil and the United States, is concerned that the system concentrates too much on the administrative side. Calling this focus on administration a critical weakness, Barr said it falls short in the area of field checks, including surprise inspections, to ensure logs are harvested from fully legal areas.

Despite existing exposures to illegal logging, Canby applauds the government of Indonesia for its hard work and efforts. Additionally, Canby says she hopes other countries such as China recognize this standard of legally sourced wood products. Though China doesn’t have regulation in place that combats illegal logging, recent Forest Trends data shows that China was significantly affected by corrective actions and sanctions the US, EU and Australia took to prevent illegal timber imports.

Indonesia’s success in securing FLEGT certification gives the action plan a boost as critics complained it was moving too slow or simply ineffective in curbing illegalities in the timber trade.

“FLEGT is at the forefront of the fight against illegal logging,” Neven Mimica, the EU Commissioner for International Development, wrote in a blog post last spring. “Of course, there is much more work to be done, but as the evaluation and experiences on the ground show, FLEGT is on the right track.”

According to a FLEGT statement, EU authorities and timber importers in the EU bloc of states are preparing to receive the world’s first shipments of FLEGT-licensed timber.