Indonesia can now measure the carbon flowing into and out of its forests with 95% accuracy, but it’s the peat fires that make it one of the world’s largest emitters of greenhouse-gas emissions, and peat is proving more difficult to measure. The Ministry of Environment and Forestry aims to deepen its accounting for peat and expand to cover farms. 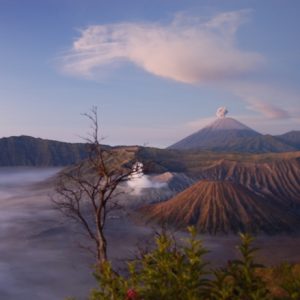 9 March 2016 | The Tropical Forest Alliance is holding its general assembly in Jakarta this week, and it’s hard to imagine a more appropriate setting.

After all, Indonesia recently surpassed Brazil as the deforestation capital of the world, and the country consistently ranks among the world’s five largest emitters of greenhouse-gases – mostly because palm-oil manufacturers in the “land of a thousand islands” have been chopping the archipelago’s peat forests to make way for plantations.

That’s especially bad for the climate, because drained peat exposes centuries’ worth of half-decayed plants, releasing two greenhouse gasses: carbon dioxide and methane. It’s a double-whammy that contributes several times as much to the greenhouse effect as does normal deforestation, and it’s also harder to calculate than are emissions from most deforestation – yet such calculations are critical if Indonesia is to manage its climate-change impacts.

Towards that end, the country is building the Indonesian National Carbon Accounting System (INCAS), which aims to track the “carbon flux” across all land-use types – forests, farms, and fields – with 95% accuracy by 2018. That’s the level needed to receive payments for emission reductions that are rigorous enough to be transferred as carbon credits*.

INCAS wrapped up the first of four development phases late last year, and it’s now able to deliver that 95% accuracy when measuring carbon flows into and out of the country’s forests. But peatlands are the stickiest problem, and INCAS can’t yet offer top-tier accuracy for those.

The reasons are myriad: for one, peat bogs vary widely in depth and dampness, which effect emissions, but man’s impacts are also difficult to track there for historical reasons. The country’s governance system has roots in diverse traditional societies that are spread over hundreds of islands, and it evolved as the country transitioned through colonial, dictatorial, and – finally – democratic rule. The central government has surprisingly little authority, especially when it comes to land-use issues, and often has to negotiate with local regents to prevent exploitative practices, while competing agencies often have jurisdiction over the same piece of land.

The Ministry of Environment and Forestry (MoEF) is currently working with other agencies to deepen its accounting of peatlands and expand into farms and fields, with the system fully-functional by 2018, but it faces obstacles that are scientific, societal, and structural.

A Long and Winding Road

The country aimed to fund its efforts through carbon finance initiatives that slow climate change by saving endangered forests and Reducing Emissions from Deforestation and Degradation (REDD), coupled with programs that promote sustainable forest management and climate-smart agriculture (REDD+). To jump-start those efforts, Norway pledged $200 million to build a “REDD+ regime” that included a stand-alone REDD+ Agency that reported directly to the president, with $800 million more following when verified emission-reductions.

Those verified emission-reductions, however, haven’t yet materialized, and the REDD+ Agency became a casualty of the 2014 presidential election. The new president, Joko “Jokowi” Widodo, merged the previously competing ministries of environment and forestry  into one entity, the MoEF, in which the Directorate General of Climate Change (DG CC) now resides.

Late last year, DG CC surprised the world by shifting its emission-reduction strategy from forest emissions to industrial emissions, with forest management now categorized as an adaptation (as opposed to mitigation) strategy. The new climate action plan described REDD+ as a primarily domestic mechanism that would funnel income from a growing industrial base to sustainable land-use strategies, while leaving a door open to international funding for REDD+ as well.

Then, with fires raging on the eve of the Paris climate summit, the country signaled a revival of forest protection as part of its mitigation (as opposed to adaptation) strategy, and last month, the Norwegians pledged $50 million to support peatland restoration.

Degrees of Certainty and Uncertainty

The MoEF picked up where the REDD+ Agency left off, working with the Australian government and the Center for International Forestry Research (CIFOR) to scale the province of Central Kalimantan’s REDD+ pilot program up into what is now INCAS.

The ultimate goal is to provide “Tier 3” accounting of carbon flows due to changes in land-use across the entire landscape.

Tier 3 is the highest level of accounting recognized by the IPCC, and it offers estimates that are 95% certain but it requires the taking of thousands of random measurements of tree-circumference and peat depth across the landscape – literally dropping teams of technicians into remote areas with measuring tapes and depth-sticks – coupled with exhaustive documentation of changes in land-use, as forests are converted to fields and fields are converted to forests.

Tier 1 accounting, by contrast, is built on average carbon content by land-use type, while Tier 2 is built on national or regional averages. These lower tiers are far less accurate than Tier 3, especially when it comes to peat, which varies by depth.

The challenge is compounded when it comes to identifying changes in land-use, especially in an archipelago like Indonesia, with its legacy land-use regimes.

“Data about peat and peatland management is maintained by numerous national and subnational agencies, research organizations and private companies,” says INCAS Technical Team Leader Haruni Krisnawati. “It is anticipated that greater collaboration between these organizations could yield substantial improvements in input data, and potentially the development of Indonesia-specific peat models that would improve GHG emissions estimates for Indonesian peatlands.”

It’s a challenge that the REDD+ Agency also struggled with before being dissolved.

For now, says Krisnawati, the peat estimates for Indonesia generated using a combination of Tier 3, 2 and 1 methods and data – averaging out to Tier 2, but progressing to Tier 3 as the project progresses.

“The INCAS is designed to use higher level methods when suitable data and models become available and scientifically tested,” she says.

INCAS is just now embarking on the second phase of a four-phased development program that generated the system’s first national level data results last year.  In addition to deepening its accounting for peat, Phase Two is an expansion period to incorporate emissions and removals from the agriculture sector. It also involves bringing in more agency partners and ramping up technical training.

The INCAS Roadmap, a guide developed by the MoEF to map out the system’s long-term evolution, offers an ambitious timeline for completing Phase Four in 2018. At that point, the system will produce complete emissions accounts for Indonesia’s entire Agriculture, Forestry and Other Land Use (AFOLU) sector but will remain flexible to adapt to improved methods as they develop.

INCAS aims to streamline and simplify the Measurement, Reporting, and Verification (MRV) requirements needed to develop REDD initiatives – either at the project level or the jurisdictional level. The roadmap describes one national platform that all REDD+ stakeholders can use, which it says will drastically reduce the need for provinces, districts and other REDD+ proponents to develop and maintain their own GHG accounting systems which will reduce monitoring and transaction costs, timeframes and ensure consistency which should ultimately lead to an increased uptake of REDD+ activities in Indonesia.

Kriswanati says the platform uses an event-driven system that measures both the impact of an activity and the impact of its avoidance, which allows for alternative project scenarios and management practices.

And the INCAS will eventually increase its use of local knowledge and data and generate emissions reports for subnational jurisdictions, including the REDD level project, Kriswanati says. This will both better inform the national account and, ensure that subnational accounting is on par with national standards.

There is also potential for the INCAS to create a digital interface for REDD projects that links to the INCAS. Developers of registered REDD projects and jurisdictional programs could log on and gain access to national datasets, methodologies and tools and generate their own subnational GHG inventories and projections.

This, however, is a Phase-Three feature, and an aspirational one at that, says Krisnawati, who points out that several nuts-and-bolts issues must first be resolved – such as whether a web-based GIS-system for INCAS spatial data is even feasible.

“Unless the processes and systems are truly owned by the government of each country, we will never be able to pull together good information for the world on forests or emissions,” he says.

The roadmap stresses the importance of knowledge and expertise-sharing among different land agencies, and the importance of transitioning INCAS from a research and development status into an operational government system, which will open the door to human and financial resources.

The INCAS will need to tap into a new source of funding as it’s currently – and temporarily – financed largely by the Australian government. As a government system, it would have access to more finance allocations.

But in order for the INCAS to increase its financial capacity and expand its team, the MoEF must endorse the INCAS legally. The ministry did endorse the system last year, but that essentially initiated the administrative process to officially implement the endorsement. Such processes take time, however, and often depend on available resources.

* CLARIFICATION: This sentence was altered after publication to differentiate between readiness payments, payments for performance, and payments that result in emission reductions that can be transferred as carbon credits or offsets. Tier 3 accounting is not required for payments for performance, but it is required for market-based payments that result in a transfer of emission reductions. For a detailed explainer, see “Results-Based Finance: Breakthrough Or Backslide?”