Hundreds of companies have pledged to purge deforestation from their supply chains, but most are struggling to deliver in a world where millions of tiny suppliers provide their raw materials. Next week in Jakarta, the Tropical Forest Alliance’s first assembly meeting will address the issue. 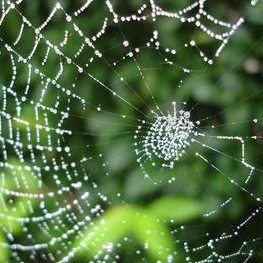 2 March 2016 | “Supply chains are vast, complicated intricate things with a lot of moving parts and players,” said Kevin Rabinovitch, the Global Director of Sustainability for candy and food giant Mars. “They are more like webs than chains.”

Rabinovitch was speaking at the December climate talks in Paris, but delegates to next week’s Tropical Forest Alliance (TFA) meeting in Jakarta, from March 10-13, will also be working to untangle those webs.

The TFA is a consortium of governments, companies and organizations with a shared interest in transitioning to zero-deforestation supply chains, and the General Assembly of the Tropical Forest Alliance 2020 is intended to spur an exchange of knowledge and expertise over best practices and methods to achieve sustainable supply chains – which companies are committing to in the form of pledges to make sure they’re not destroying forests to access their raw materials.

Mars, for example, says that 100% of its palm oil, soy, beef, and paper will soon come exclusively from sources that can prove they’re sustainably sourced, and it’s implementing similar limits on its cacao, dairy, pork, and other products.

Towards that end, the company has announced a plan to restructure its supply chain, and it has joined several corporate sustainability initiatives like the Consumer Goods Forum (CGF) and the Roundtable on Sustainable Palm Oil (RSPO), according to Supply-Change.org, an initiative launched by Ecosystem Marketplace publisher Forest Trends to track the actions that companies are taking to keep their green pledges related to palm, soy, cattle, and timber & pulp.

Mars has emerged as an aggressive member of the RSPO, along with PepsiCo, General Mills, ConAgra , and others that pressured RSPO through the Ceres’ Investor Network on Climate Risk (INCR) to create more rigorous standards. Many of these same companies are active in WWF’s new Markets Institute, which aims to promote the spread of workable solutions to the supply-chain challenge.

Such cooperative initiatives offer assistance in untangling the supply chain web, as Rabinovitch puts it. The supply chain is complex largely because companies like Mars don’t grow their own sugar or cacao. They buy it from hundreds of thousands of producers around the world, most of whom are small-scale subsistence farmers in the developing world. At least 70% of tropical deforestation is from commercial agriculture according to the Forest Trends report “Consumer Goods and Deforestation”.

All of the companies in this article have pledged to reduce or eliminate deforestation from their supply chains, and all are listed on Supply-Change.org, but hundreds of companies have made promises, and few have yet reported results.

The platform tracks progress reported against promises made, but it doesn’t evaluate the promises themselves. Some companies may, therefore, report little progress against substantial commitments, while others may report massive progress against minimal objectives, and still others may have achieved results that they simply haven’t announced.

Nevertheless, Supply Change can function as a good barometer of corporate activity, and throughout the year Ecosystem Marketplace will be digging into the numbers to shine a light on the complexities of tackling deforestation on the ground. In the meantime, visit Supply-Change.org to see what actions Mars, PepsiCo, General Mills, ConAgra, APP, Carrefour, and Mondi have reported to-date.

Scores of companies made green pledges in the last two years via the New York Declaration on Forests (NYDF) and other initiatives to halt deforestation. Progress, however, has been slow, and only half of the companies that pledged to source certified soy have yet to integrate it into their supply chains, although 74% of the companies that committed to sustainable palm oil have done so, according to a report from the nonprofit climate research organization CDP.

The report, “Realizing Zero Deforestation”, also found that 70% of the 180 companies reporting have commitments in place to remove deforestation from their supply chains.

There isn’t a blueprint or model to follow and so all companies basically lack a clear understanding of how, exactly, to eliminate deforestation, says Aida Greenbury, the Director of Sustainability at Asia Pulp and Paper (APP), which committed to a zero net deforestation policy in 2013.

Rabinovitch agrees, and adds that there isn’t even a clear and common definition for success, which often leads to cumbersome discussions that tie up resources and time.

“Every minute we spend arguing and working out what success looks like and how we can measure it is a minute and a dollar not spent fixing the problem,” he says.

Other challenges are occurring closer to the ground-level. For instance, South African paper company Mondi, which so far has achieved 100% of its commitments tracked by Supply Change.org (you can find the company’s source reporting here), is struggling to find enough certified wood to meet a growing demand as 90% of forests aren’t certified.

CDP’s report tries to offer some clarity, in the form of a five-step “supply chain performance plan”.

The five steps outlined in CDP’s proposal are:

“If you really want to avoid deforestation, acting collectively and sharing a similar trajectory is the most important thing. It isn’t a matter of competition,” says Bertrand Swiderski, the Director of Sustainability at Carrefour, the French retail giant, which operates under a sustainability plan focused on biodiversity and includes commitments for deforestation-free timber products and palm oil.

“When we work on sustainability, we must join forces,” adds Greenbury. “We cannot create deforestation-free supply chains alone.”

Cooperation, she adds, is anathema in the hyper-competitive and fragmented paper industry, where it can even be seen as collusion.

Swiderski says it’s also important to celebrate cooperation when it succeeds and note every step, for that matter, that brings them closer to achieving their overall targets.

“We still have a lot of stairs to climb but we’ve reached the first step,” he says.

Kelli Barrett is a freelance writer and editorial assistant at Ecosystem Marketplace. She can be reached at [email protected] Edited by Steve Zwick.