If illegal deforestation for agriculture were a country, it would be the third largest emitter in the world after China and the US. 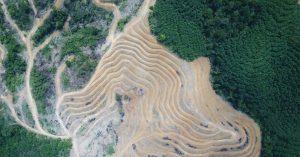 Tropical deforestation’s threat to climate security is well understood by now. It is also a major obstacle to biodiversity conservation, human rights, preventing the emergence of novel zoonotic diseases like COVID-19, and the Sustainable Development Goals. Forest Trends helped to put agriculture-driven deforestation on the map in 2014. Our new report, Illicit Harvest, Complicit Goods, expands the knowledge base further, by benchmarking the state of illegal deforestation for commercial agriculture around the world.

Forest Trends talks a lot about the distinction between legal and illegal deforestation. It’s not an academic point: illegal deforestation requires a different set of strategies to stop. It is also not a victimless crime. “Illegality” can mean a range of bad behaviors, from forest conversion that happens without appropriate permits; clearing protected species or on protected lands; paying bribes; not paying taxes or fees; illegal use of fi

re; right on through to land grabbing and human rights abuses of local forest communities. 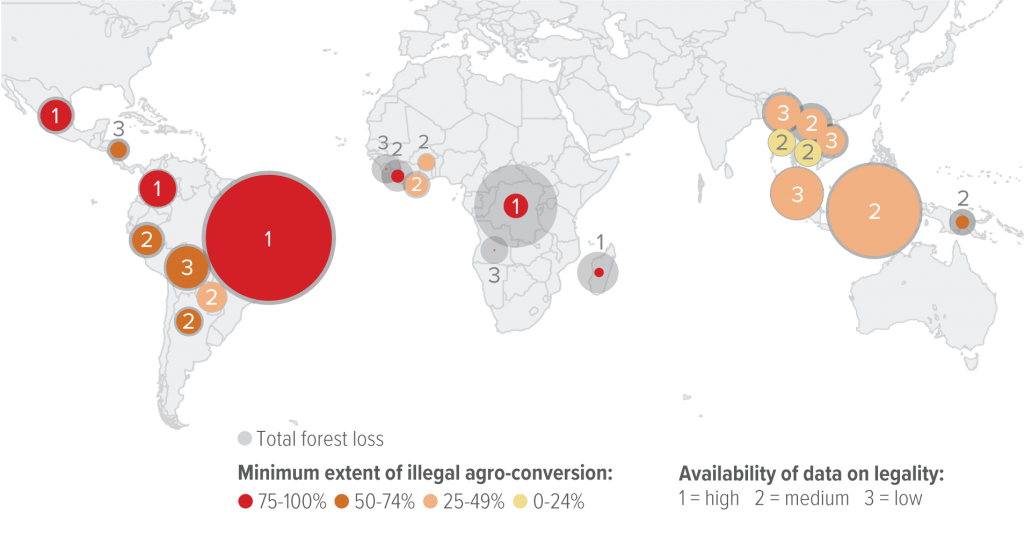 Our new study shows that not only is the majority of land clearing for products like beef, soy, palm oil, and cocoa illegal, but it is getting worse. These are not the results we wanted to see. But it is important data for governments and businesses committed to stopping deforestation.

Some key findings from the report:

Illegal land clearing for commercial agriculture is the largest component of tropical deforestation–and is getting worse.

At least 69% of tropical agro-conversion (the conversion of forests to pasture or cropland) was conducted in violation of national laws and regulations over the period 2013-2019. That’s at least 31.7 million hectares over the 7-year period (roughly the size of Norway), or at least 4.5 million hectares per year.

In Brazil, at least 95% of all deforestation was illegal. Indonesia’s Supreme Audit Agency found that more than 80% of palm oil operations were out of compliance with national laws and regulations.

The area of illegal agro-conversion has increased since we first looked at it seven years ago.

More forest land is being illegally cleared to make way for agricultural crops and pastures than ever before. Some numbers: the average annual loss of 4.5 Million hectares per year is an increase of 28% over the amount reported from 2000-2012 (3.5 Mha per year).

Emissions from illegal agro-conversion account for 42% of all emissions from tropical deforestation. The total is equivalent of more than 2.7 Gt CO2 per year between 2013-2019, a total of 19 Gt for the entire seven-year period (2013-2019). On an annual basis, that’s more than India’s emissions from fossil fuels in 2018.

Commercial agriculture–legal and illegal–is the leading cause of deforestation in the tropics. 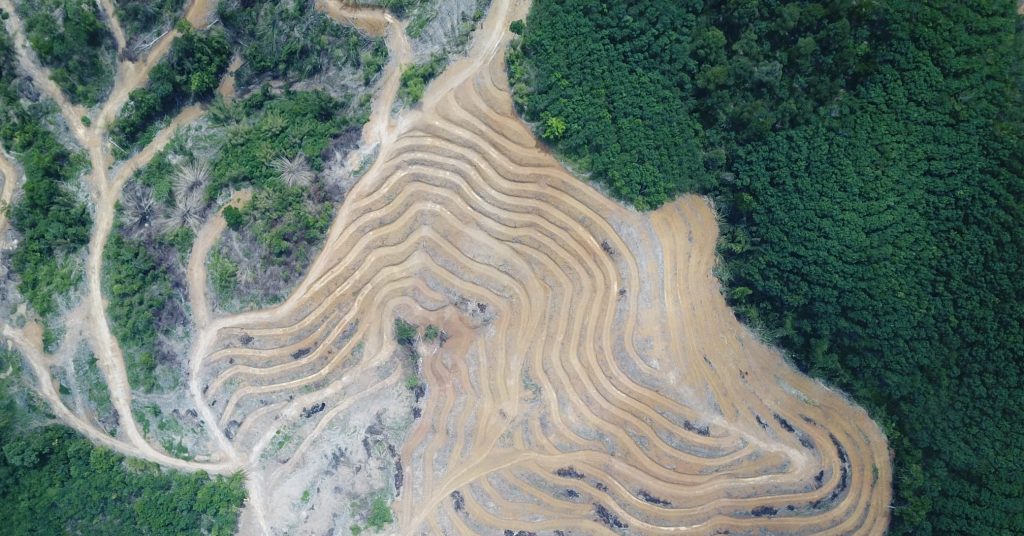 The expansion of commercial agricultural is the leading source of greenhouse gas emissions from land use change in the tropics. A surge of voluntary corporate commitments to protect forests have struggled to gain traction. The New York Declaration on Forests pledged to halve deforestation by 2030; deforestation has actually worsened since the agreement was made in 2014.

These global estimates of illegal agro-conversion are conservative–the truth on the ground is undoubtedly worse than this. A lack of transparency is at the heart of the problem.

Most countries do not report on the extent to which forests are being cleared illegally – consider our numbers the conservative end. The authors report strictly on estimates of well-documented illegality; actual illegal behavior is probably even more widespread.

Transparency matters. A lack of data enables governments and companies to claim plausible deniability of any complicity in illegal forest clearing.

Too much of the world’s agricultural production and trade carries a high risk of including illicit harvests, leaving companies and their customers trafficking in complicit goods.

In 2019, exports of at least US$55 billion were linked to agro-conversion across ten commodities – mostly those grown in Latin America and Asia. This exposes agribusiness supply chains to risk of association with land grabs and human rights abuses. It makes consumers complicit  in tropical forest loss and trafficking in illegal products, whether they know it or not.

But we also found evidence that this problem is solvable.

Indonesia has successfully reduced its deforestation every year since a peak in 2016. Brazil was successful in drastically reducing deforestation up until 2012 – and in doing so contributed more to addressing climate change through a reduction in related emissions than any other single country. We see leadership on this issue from many companies, and are encouraged by the focus on deforestation communicated by the UK, the COP-26 host, as a central issue for this year’s climate talks.

The UK, US, and EU governments are all currently crafting trade regulations that would keep illegally produced goods from entering their markets.

“I think most U.S. consumers would strongly agree that it’s immoral, outdated, and preposterous that products sold on supermarket shelves can be traced back to illegally deforested land,” said US Representative Earl Blumenauer in a news release. “This report offers more evidence as to why we need to crack down on illegal deforestation from commercial agriculture.”

Updates to the US Lacey Act in 2008 banned the trade in illegal timber. Those new regulations are working to stop illegal logging around the world. We can use similar tactics for other illegally produced commodities. 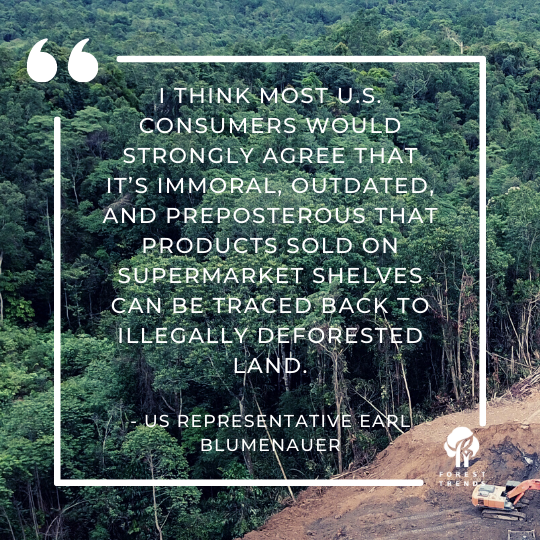 “Putting an end to unnecessary illegal deforestation for palm oil, soy, beef, and other products is the next logical extension towards ending these destructive practices that are hurting the world’s forests and the climate,” said Rep. Blumenauer.

In the coming weeks, we’ll publish new analysis showing a pathway forward, including specific recommendations for commodity producer countries, importing countries, investors, and civil society. Sign up here for updates on this work.