US President Donald Trump wants to launch an infrastructure building binge, and he even says he’ll “expedite” important projects by eliminating environmental checks. Without proper climate planning, however, the administration could find itself spending all of its available resources fixing broken, inundated or degraded public assets. 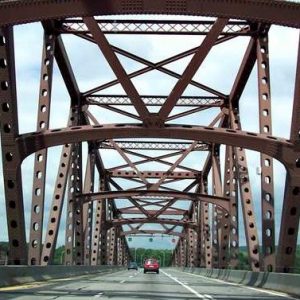 This story is cross-posted on P3-Planet

30 January 2016 | The latest in a string of bad news for the planet’s ecosystem is that 2016 is officially the hottest year on record, marking the third consecutive year of record breaking global temperatures.

Recent evidence also shows that levels of floating sea ice around the world are in a state of collapse, threatening coastal areas with a potentially catastrophic rise in sea water levels. By the middle of this month, total sea ice, as measured by satellite was at its lowest level since records began in 1978, and is likely now at its lowest level in thousands of years. 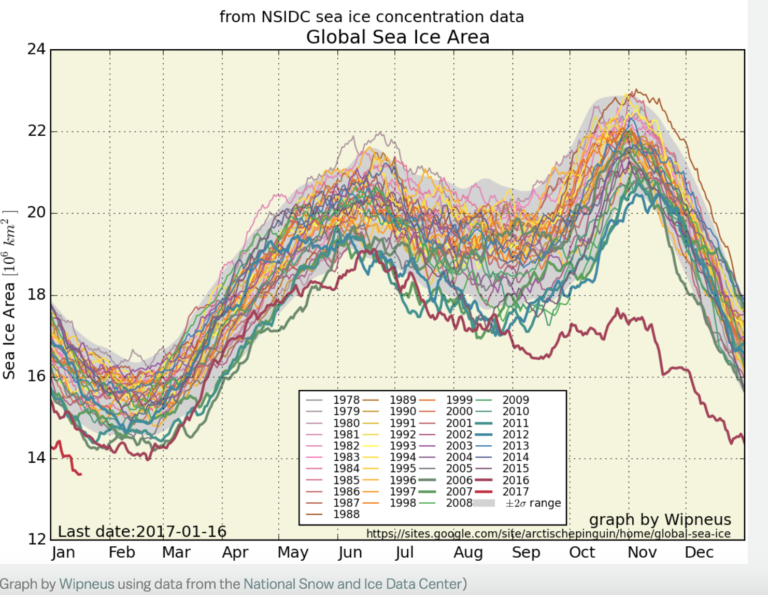 This pattern of melting has been most apparent in the Arctic, where in addition to the general rise in temperatures, dark deposits of man-made industrial particles on ice and snow formations are accelerating icemelt across the region by absorbing heat from sun where previously it was reflected by snow and ice. In the Southern hemisphere, a giant crack has appeared in the Larson C ice shelf in Antarctica, threatening to raise sea levels if it breaks off, not just by melting, but by allowing vast amounts of melting glacial water to run directly into the ocean.

Of course, no one can predict if, when or how future catastrophic weather events will bring destruction to US shores. Some scientists using climate change models for predicting weather patterns and changes in sea levels think climate change is already producing more intense cycles of droughts and floods, more powerful storms and more destructive hurricanes.

Few outside the Trump administration would question that the risks are high, or that they are growing both in cost and in their potential for causing human suffering. Among notable weather related disasters, recovery from Hurricane Katrina in 2007 was the most expensive in US history, costing an estimated $108 billion of damage, while Hurricane Sandy in 2012 was the second most destructive. In both events, urban areas were hard hit by high winds, flooding and storm surges.

It bears noting that 40% of the US population, or 125 million people, now live in counties along the coastal shoreline. The population density in these regions, which include some of the largest metropolitan areas of the country, is six times that of inland counties, and they continue to grow at a much faster pace than inland regions.

This mostly urban population is particularly vulnerable to the kinds of disruptions to infrastructure services that occur as a result of extreme weather events associated with climate change, most notably rising sea levels, storm surges, and heat waves. This is because many urban infrastructure services are interdependent and locally based. So any electrical grid failure due to flooding is also likely to pollute clean water supplies, disrupt emergency services and shut down transportation systems.

Mr. Trump has made redeveloping public infrastructure, notably America’s aging roads, bridges, airports and public water systems, a top priority for his administration. Specifically, the “Trump Private Sector Financing Plan” is designed to be a revenue-neutral privately funded option for financing up to $1 trillion of the nation’s infrastructure needs over 10 years.

A key incentive for early stage private sector infrastructure construction would come from federal tax credits. These would be equal to 82% of the amount of the estimated equity required to absorb long-term revenue-related risks on projects. Because the equity component of the required investment is tax credit-supported, it reduces the revenue needed to service the financing, thereby improving the project’s feasibility.

It is entirely possible that the Trump Administration will be forced by a budget-minded Congress to curtail its ambitious infrastructure plans in the first place. But what if funding for the incentives that are needed to make these projects viable for private investors instead goes to covering the cost of restoring essential infrastructure services in cities hit by weather-related disasters? It’s hard to imagine private investors then being willing to take on the risk of long-term infrastructure investments on their own. So the whole program becomes non-viable.

What should worry Americans even more is that Mr. Trump and his choice of like-minded climate change deniers for key cabinet posts pretty much guarantees that the country will be blindsided by any real world climate change scenarios that play out over the next four years.

Henry Teitelbaum is a financial reporter focused on private-public partnerships. Before launching the P3-Planet blog, he wrote for Institutional Investor and The Wall Street Journal, among others.