Passenger flights emitted greenhouse gasses equivalent to 900 million tons of carbon dioxide last year, but more and more airlines are using carbon offsets to reduce their impacts. Yesterday, EasyJet became the first airline to offset all emissions from its use of jet fuel in an effort to become carbon neutral. 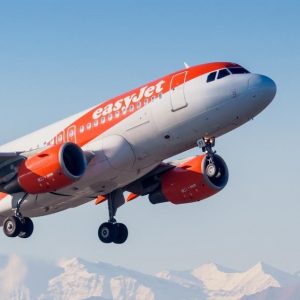 20 November 2019 | UK discount airline EasyJet says it has offset all emissions from its use of fossil fuels, effective yesterday – and it did so at a cost of just £25m for the next financial year by purchasing carbon offsets generated by saving endangered forest (REDD+) and planting trees (afforestation/reforestation).

The offsets come from 17 different projects through a three-year forward contract for less than $4 per tonne of CO2, and CEO Johan Lundgren said the airline was looking to develop its own projects after that.

The announcement not only highlights the low cost of reducing emissions, but one-ups rivals like British Airways and Air France – both of which have vowed to offset emissions from domestic flights next year. BA has also pledged to be carbon neutral across all flights, but not until 2050.

Lundgren emphasized that offsetting was not a permanent solution, but a stopgap measure that can deliver steep reductions now, with with the technology that already exists.

“We recognize that offsetting is only an interim measure,” he said. “Aviation will have to reinvent itself as quickly as it can.”

Towards that end, he added, the airline has signed a memorandum of understanding with Airbus to co-develop hybrid electric planes for short-haul European flights.

The move comes amid growing enthusiasm for both voluntary offsetting, which involves using carbon offsets to reduce emisisons beyond what can be done technologically, and Natural Climate Solutions (NCS), which reduce emissions by financing improved management of forests, farms, and natural ecosystems. Such strategies have been integral to voluntary carbon markets since their inception in 1989, but they have gained in popularity over the past two years, according to Ecosystem Marketplace’s latest “State of Voluntary Carbon Markets Report” which is due to be published at year-end climate talks in Madrid.

The move comes as airlines prepare for new rules that require airlines to cap emissions from international passenger flights at 2020 levels, beginning in 2021 – first on a voluntary basis that allows countries to opt in, and then on a mandatory basis from 2027 onwards. Under the International Civil Aviation Organization’s (ICAO) Carbon Offsetting and Reduction Scheme for International Aviation (CORSIA), airlines can meet their obligations by purchasing ICAO-recognized offsets, but it’s not yet clear what those offsets will be.

Emissions from all passenger flights topped the equivalent of 900 million metric tons of carbon dioxide in 2018.