Corporate commitments to eliminate deforestation from commodity supply chains really took off in 2014 with the New York Declaration of Forests. It had become increasingly clear that commercial agriculture – namely soy, palm oil, cattle, and timber – was behind the majority of deforestation. Today, anti-deforestation commodity commitments cover $96.8B in export value. In parallel, […] 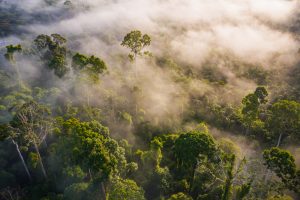 Corporate commitments to eliminate deforestation from commodity supply chains really took off in 2014 with the New York Declaration of Forests. It had become increasingly clear that commercial agriculture – namely soy, palm oil, cattle, and timber – was behind the majority of deforestation. Today, anti-deforestation commodity commitments cover $96.8B in export value.

In parallel, net zero emissions commitments by companies have also surged. Thousands of companies and financial institutions have pledged to halve emissions by 2030 and reach net zero by 2050.

These two sets of commitments evolved separately, and have tended to be managed separately, even by companies that have pledged to achieve both zero-deforestation supply chains and net zero emissions targets.

New guidance released today brings the two together, for aligned corporate action on deforestation and land use change emissions.

From a practical standpoint for companies, it makes a great deal of sense to link these two issues. The authoring organizations, the Accountability Framework initiative (AFi), the Science Based Targets initiative (SBTi), and the Greenhouse Gas Protocol (GHG Protocol), rightly point out that addressing deforestation and emissions related to land use change “both require companies to follow the same set of processes: i. setting goals and targets to eliminate land use change associated with their operations and supply chains; ii. measuring and accounting for that land use change at multiple scales; and iii. disclosing performance and progress.” 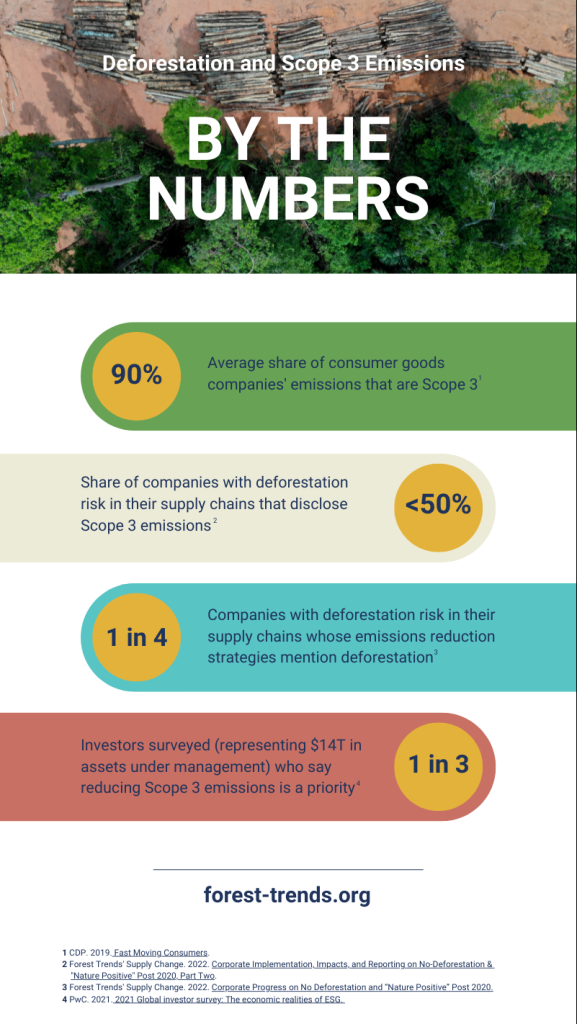 It also makes sense in terms of moving the needle on emissions: as much as 90% of a company’s carbon footprint comes from its “Scope 3” emissions. (Scope 3 emissions are from activities or assets a company doesn’t have direct control over in its value chain, like upstream sourcing and downstream consumption. Scope 1 emissions are direct emissions; Scope 2 are from emissions from energy use.)

Scope 3 emissions have long been the “dark matter” of climate disclosure. We just released analysis showing that though they make up the vast majority of emissions, less than half of companies report data on Scope 3, leaving a major gap in understanding and reporting climate impacts associated with land-use change.

Historically Scope 3 emissions have been overlooked – until now.

Expect to hear a lot more about Scope 3 in the coming months. Investors are starting to focus on them and ask companies for more data. The International Sustainability Standards Board and the US Securities and Exchange Commission have recently drafted disclosure requirements for Scope 3. (Though Republicans are pushing to scrap the SEC disclosure requirements on the grounds that reporting on Scope 3 is too complex.)

Action on Scope 3 would have enormous impact for climate and ripple across the global economy. (One company’s Scope 3 emissions are another’s Scope 1 emissions after all.)

Since deforestation upstream in the value chain is behind such a large share of Scope 3 emissions for everyday consumer goods, action on Scope 3 is also a very, very big deal in the fight to protect forests and other carbon sinks.

We remember well the energy in New York in September 2014 during Climate Week, when the New York Declaration on Forests was launched with great excitement. The NYDF pledged signatories to halving deforestation in supply chains by 2020, and eliminating it by 2030. Virtually no one achieved the 2020 goal. We all underestimated how difficult it would be.

Now we are realizing that climate safety and protecting our planet’s forests are a package deal. We’ll achieve both, or neither.