More and more leading consumer goods companies are taking “Zero Deforestation pledges vows that have made for some strange bedfellows, but are also leading business, government and indigenous community leaders to find the advantages to working together. 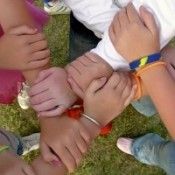 23 September 2014 | Within the last year, the world’s three largest palm-oil suppliers Wilmar, Gold Agri-Resources, and Cargill all made commitments to purge deforestation from their supply chains. The pledges cover 60 percent of globally-traded palm oil, which translates into $30 billion in annual sales. The turnaround came about in part because of pressure from the consumer goods companies that buy most of this palm oil companies such as Unilever, Nestl© and Kellogg’s that are in turn under pressure from non-governmental organizations (NGOs) and consumers.

At an event yesterday hosted by the Ford Foundation and the Climate and Land Use Alliance that previewed the United Nations Climate Summit today, Unilever CEO Paul Polman spoke about business’s role in a climate-changed world.

“It is very clear, increasingly, [to] the business community as well, that although capitalism is fine, capitalism leaving too many people behind isn’t fine, he said. “Capitalism defined very narrowly as GDP (gross domestic product) growth or profit-and-loss growth while we end up not being able to breathe the air or create sufficient jobs for everybody or [we] have these issues with food security or hunger simply isn’t fine.

Polman serves on the board of the Consumer Goods Forum, an industry association representing $3 trillion in annual revenues that in 2010 pledged to eliminate deforestation from its supply chains, addressing forest-encroaching commodities such as palm oil, soya, beef, timber and pulp and paper. Unilever launched a traceability and reporting platform last March and has so far entered 120 palm oil suppliers representing about 1,000 mills into the database.

Destruction of tropical peat forests in Indonesia and other countries for palm plantations releases a huge amount of greenhouse gases. The peat soils of Southeast Asia store an amount of carbon comparable to the aboveground vegetation of the Amazon rainforest, so keeping those forests in tact is critical to keeping global average temperature rise in check.

“If we don’t fix this, then I think we are increasingly being rejected by the same citizens that came out with 400,000 people yesterday on the streets of New York and many other places in the world demanding climate justice, Polman said, referring to the Peoples Climate March that clogged the streets of Manhattan on September 21.

Unilever sells products under more than 1,000 brands, including Dove, Vaseline, Ben & Jerry’s, and Lipton household products that will be in increasing demand as billions of more people move into the global middle class. Speaking later on a panel, Jeff Seabright, Unilever’s chief sustainability officer, said that the company’s efforts on reducing deforestation fall not under a corporate social responsibility strategy, but rather as a business strategy. However, he admitted that NGO pressure has certainly prompted companies to speed efforts on addressing deforestation from palm oil expansion, and its associated emissions.

“I would be remiss if I didn’t acknowledge that some measure of the sense of urgency was a result of Greenpeace showing up at Unilever headquarters in London five years ago and scaling the walls,- he said. “That has an impact, and I don’t think we’d be where we are at this stage without Greenpeace playing the role that they played.

In the wake of the recent murders of Ashaninka leaders in Peru, activists say that securing legal land rights and de-facto protection for indigenous peoples is perhaps the key step to saving forests from the chainsaw and the plow. Abdon Nababan, secretary general of AMAN (the Indigenous People’s Alliance of the Archipelago) and a Toba Batak from North Sumatra, says that the 70 million indigenous people in Indonesia control about 150 million hectares of the country’s land area. Indigenous-controlled forests in Indonesia store roughly 43 Gigatonnes of carbon, he estimates.

Nababan sees a new paradigm emerging in which communities are increasingly holding companies accountable, often by civil action such as blocking roads leading to illegal land concessions. In the past, companies could ask the Indonesian government to mobilize the military or the police, he says, but that doesn’t happen much anymore. He called for advocacy partnerships’ rather than business partnerships between communities and companies, both of which are at a disadvantage when policies don’t define clear land rights.

“Doing business in a better way, that’s the only choice, Nababan said. “The world is more democratic now.