More and more companies are acknowledging that they depend on reliable supplies of clean water just as much as the rest of us do, and a few dozen have promised to make sure they’re replenishing the aquifers and waterways that sustain them. Unfortunately, only a handful have taken meaningful steps towards doing so. Here’s a look at some of the winners, and what we can learn from them. 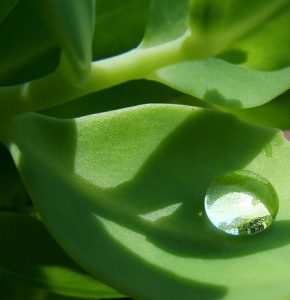 30 August 2016 | It’s been almost ten years since the Coca-Cola Company vowed to “safely return to communities and nature an amount of water equal to what we use in our finished beverages and their production,” with a deadline of 2020 for doing so.

To get there, it teamed up with a broad array of NGOs and government aid agencies, who established clear rules for “replenishing” the aquifers and waterways that make up a watershed, and in 2015 the company announced it had not only reached its target five years early, but even surpassed it by putting 15% more water into the system than it took out.

The company formally announced the results this week in Stockholm, where all sectors of society are congregating for the Stockholm International Water Institute’s annual World Water Week, and the accomplishment puts it at the head of a small pack of peers like MillerCoors, Keurig, and IKEA – each of whom has also teamed up with outside partners to both set and work towards clear replenishment goals.

This tiny pack, however, is dwarfed by a massive herd of corporates that have made similar promises without offering any indication of how they’ll deliver or whether they’re making progress – and it’s not just a water problem.

The Forest Trends Supply Change project, for example, recently looked at a few hundred pledges that companies had made to purge deforestation from their supply chains and found that only about one-third of the companies were actually reporting progress towards those pledges. Likewise, preliminary findings from Ecosystem Marketplace’s upcoming water report show plenty of talk but little action on the water front as well.

“There’s a lot of interest in water replenishment – or ‘water neutrality’ – but companies are still figuring out how to do it in practice,” says Genevieve Bennett, a Senior Associate at Ecosystem Marketplace and lead author of the forthcoming report, expected out this fall.

One group encouraging companies to track their water impacts is CDP, which started out evaluating corporate climate risk as the Carbon Disclosure Project. Now they’re doing the same with water, and Cate Lamb, who heads the water program, says companies are fairly good at measuring their immediate water use, but not the impact they have on the entire system.

Lindsey Bass, the Manager of Corporate Water Stewardship at WWF, says in some cases, particularly in the food and beverage industry, efforts to save water by increasing efficiency in-house cover a minute percentage of a company’s total water footprint.

“Companies should make sure they are good managers of the resources they have control over but if that’s 1% of your water footprint, you can’t stop there,” she says.

One company that got the message is MillerCoors, which is setting water targets for both its breweries (which used 3.3 liters of water for every liter of beer brewed last year) and the farms that grow its barley, malt, and hops. It plans to reduce its “water-to-beer” ratio to 3:1 in the near future, and is embarking on a massive program to engage the farmers that supply it.

Coca Cola embarked on a similar effort with sugar-growers, but it and MillerCoors are exceptions that prove the rule. Both WWF and CDP – along with the World Resources Institute, The Nature Conservancy, and others – are encouraging companies to set targets that will simultaneously deliver conservation and community benefits while reducing corporate water risk. Towards that end, they’re establishing business-specific guidance for setting and achieving corporate water targets, expected out this fall.

Water is different from greenhouse gasses, which are uniform around the world, and setting water targets is, in many ways, more nuanced than setting carbon targets.

“It’s a little bit of a black art at the moment,” says Lamb, because not all watersheds are created equal: each has its own unique set of stresses and stakeholders, and some are more fragile than others.

“If you’re a multinational corporation operating in 25 different watersheds, how do you set a target when the local issues are all going to be different?” asks Nelson Switzer, the Chief Sustainability Officer of Nestlé Waters North America.

What is Water Stewardship?

Lamb and other water practitioners are encouraging companies to set targets at a watershed or basin level, which requires developing a management system that engages with local communities and farmers within the ecosystem – a process that can be slow-moving, but is theoretically more sustainable.

Fortunately for companies, such watershed-level management comes at the end of a multi-step process of water stewardship, which the Alliance for Water Stewardship (AWS) defines as “the use of water that is socially equitable, environmentally sustainable and economically beneficial and achieved through a stakeholder-inclusive process within a watershed.”

WWF describes corporate water stewardship as this multi-step process companies follow to reach an equitable and sustainable stage. It begins with companies understanding their water risk and then taking action internally to use water responsibly. Finally, the process encourages companies to look outside their operations to take collective action and influence governance on using water resources sustainably.

“Businesses are becoming increasingly aware that water security poses a substantial threat to their business, and they’re very keen to take meaningful action to address that issue,” Lamb says.

Also, corporate disclosure has increased: CDP’s water program began reporting on corporate water impacts in 2010 with 145 participating companies. In five years, that number has shot up to 1,226.

While not all companies are willing or able to create a water-replenishment methodology similar to Coca Cola’s, many are taking action in the form of purchasing Water Restoration Certificates. Created by the US-based Bonneville Environmental Foundation (BEF), each certificate represents 1,000 gallons of water replenished, which companies can buy to manage their water footprint and achieve water goals. Bennett says the certificates are widely accepted and used among the business community, and BEF says it has replenished over 13.5 billion gallons of water to critical ecosystems across seven states through the sale of WECs.

And there are other examples of progress. For instance, WWF partnered with several leading organizations such as The Nature Conservancy (TNC), CDP and the Pacific Institute to form the Alliance for Water Stewardship (AWS), which launched the world’s first global water standard in 2014, known as the International Water Stewardship Standard. Intended to drive water stewardship, the standard can apply to any site that interacts with water and any entity, public and private, can utilize it.

It isn’t widely used as of yet, Bennett says, though the AWS did roll the standard out in demonstration sites in countries including Tanzania, South Africa, China, Australia, India, and Pakistan. The AWS plans to revise the standard next year based on lessons learned from these early implementers.

Even with this activity and progress, Bass says the business sector has a long way to go before it becomes a sustainable water user.

“Target setting is critical because everyone needs a North Star,” Switzer says. Though, it remains to be seen if corporate water targets will translate into meaningful action on the ground.