Forests hold great potential to reduce global greenhouse gas emissions and mitigate climate change. But while there is movement in both the public and private spheres to reduce deforestation, progress is slow both in terms of disclosing and delivering on commitments, says two new reports tracking forest commitments. 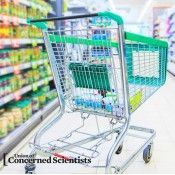 19 November 2015 | Deforestation is hidden in over 50% of packaged products found in supermarkets, revealing, when discovered, complex and global supply chains entrenched in environmental degradation and forest loss. And despite growing awareness, public pressure, the especially hopeful signing of the New York Declaration on Forests (NYDF) and a plethora of other commitments to halt deforestation in its tracks, progress is slow. Brand new data released this week says the global community is not on track to halve forest loss by 2020 or eliminate it altogether by 2030.

In its annual results report, the UK-based nonprofit Global Canopy Programme’s (GCP) Forest 500, a rating system which tracks the activities of 500 “powerbroker” entities in relation to curbing deforestation, says only 8% of the 250 powerbroker companies have zero or zero net deforestation commitments in place. And investment firms fared even worse as less than 1% have adopted sustainable commitments.

“Through Forest 500, we’re able to track not just the good guys but the laggards as well,” Andrew Mitchell, the Founder and Executive Director of the GCP, said during a media launch event.

Likewise, Climate Focus, an advisory company on climate policy, released findings in collaboration with the GCP that specifically assessed NYDF progress. It found signatories behind schedule in meeting the 2020 deadline.

Both these reports coincide with the most recent findings from Ecosystem Marketplace’s Supply Change, another online tracking tool that measures progress on corporate commitments. Commercial agriculture, primarily the production of palm oil, pulp and paper, timber, soy and cattle, drive at least 70% of tropical deforestation, the report says. One year later, roughly half of the NYDF company endorsers disclosed actions taken to secure sustainable supply chains and alter this figure.

It’s not all bleak, as attention shifts from companies that deforest to companies that invest in forests. French bank BNP Paribas committed to zero net deforestation in its agricultural lending, the first Forest 500 investor to do so. The move could signal investment firms to follow. Supply Change also found substantial movement in the palm oil space, attributing it to the Roundtable on Sustainable Palm Oil.

And while there aren’t clear indicators that the pace of forest loss is slowing, considering forest regrowth as an offset would mean the pace of loss is indeed slackening. Climate Focus Director and Co-Founder Charlotte Streck emphasizes that replanted trees can’t replace lost forest ecosystems but the rate of reforestation or afforestation is a positive signal.

Besides this, Streck says one year out from the signing of the NYDF is too soon to assess on the ground actions. That will take months and years. What we see right now is actions, pledges and progress, she says. “However, it is not enough and it’s important to continue monitoring these activities and final results.”

A Time To Act

“We are probably at a better time in history than ever to actually tackle deforestation,” says Andrew Mitchell, the founder and Director of the GCP.  He notes the NYDF as a huge milestone and signal of real progress.

There is hefty private sector support, with companies lining up to remove deforestation from their supply chains, Mitchell says. Plus, countries generally agree on the UN’s rulebook over reducing emissions from deforestation and forest degradation (REDD), known as the REDD+ Rule Book and which participants in Paris hope to polish and finalize while there. Indigenous and forest peoples factor in here too, as their long history of acting as good environmental stewards becomes a better-known fact.

“Even though there has been a slow-down in the rate of recognition of indigenous and community land rights in recent years, there is still huge opportunity right now,” says Andy White, a Coordinator for the nonprofit Rights and Resources Initiative. He notes innovative tools as well as an increase in governments and donor countries recognizing and committing to better forest governance and indigenous rights.

Therefore, Mitchell explains, the time is now to curb deforestation. “You can’t regrow a rainforest like you can rebuild a factory,” he says.

Forests are critically important to the upcoming climate talks in Paris, where international negotiations will establish a global trajectory on climate past 2020. Forest loss is responsible for 10% of all greenhouse gas emissions. Cropland, for which these forests are primarily cleared for, adds another 10% to the emissions rate.

“The emissions caused by deforestation are gigantic and unless those are curbed, we will not win the fight against climate change,” Mitchell says.

“If you put together reducing deforestation, restoring degraded land and regrowing forests, you can reduce total global annual greenhouse gas emissions by something like 24% to 30%,” says Steve Schwartzman, the Senior Director of Tropical Forest Policy at the Environmental Defense Fund (EDF). EDF was one of a few collaborators on Climate Focus’ report.  “It’s a huge opportunity for a solution.”

But the role forests will play in a climate deal remains an open question. Of the 122 country climate plans submitted to the UN Framework Convention on Climate Change, 40 include specific land sector targets. Eighteen, however, have excluded forests and land use from their plans.

Stephen Donofrio of Ecosystem Marketplace notes REDD efforts have great potential to scale up and increase the ambition of these plans overtime.

A Big Role for Forests?

It is expected the deal negotiators make in Paris will be flexible and Streck agrees that this has implications for forests.

“Forests are an important opportunity for climate mitigation and also probably one of the easier forms of mitigation, although it isn’t easy, she says” As an example, she notes that Brazil reduced deforestation by over 80% within 10 years, drastically lowering its emissions.

Schwartzman says the public and private sector need to align in order to put in place incentives that reduce deforestation. He cites the possibility that California’s carbon market may include REDD credits as one example of such an alignment. “This is potentially an extremely important and powerful signal,” Schwartzman says.

He also highlights such successful actions as the soy moratorium or the beef agreement where the Brazilian government mandated beef from illegally deforested lands is illegal. Big corporates like Wal-Mart, then, required legal and deforestation free beef.

A lot more needs to be done but these are important steps, that first mover governments and private actors work together to achieve zero deforestation, Schwartzman notes.

These reports also act as a reminder that deforestation and forest degradation are happening outside of the production of palm oil and other forest risk commodities, which is why the NYDF included a goal developing alternatives for subsistence dependencies on forests. The Global Alliance for Clean Cookstoves is one organization working in this area, distributing clean stoves that not only ease pressure on forests but deliver health and livelihood benefits, particularly to women.

“Cleaner and more effective cookstoves allows for both sustainable development and equitable development within poorer communities,” says Radha Muthiah, the Chief Executive Officer of the Alliance.

Global cookstove distribution has accelerated rapidly, almost doubling each year from 2008 to 2013 with global investments peaking at $260 million. In 2013, carbon finance was the top source of funding for stove distribution.

This sector is moving but more research is needed in order to identify and reach “hotspots” that practice unsustainable wood fuel use, Muthiah says.

While there has been a good amount of attention toward this issue, we do feel there needs to be much more to address all our goals and goals to protect forests, Muthiah says.

White too says more is needed to turn the increased attention towards indigenous peoples’ rights into on the ground action. “Many companies and governments are poised to act,” he says. “We just haven’t seen that translated into actual action.”