Climate change is global, but climate knowledge is localized – in the sense that it’s isolated both geographically and in silos around the world. The Climate Knowledge Brokers Manifesto is an effort to change that by forging cooperation among information portals, and it just may work. 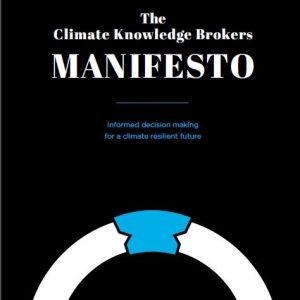 17 September 2015 | No plague, pestilence, or act of pillage has ever telegraphed its intent as early and as clearly as climate change has. It revealed itself to Swedish scientist Svante Arrhenius in the 1890s, and it was identified as a global threat by US President Lyndon Johnson in the 1960s. Individual scientists began devising ways to combat it in the 1970s, and the Intergovernmental Panel on Climate Change found, in the early 1990s, that almost all the scientists who’d studied it thought it was coming on faster than expected. Since then, that consensus among the informed has only grown – even as it drowned in a sea of ignorance, some of it willful.

The reasons are myriad, but one is that we, the “knowledge brokers” of the world, failed to properly understand and communicate the threat, which meant the world failed to take action, which means we now face a dual challenge of not only trying to slow climate change, but of dealing with the consequences of a changing climate brought on by our failure.

We cannot afford to let history repeat itself. Now, as we move into the adaptation phase of the climate challenge, we must make sure that solutions aren’t locked away in silos but instead are pushed into the open, where we can all see what works, what doesn’t and why.  It’s to promote that kind of transparency that Ecosystem Marketplace was founded a decade ago, and why we became a founding member of the Climate Knowledge Brokers in 2011.

CKB was spearheaded by the UK’s Climate and Development Knowledge Network and two organizations from Germany: the GIZ and the Potsdam Institute for Climate Impact Research. It launched with just 21 entities aimed at sharing knowledge and pooling resources, and it has since grown to more than 100 members – spawning countless cooperative initiatives and reaching its own consensus on the need for more of the same.

That consensus led to the creation of the Climate Knowledge Brokers Manifesto, which CKB loaded to its web site this morning. An eight-page introductory is available here, and both are eminently readable.

More than a year in the making, the Manifesto draws on interviews with over 80 people who either generate or use climate knowledge. It starts with the premise that solutions abound, but, as lead author Florian Bauer states, “While our knowledge is technically growing, our ability to process and make use of it is not.”

“The availability and quality of climate related information is uneven,” the manifesto states. “It depends on who and where you are. Some are deluged by datasets, reports, scenarios, toolkits and other publications. For others, especially in developing countries, there is still a lack of relevant information. In both cases the result is similar: people struggle to find what’s useful to them in their daily work.”

In the land-use sectors that we focus on, massive economic forces are co-mingling and converging to drive climate change, while the “good” financing mechanisms are popping up in their own silos – with carbon payments in one silo, watershed payments in another silo, and indigenous people in still another. These should all be dovetailing with efforts to promote green supply chains, but they’re not, and it’s largely because they don’t understand each other.

No single publication can forge that understanding, but if the words in the Manifesto resonate with enough people, action will follow, and so will understanding. In that spirit, I won’t try to summarize the document here. Instead, I encourage you to dive in yourself and see if it resonates. I believe it will. 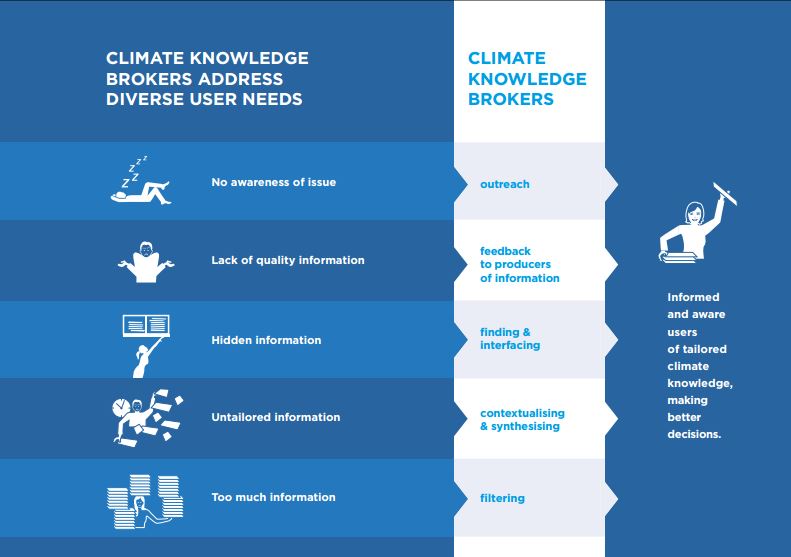 One thought on “Climate Knowledge Brokers Of The World, Unite! You Have Nothing To Lose But Our Ignorance!”