More than half of all peace agreements fail within five years, often because they ignore the role of natural resources in driving conflict. Carbon finance can help end that cycle by promoting sustainable agriculture, but only if proponents understand the particular challenges of building trust in war-torn areas, according to new analysis from Ecosystem Marketplace publisher Forest Trends. 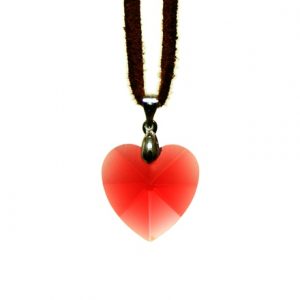 This is the first of a two-part series exploring the linkages between carbon finance and peace-building.

7 July 2016 | Liberian environmentalist Silas Siakor knows all too well what can happen to a fragile nation when a dictator hijacks its commodity sector, as warlord Charles Taylor did in the 1990s – first by using slave labor and “blood diamonds” to finance a devastating civil war in neighboring Sierra Leone, and then by spreading that war to Guinea and commandeering the presidency of Liberia itself.

Siakor helped expose Taylor’s use of “conflict timber” to finance those bloody wars, and he helped make sure farmers, conservationists, and commercial enterprises all had a role in restructuring the forest sector once the sanctions were removed – a process that Art Blundell, who chaired the UN Panel of Experts on Liberia, credits with keeping the country’s current peace alive.

He cautions, however, that Liberia’s peace is the exception that proves the rule.

“The UN Environment Programme says that natural resources are a factor in about 40% of conflicts since the end of the Cold War, and they are often a driver,” Blundell said at last month’s Oslo REDD Exchange in Norway, where he presented findings from recent analysis conducted on behalf of Ecosystem Marketplace publisher Forest Trends. “But if you look at peace agreements, only about 15% of them mention natural resources, let alone call for reforms of governance in a way that will minimize the role of resources in causing future conflict.”

The result, he said in a recent episode of the Bionic Planet podcast, is tragic: “More than half of peace agreements fail within five years, often because belligerents get money from the exploitation of natural resources, like logging, that they can use to fuel the resumption of civil war.”

Liberia has so far avoided slipping back into that cycle, in part because it tore up corrupt concessions and started with a clean slate on forest governance. That peace, however, has a downside of its own: without civil war, the forests are now safe for illegal logging – which is often carried out not by ruthless logging companies, but by desperate farmers looking to feed their families.

As the government steps in to save forests, it risks pitting conservationists against small farmers – something Siakor says has already happened.

“The government has tried to impose [conservation] projects on the people – in protected areas – but people have resisted, and they’re very active in this resistance,” he said at the Oslo REDD Exchange. “The government had to roll back [its conservation efforts] and grant the community the right to manage that particular forest.”

This story has been adapted from the Bionic Planet episode “Climate, Conflict, and Commodities: The Calculus of Peace on a Changing Planet”, which is available on iTunes, TuneIn, Stitcher, and wherever you access podcasts.

Siakor sees a more workable solution in President Ellen Johnson Sirleaf’s efforts to tap carbon finance through the United Nations REDD+ (Reducing Emissions from Deforestation and Degradation of forests, plus other land uses) initiative, which aims to slow deforestation by funding sustainable agriculture initiatives so that farmers aren’t forced to chop trees – a process that aligns the interests of small farmers with those of the forest and also promotes the kind of governance associated with lasting peace.

Such initiatives have proven successful in several Latin American and African countries, and forest-carbon projects are currently being used to conserve forested areas larger than the entire Democratic Republic of Congo, according to the most recent State of Forest Carbon Finance report. Both Siakor and Blundell say that REDD+ can support the peace process in war-torn areas, but only if its implemented in ways that recognize the challenges particular to war-torn regions.

“REDD programs working in the countries have to remember that people have been traumatized,” said Blundell, adding that traumatized people are slow to develop trust. “You have to understand the history of the conflict, the legacy of that conflict in the present, and your interaction with it.”

For a deeper understanding of REDD+ and forest carbon, check out:

“When you’re designing a REDD programme, the main objective is not [to get] money for planting trees,” said Samper, who said that, from his perspective, the role of REDD+ is to “transform those drivers that are resulting in deforestation into more sustainable activities that will lead to a reduction of the conflict – social, environmental – and generate opportunity’s, generate jobs, and generate income for the population.”

Blundell’s analysis shows that more than half of the countries developing REDD+ initiatives have experienced organized armed conflict since 2008, when the UN first started considering REDD finance.

“The governance reform that’s required for peace building is very much what is also required by REDD Readiness,” he said in Oslo, referring to the process of getting a country’s ducks in a row. To be “REDD Ready,” countries must not only be able to demonstrate that the government can accurately monitor its forests, but also to show that their forest people and small farmers are engaged in the governing process.

“REDD+ offers a plausible alternative to sectors that have contributed to conflict, such as industrial forestry and plantation agriculture, and governance reform associated with REDD readiness can contribute to ‘environmental peacebuilding’,” his analysis states. “But to be effective, REDD+ must address challenges unique to countries attempting to recover from conflict.”

“These are people who did well through war…and they can take advantage of grievance to go back to war to protect their own self-interest: their power and money streams,” he said.

Siakor agreed, and said that Liberia’s reforms were designed to make sure no vested interests are in a position to disrupt forest governance.

“We are building on the good elements of reform that have been initiated, bearing in mind the possibility that some of the spoilers could take advantage of it’s not designed very well,” said Siakur. “The logging companies come at the very top, wanting business-as-usual.”

Ironically, Blundell says, Liberia’s forest reforms are not enshrined in the peace agreement itself, but instead emerged from the agricultural and environmental communities, with support from the World Bank and some outside governments.

The Siren Song of Industrial Forestry

REDD+ proponents also face a perception problem: namely, that money flows quickly and abundantly from massive soy and palm plantations, but trickles only slowly from REDD+.

Blundell says both perceptions are wrong, and Samper adds that even when money does flow to illegal or industrial activities, it rarely makes its way to the laborers on the ground.

“If…the actual miners or the people who are growing the coca leaves (for cocaine production) were receiving the economic benefits from their products, then it would be very difficult [to win support for REDD+ or sustainable agriculture], but the reality is that the [laborers] make very little money,” he said. “The reality is that they are under a situation where they are, a lot of times, forced to do this work; and the reality is that, when you talk to them, they all say that, given an opportunity, they would move away from those activities.”

REDD+ funding tends to flow more effectively to farmers, and it also flows earlier than it did in the past, when payments for performance only followed after years of validation and verification. Today, payments tend to come intermittently over the course of a project, and more money should flow as companies implement the Paris Agreement.

“Right now, the question that people ask is, ‘Where will the money come from to pay for the carbon?  Are you relying on the market?  Will there be sufficient money?’” he says, adding that mining companies have given more than $80 million towards local communities in the last few years.

One thought on “Climate, Conflict, And Commodities: The Calculus Of Peace On A Changing Planet”