The legally binding global agreement to reduce emissions, combined with climate change’s move into first place as a World Economic Forum risk to society and explosive growth in green bonds are among the clear signals to investors that infrastructure investments must increasingly be low carbon, says a longtime financial journalist. 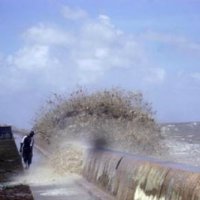 This article is cross-posted on the P3 Planet blog. Click here to read the original.

3 February 2016 | Unless you’ve been living under a rock, you may have noticed that  climate change investing is finally starting to get the widespread attention it deserves.

In this regard, December’s COP 21 Paris Climate Change Conference was the watershed moment we’d been waiting for. The signed document that came out of that particular event legally binds all countries to work towards limiting the rise in average global temperature to less than 2% from pre-industrial levels. In terms of adaptation effort, it also brings clarity to how the government and business need to proceed with their investments in the physical infrastructure.

“COP 21 was a clear signal to business that any investment in infrastructure has to be low carbon,” Laetitia De Marez, senior climate policy analyst at Climate Analytics Inc. in New York tells P3 Planet. She says the international agreement to limit CO2 in the atmosphere means that governments can no longer commit public funds or, for that matter facilitate private sector funding for carbon-intensive projects. Beyond funding issues, she believes there is a growing risk that these investments will create “stranded assets” as economies shift towards renewables.

Stranded assets are investments, such as those in fossil fuels, technologies or related businesses, that suffer premature write-downs or conversion to liabilities. This reduction in their value becomes more likely as regulatory, tax and other indirect costs penalize the burning of carbon.

The speed with which climate change has moved to the top of the global agenda is evident in January’s World Economic Forum 2016 Global Risks Report. The 11th edition of the report found that the possible failure of climate change mitigation efforts is for the first time the top concern among survey respondents. What’s more, concerns about cascading risks related to climate change, including water crises and large scale involuntary migration are now in the top five concerns in terms of potential impact.

There is also a growing recognition of the investment opportunities in delivering the physical infrastructure that addresses climate change risks. Business leaders understand that green infrastructure, whether for public transportation, renewable energy or climate adaptation projects such as flood barriers, sea-walls and coastline conservation, is a good investment in and of itself. Not only do these  investments help to safeguard human and natural habitat, they are capable of generating  stable  long-term returns.

Mobilizing the private sector is important for two reasons. One is that we live in an age of fiscal austerity and constrained public budgets. This means that achieving any of the targets set by the United Nations Framework Convention on Climate Change (UNFCCC) will require private sector funding, particularly in underdeveloped countries. The other is that many investments in public infrastructure generate economic growth in both the short and long-term that more than justifies the initial expense.

One UNFCCC-supported approach to tapping into the financial resources, efficiencies and technologies that the private sector brings to efforts to tame global warming is through the Public Private Partnership model.

PPPs are partnerships between public institutions or non-governmental organizations (NGOs) and private sector developers, who in addition to providing expertise bring their own financing to the table. In the context of climate change mitigation efforts, they have been already been successfully used to support forest and coastal wetlands conservation efforts, among others. Looking ahead to the growing challenge that global warming poses to existing economic and social infrastructure, their use is becoming even more important as the rising cost of adaptation places a greater burden on public finances in both developed and developing economies.

The growing interest in attracting private sector investment to climate change mitigation also comes at a time when there is strong structural investment demand for the assets that are created.

Institutional investors in the developed world, particularly those with very long investment horizons such as public pension funds, are finding it challenging to meet their liabilities as more and more baby boomers reach retirement age. More than a decade of low interest rates has meant that many of these funds can no longer expect government bonds to provide the yield they are committed to paying out to pension recipients. As a result, trillions of long-term investment dollars are searching far and wide for high-quality cash-generating investments backed by physical assets with sufficient yield to cover their liabilities. And this increasingly points them towards investments in green infrastructure projects.

Governments, typically burdened with shorter-term political priorities, have consistently failed to make the necessary long-term investments that would put a dent on this deficit. Many have also been unwilling or unable to incentivize private sector investment by extending credit guarantees, and some do not even have the legal and regulatory structures in place. A further complication is that some of the private sector banks that used to play leading roles in arranging project financing have withdrawn from the sector since the financial crisis.

One important development has been for pension funds, private equity firms and other long-term investors to take on leading roles in the financing of PPP projects themselves. In more and more cases, this means leaving their comfort zone and find new ways to manage the risks involved in early stage investment.

Public sector authorities around the world can do much to encourage this trend at minimal cost. Among the several ways they can help to incentivize private sector investment in climate resilient infrastructure would be to adopt PPP enabling legislation. Beyond this, governments should  provide credit guarantees to enhance the credit quality of debt funding for specific projects, remove structural impediments to infrastructure development, and promote best practice by establishing local centers of excellence.

A multilateral facility whose advancement would also support these efforts is the UNFCCC’s Green Climate Fund. This fund is designed to encourage programs and policies to support thematic investments in climate change mitigation, such as in climate resilient infrastructure for developing countries. It currently has more than $10 billion of funding in place and a goal of raising $100 billion by 2020. But the fund, which was established more than five years ago, is beset by disagreement over board transparency, country ownership and the role private enterprise should play in financing solutions. Developing countries want fund resources to focus on financing locally sourced solutions that support small- and medium-sized businesses. But developed countries are pushing for a Private Sector Facility that focuses on tapping into the huge capital resources available from institutional investors.

Other facilities for attracting private investment to climate change mitigation projects are faring better. Early progress from multilateral and national development banks in developing a global market for Green Bonds has led to explosive growth in the past three years. New issuance topped $41.8 billion in 2015, and is expected to rise to $100 billion in 2016, according to the Climate Bonds Initiative.

Governments and public sector authorities at every level can help to deepen the liquidity of this market further by issuing their own green bonds. But they should also consider offering credit enhancements such as guarantees to improve the risk profiles of important projects. Tax incentives are another tool that could be used to attract long-term investors.

What the world’s climate cannot afford is a drawn out debate over modalities. Global warming is a reality that cannot wait for consensus. We need to act now.

Henry Teitelbaum is the Editor of the P3 Planet blog and an international financial journalist. He can be reached at Henry@p3planet.com.