After ten days of mid-year climate talks in the former German capital of Bonn, carbon market participants have migrated up the Rhine to Cologne for the annual Carbon Expo, where the theme is “Advancing the Future of Climate Markets, Finance and Technology”. 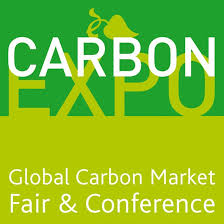 25 May 2016 | COLOGNE | Germany | The World Bank and the International Emissions Trading Association (IETA) each released reports in the opening hours of Carbon Expo here to address the untapped potential of carbon markets to drive lower greenhouse-gas emissions.

The World Bank’s effort, called “Carbon Pricing Watch”, showed that governments raised roughly US$26 billion from charging for carbon emissions in 2015, up 60 percent from 2014, as Korea, Portugal, Australia, and the Canadian Province of British Columbia launched new initiatives.

IETA’s survey of market participants showed that more than 80% of them expect existing carbon in the near future, compared with 58% before the Paris Agreement.

The World Bank’s report is a preview of the State and Trends of Carbon Pricing 2016, which will be launched later in the year, and it projects a doubling in size of carbon markets to $100 billion if China implements its plan to launch a national emissions trading scheme (ETS) in 2017.

As of today, the report notes, 40 countries and over 20 sub-national jurisdictions – cities, states and regions – accounting for a quarter of all greenhouse gas emissions have already put a price on carbon.

Putting a price on carbon pollution is essential to help countries deliver on their promises for the Paris climate change agreement, as it’s an efficient and effective way to help cut emissions and send a clear signal to the private sector to invest in into cleaner, greener growth,” said John Roome, Senior Director for Climate Change at the World Bank Group. “As more countries move to put a price on carbon pollution, we’ll see the benefits to people’s health, the environment and more investments towards a low carbon future.”

“Pricing carbon can send an important signal to the market,” added Vikram Widge, Head of Climate and Carbon Finance at the World Bank Group. “As more countries move to price emissions, we will begin to realize the considerable potential to shift global financing flows away from carbon emissions and into much needed climate smart investments.”

“This is the first real test of market sentiment since the Paris Agreement – and the mood is clearly positive,” says IETA President and CEO Dirk Forrister. “The inclusion of markets in the agreement has boosted morale and opens the door for further opportunities for business to engage in carbon markets around the world.”

“We are particularly interested in the prospects for new markets taking seed in the coming years – especially as more than 90 governments stated that market access is essential to fulfilling their Paris pledges, according to analysis by IETA and Environmental Defense Fund.”

The carbon price respondents feel is needed to achieve the Paris Agreement’s objective to limit warming to well below 2°C jumped by a third this year, to €40. This is in stark contrast to their expectations for prices in major carbon markets from now until 2020, ranging from €6 to €15.

“The gap between price expectations for major markets and the price required to achieve the Paris goals reflects the difference between ambition and reality,” says Forrister. “This needs to be addressed urgently if the world’s political aims are to be met.”

“This survey sends a clear message that governments need to get serious about carbon pricing or they won’t hit the Paris targets,” says Jonathan Grant, Director, PwC, who performed analysis on the survey. “IETA members have highlighted the yawning gap between current prices and what’s needed to achieve the Paris objectives.”

He adds: “With such low carbon prices, some will question whether the policy is working and changing business decisions or if it has become just an administrative burden on companies.”