Ecosystem Marketplace published more than 200 stories last year, and most of those focused on forests or forest carbon finance. Today we wind down the year-end retrospectives with a look at the pivotal stories in forests and forest carbon. 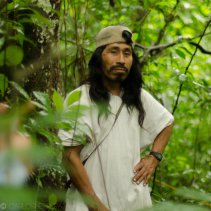 3 January 2017 | Last year opened with the healthy tailwind of the Paris Climate Agreement and the role of forest carbon finance firmly embedded in it. We spent the bulk of the year examining the agreement’s development before looking at Plan B after the election of Donald Trump.

In “REDD+ In The Paris Climate Accord: A Summary”, we offered a clear and simple summary of the role within the agreement for forest-carbon programs that save endangered rainforest and promote sustainable land management (REDD+).

We then turned to the markets component of the agreement as Germany, Japan, and New Zealand began shepherding the world’s carbon markets towards compatibility with each other in a two-part series that began with “Building On Paris, Countries Assemble The Carbon Markets Of Tomorrow” and culminated with “The Road From Paris: Green Lights, Speed Bumps, And The Future Of Carbon Markets”, which waded into the accounting challenges of building cross-border carbon markets.

Our focus then shifted to the United States, where forests, farms, and fields, sponge up roughly 15% of the country’s industrial greenhouse gas emissions. That carbon sink, however, could go up in smoke as forests age, urban areas expand, and the climate changes. We looked at how carbon finance, green bonds, and a dash of policy coordination could help ensure a robust sink for years to come in a piece called “Forests, Farms, And Fields Absorb 15% Of US Carbon Emissions, But Face Uncertain Future. Here’s How To Save Them”.

Turning to Indonesia, we examined that country’s new forest-carbon accounting system in a piece called “Indonesia Aims For Top-Tier Carbon Accounting Across All Land Types By 2018, But Peat Proves Problematic”, the title of which kind of says it all.

In April, the World Bank unveiled its new five-year forest plan, which aims to deliver support for sustainable management of forests by shifting away from isolated projects and towards programs more carefully incorporated into national strategies. We covered this in a piece called “With New Forest Strategy, World Bank Aims For Action Over Experimentation”.

Meanwhile, African countries – which have historically given conservation short shrift when offered hard cash for prized rosewood – began reacting to the impact this was having on forest-dependent communities. We covered their reaction in “West African Countries Come Together To Address Illegal Rosewood Trade”.

In Brazil, soybean buyers extended their ten-year moratorium on soy from farms that grow at the expense of forests, which we covered in “Soy Sector Extends Moratorium On Amazon Soy. Now, Can They Expand It?”, before heading to Bonn, Germany, for mid-year climate talks. Those culminated in a piece called “Bonn Paves The Way For Integration, Implementation And Action In Marrakesh”.

After that, our attention turned to the various strategies that companies are using to drive down emissions in “Users Of Voluntary Offsets See More Sophisticated Carbon-Neutral Strategies In 2016”.

Then we shifted to the UN’s Sustainable Development Goals (SDG), which were released at the end of 2015 and officially link climate protection with poverty alleviation, biodiversity conservation, and the empowerment of women. In the carbon world, they’re becoming a sort of de facto benchmark for the non-carbon “co-benefits” that so many have worked so hard to create. We explored that in “Emissions Reduced, Lives Saved: New Metrics For The New Normal”, and then offered a super-simple introduction to the SDGs in “Why The UN Sustainable Development Goals Really Are A Very Big Deal”

Then came Brexit – the first sign that something was out of kilter in the Western electorate – and we offered our take in “What Does Brexit Mean For Illegal Logging And The Global Timber Trade?”

By then, Colombia’s peace process appeared to be stampeding towards ratification – largely because it was built on the fair and equitable distribution of natural resources. We examined the role that sustainable agriculture can play in helping to building trust in war-torn areas, in a piece called “Climate, Conflict, And Commodities: The Calculus Of Peace On A Changing Planet”. The peace agreement was put on hold after another surprising referendum, but signed by year-end.

With Fall approaching, we turned our eyes to year-end talks in Marrakesh in a piece called “The Missing Link In Protecting Forests? The Private Sector”, which set the stage for a potentially large story that broke in October, when 65 countries representing 83% of international aviation agreed to cap their greenhouse-gas emissions from international flights at 2020 levels from 2021 onward – in part by forcing airlines to offset emissions above that threshold, perhaps by funding programs that save forests and support sustainable agriculture around the world. We covered that in “Will New Aviation Deal Save Forests?”.

Then it was on to Marrakesh, which opened with the election of Donald Trump as president of the United States. Within hours of the election, we posted a piece that has since proven to be weeks ahead of the competition. Called “Can Individual US States, The Private Sector, And The International Community Fix The Climate Despite Trump Election?”, it took stock of the paths forward in a climate world without federal US leadership.

Those findings were reiterated several times in the weeks ahead, especially in “Investors See Rockier Road To Low-Carbon Economy Under Trump, But No Dead End” and “Hundreds Of US Companies Urge Climate Action As John Kerry, Others Calls For More “Business Diplomacy’”.

If you’re more inclined to listen than read, check out “Voices From Marrakesh“, on the Bionic Planet Podcast, available on iTunes, TuneIn, Stitcher, and pretty much anywhere you access podcasts, as well as in three recent stories on Ecosystem Marketplace.

You can access all editions of Bionic Planet through the links above, or you can also stream the most recent edition here:

We also published a quick-and-dirty edition shortly after the election, including unedited interviews with former Canadian negotiator Peter Graham, Naomi Swickert of the Verified Carbon Standard, and Mike Korchinsky:

Voices from Marrakesh, in Order of Appearance